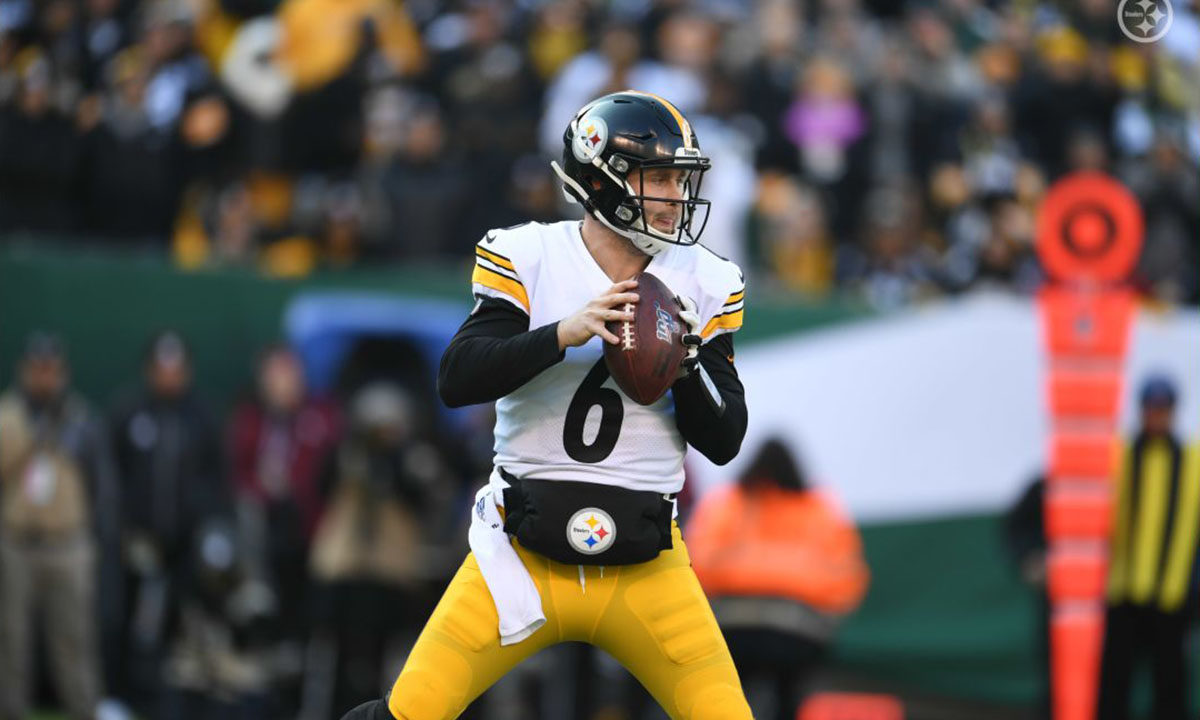 A week removed from a stinging primetime loss to close the home slate of games at Heinz Field for 2019, Devlin Hodges looked for redemption from a four-interception, four-sack game against the Bills with a trip to face another New York-based team in the Jets.

The Steelers could’ve used the win against Buffalo to try and keep their postseason hopes alive, but not all was lost: win against the Jets and the Ravens, and you could get into the playoffs.

This was, assuming, they could beat the Jets, and presuming the Ravens would sit some of their starters with a first round bye all but sewn up.

However, the tank was near empty for a Steelers team which finally had James Conner and JuJu Smith-Schuster back on the field, at the same time. Pittsburgh’s offensive woes would carry into New Jersey, in a “revenge” meeting with Le’Veon Bell, who signed with the Jets after a long two-year contract dispute with the Steelers.

Bell would be featured heavily in the Jets first series, touching the ball five times on an 11-play, 75-yard drive that ended with a Sam Darnold pass into traffic to Robby Anderson, who got both feet down with a diving catch in the back of the endzone.

The Steelers would attempt to answer, but fall behind 10-0 as an interception and a punt ended a pair of first quarter drives.

When Hodges’ next pick came early in the second quarter, Mike Tomlin finally pulled the plug on “The Duck”, going back to his original Big Ben “Plan B” Mason Rudolph, who was unceremoniously sidelined weeks earlier after struggling against the Browns and Bengals.

Rudolph’s first drive didn’t do much damage, but his next two would get the Steelers back in the game.

Part of that comeback was the usual dose of T.J. Watt, who was firmly planted as a Defensive Player of the Year award candidate. Watt would get to Jets QB Sam Darnold ripping the ball from him for a turnover which setup the Steelers on the Jets 41.

From there, Mason Rudolph orchestrated a short drive, capped off by a 29-yard touchdown pass to, and amazing catch by, Diontae Johnson.

This knot the score at 10-all at half.

Unfortunately, not much else could be said about the Steelers offense the remainder of the game, as they would punt five straight times, gaining all of 34 yards in the third quarter and 27 net yards in the fourth: with their final drive ending turned over on downs.

The Steelers defense still did their best, but they could only do so much as the offense couldn’t stay on the field and relinquished poor field position to defend. The Jets would add only two more field goals in the game, but those six points were enough for a decision, as New York defeated Pittsburgh by a final score of 16-10.

However, the real loss for the Steelers were the numerous injuries throughout the game. Mason Rudolph, who sparked the short comeback, left in the third quarter and never returned: for the season. Rudolph would be placed on IR with a broken collarbone a day later.

Maurkice Pouncey and James Conner would be both sidelined as well, with neither returning for the last chance at making the playoffs the next week in Baltimore.

The Steelers were in disarray the entire 2019 season; however, Week 16 may have been the exclamation point on a dysfunctional year.