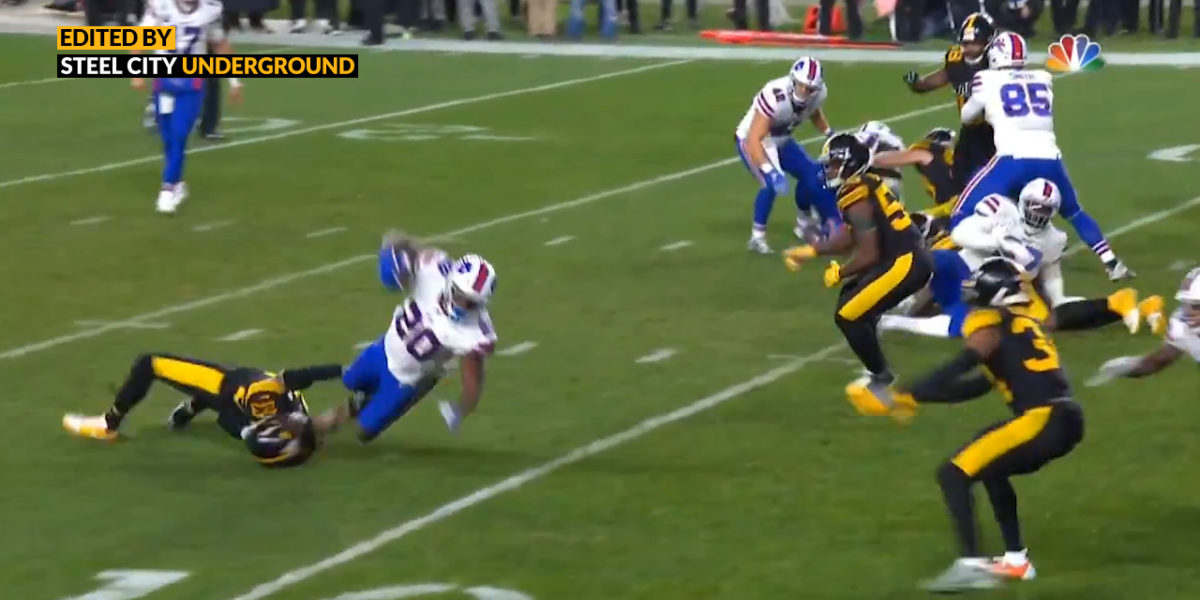 In a game flexed to primetime on Sunday Night Football, the Pittsburgh Steelers faced the Buffalo Bills in a game that had major playoff implications.

Clinging to a marginal three-point lead at the beginning of the fourth quarter, the Steelers defense had their collective backs against the wall. A Devlin Hodges interception, returned 49 yards by Bills CB Tre’Davious White, setup Buffalo’s offense on the Pittsburgh 18-yard line.

The Steelers run defense nearly stopped the Bills to a 3-and-out, but an official measurement saw the opponent get just enough for a first down (literally by the nose of the football).

Now on the Pittsburgh 8-yard line, Buffalo was primed to potentially go-ahead in the game, but the Steelers defense had other plans, as all three of the Bills plays would be stopped with big tackles resulting in a loss of yards.

On second down, Steelers LB T.J. Watt combines with fellow LB Vince Williams to stuff Gore once again for a loss of 5.

And on third down, the Bills would attempt to run the ball again, but Watt would come up with a huge diving tackle similar to Haden’s two plays earlier, stopping RB Devin Singletary for a loss of 3.

In total the Steelers defense would push the Bills back ten yards to the Pittsburgh 18 and force them to attempt a game-tying field goal rather than give up a go-ahead touchdown. It was a tremendous series following an unfortunate turnover by the offense, yet it wasn’t enough to help put the Steelers over the top in this contest as they would fall by a final score of 17-10.