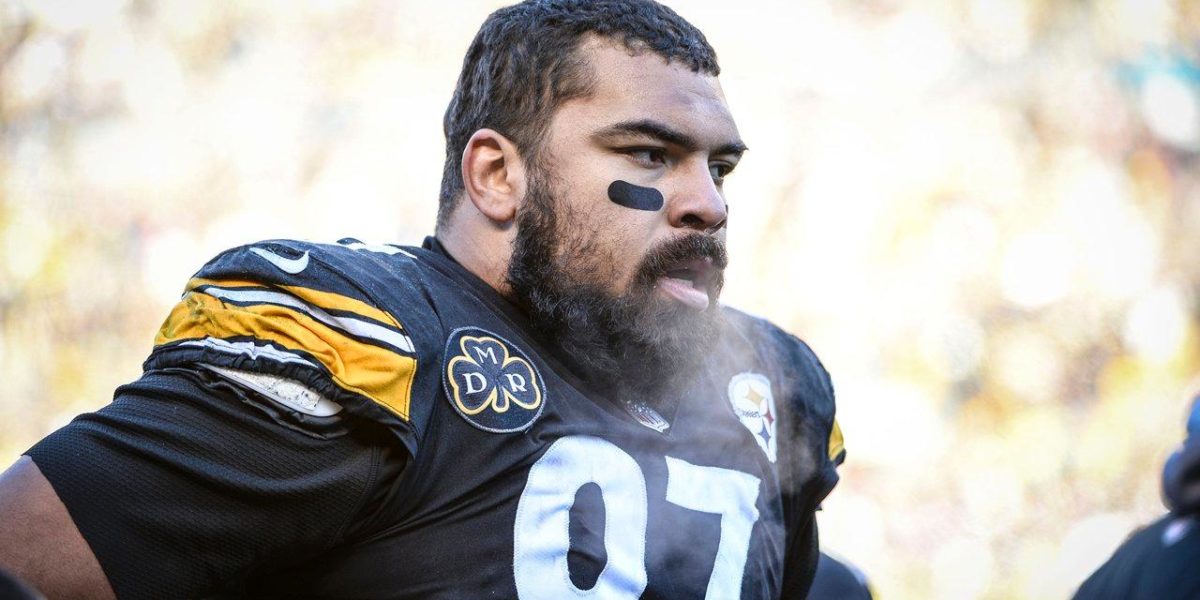 It’s been a while since I put “virtual” pen to paper and wrote something for the site. To tell you the truth, I was hesitant to do this piece, simply because with my luck making any predictions or prognostications on the upcoming season might doom it (as in – cancelled!). However, I’m trying to be a more optimistic curmudgeon so why not just assume that all goes well, the season gets played and life is filled with rainbows and buttercups, right?

Regardless, I’m going to go ahead and put my stamp on a 53 man roster prediction – Grown Ass Man style!

Note: these projections assume all players are healthy and not a part of the COVID-19 reserve list.

Ben is back, and looking slim and trim (kind of like me, so I approve). There is no question that this remains his team, and as long as he is healthy and good to go – he starts.

After Ben, it’s Mason Rudolph. The experience Mason got last season will be a boon to him as he undertakes the responsibilities of the primary backup. It’s Mason’s job to lose, and while frequent listeners to the podcast know I’m not ultra high on Mason, I do believe he’s an adequate, if not better than adequate backup.

As to the third quarterback, you might think the arrow is pointing in the direction of Devlin “Duck” Hodges, based on the experience he gained last season. However, experiences can be both good and bad, and what I believe we discovered last year are the limitations that are necessary when Hodges is in the game. There are throws that Duck just can’t, and probably shouldn’t make, and it limits the offense drastically.

In truth, Hodges has the inside track, but if Paxton Lynch (a former first rounder) can do enough to take advantage of what is likely his last opportunity I think he has a better than good chance to beat out Hodges for the third roster spot. In either case, whoever doesn’t make the team is a likely candidate for the practice squad with it’s expanded roster.

Watt is a no brainer here: You don’t spend the money they spent on a FB to have him cut. He’ll make the team.

Conner is as close to no-brainer as you can get. He’s only a year away from being a Pro Bowl caliber player, and while I stand by the likelihood that this is his last season as a Steeler (barring a major discount when it comes to contract negotiations), he’ll make the roster and will be the starter.

Snell and McFarland are both almost certainties as well. Snell didn’t show enough to supplant Conner last year, but he did enough to warrant another season. McFarland being a rookie and really a different kind of player from everyone else will stick around, though he may not get a helmet during the early part of the season.

Samuels is the question mark here. 5 running backs is a lot. I don’t know that Samuels would slide into the practice squad, so he likely has to be on the roster if they want to see what the new influences of Matt Canada can provide, but I think we may have seen Samuels’ ceiling last season, and it isn’t that high. I have him on the bubble as a cut if somebody else makes a push or there is a greater need elsewhere.

Smith-Schuster, Washington, Johnson and Claypool are all guarantees in my view. There is no way they don’t make the squad. Is it possible Claypool sits (much like McFarland) early in the season? As my esteemed colleague Joe Kuzma wrote in his 53 man projection, it sure is possible. This is one of those spots where, if Claypool needs more time, it may mean that an extra spot is needed.

But I’m being optimistic, remember? I am optimistic that despite the “Ben” effect, Switzer has seen his last minutes as a Steeler. Ryan Switzer is a good human being, and I like him, but I am tired of seeing his act on the field. Deon Cain should get the nod. If they decide to keep 6, I’d take Saeed Blacknall over Switzer.

McDonald and Ebron will be your primary two tight ends. The real question is can the Steelers slide Zac Gentry onto the practice squad or not? If they can’t, you can put his name in instead of Raymond, but if they can, I think Raymond provides a better option.

The Steelers normally keep 9 lineman, but the truth is that outside of the starters, there isn’t anyone who screams out that they have to be kept on the roster. I like what Derwin Gray has to offer, but I think he can slide onto the practice squad and stick there – he hasn’t shown enough to make him worth a roster spot on someone else’s club unless they are beyond desperate.

In a word, yes. Why? Because until Stephon Tuitt finishes a season without injury I think you need the depth. Do I think Carlos Davis is ready? No, probably not, but I think recent history suggests that you might need an extra body. Even the OG Grown Ass Man (Cameron Heyward) needs a rest every now and again. Alualu and Heyward are both getting a bit older, so it’s very possible that injury risks are greater for them as well.

Let’s start inside. Spillane is not a real answer here, and the inside depth is woeful at best. I love the potential of Ulysses Gilbert, and see him as the potential Vince Williams replacement in another season, but beyond him, there isn’t much of anything, and you can’t go in with the cupboard that bare, so Spillane stays (barring some free agent signing or trade).

I kept an extra edge guy for multiple reasons. T.J. and Bud both like to stay fresh, and will hit the sidelines during games when they feel they need to. That means you need bodies to take those snaps, and Ola has been a bit injury prone. With the unknowns that always come with a rookie (Highsmith) that means keeping an extra body. So Tuzar Skipper might get the nod.

This is the best group of corners the Steelers have had in years, as a group, they might be the best in the league. That’s right, I said it. Fight me.

I am going to agree with Joe Kuzma here and say that Dangerfield and Riley both make the roster simply because of their veteran status, and the need for depth.

Brooks, in my view, is in need of time before he hits the field, either as a safety or a “dimebacker”, but he could be one of those puzzle pieces that helps down the road.

Canaday will, barring injury, be the long snapper.

Boswell and Berry, as I often say, are always on the verge of being cut. All kickers are. If you use your foot as your primary interaction with the football, you are expendable.

That being said, Boswell is the most consistent kicker the Steelers have had in a while, and he will be there.

Berry, well, let’s hope for the best. Unless Corliss Waitman makes a Pro Bowl level kick every single opportunity he gets, he won’t beat out the veteran.