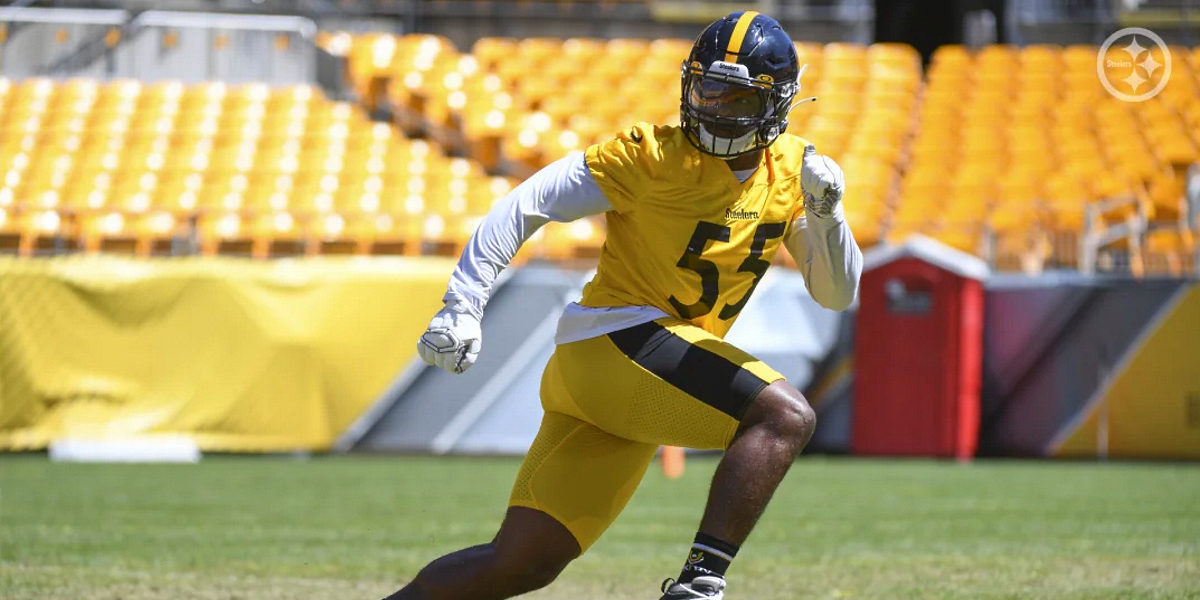 Steelers linebackers looking to capitalize on speed, athleticism in 2020

The Pittsburgh Steelers are fortunate in the fact that they have most of their linebacker corps returning in 2020 after a very successful 2019 season. There are some questions about depth, mainly among the inside linebackers, but reports from camp seem to indicate that the defense is quick and in overall excellent shape for the upcoming season. The linebackers look to capitalize on their speed and athleticism to create an even more-competitive positional ground in 2020.

Last season, the Steelers drafted Devin Bush in the hopes that they’d finally address an issue in the middle by grooming an athlete that could not only cover sideline-to-sideline in the run game but be able to give them better drop-back coverage. Bush proved his worth early and often throughout his rookie season, making Mark Barron expendable during the offseason for Pittsburgh. One area Bush was not comfortable with during his rookie campaign was being the ‘quarterback’ of the defense, the primary communicator.

Bush has spent time with veteran middle linebacker Vince Williams, who Keith Butler plans to use much more often this season, during training camp working on technique and communication. “The more you make calls, the more comfortable you get with it,” Williams said on August 5. “(Devin) is just taking it in stride, watching me, seeing how I do things and learning.”

The above duo combined for 3.5 quarterback sacks, five fumble recoveries (including one touchdown, as a result, by Bush), two interceptions, 11 quarterback hits, 13 tackles for a loss, and 90 tackles.

Second-year player Ulysees Gilbert entered camp with high expectations after showing strong potential in 2019, mainly during the preseason. Gilbert and Robert Spillane, who also sparked interest during the preseason and was brought back to the team after missing final cuts, are taking advantage of being in the system and understanding what Butler and Tomlin expect as far as preparation and execution. Spillane could play a pivotal role on special teams as well in 2020.

The Steelers signed undrafted rookie free agent Leo Lewis to bring into camp while they parted ways with John Houston, Christian Kuntz, and Dewayne Hendrix. With depth an issue, at this point it looks like Lewis will be a reserve inside linebacker unless Pittsburgh opts to only keep four players at that position.

The Steelers have plenty of options on the outside. T.J. Watt was a monster on the field in 2019 and ended last season ranked among top defensive layers in the National Football League. He finished third in Defensive Player of the Year voting. As an edge player, Watt is fast, strong, and has great athleticism which allowed him to become a turnover machine (he forced the most fumbles in the league in 2019) and still produce pressure on opposing quarterbacks. Opposite Watt was an improved Bud Dupree who created a place at the table for future negotiations with the Steelers after registering 11.5 sacks, 17 quarterback hits, and four forced fumbles. Dupree looks solid heading into the season despite the franchise tag.

Third-round draft selection Alex Highsmith is the presumed number three outside linebacker by many NFL experts but he’s competing with Ola Adeniyi, Tuzar Skipper, and James Lockhart. Highsmith is the type of rotational player with athleticism to be both a pass rusher and a difference-maker on special teams. Adeniyi was mainly used on special teams last season and Skipper saw time on and off again with the team after a decent preseason with the Steelers. Skipper saw no playing time during the regular season, however. That may leave the door open for Lockhart, a two-year letter winner at Baylor (2018-19) and a two-year letter winner at Texas A&M (2015-16) at weak-side defensive end, who transferred programs to finish his master’s degree.

Today's #Steelers Practice Report: Maybe a bit of progress in the search for depth at ILB, and the veteran QB is wasting no time developing a rapport with the rookie WR. https://t.co/FnQwKLncLb