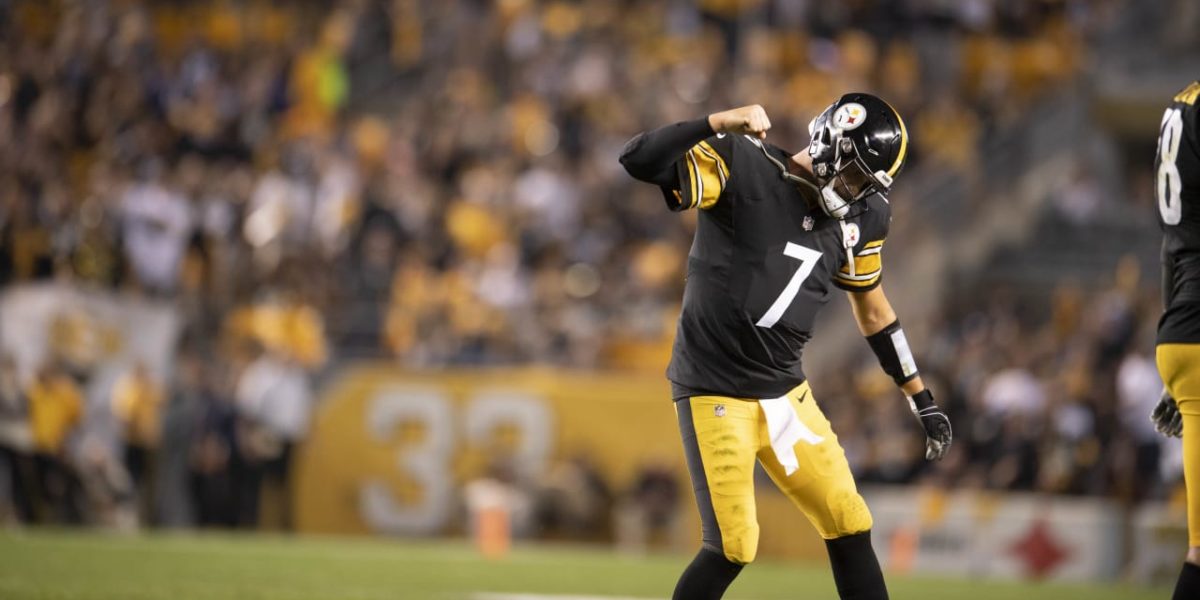 The Pittsburgh Steelers are “all in” on the 2020 season

Within a week the 2020 Pittsburgh Steelers went from questions to answers. The deadline for the cutdown to 53 players on a roster, as well as forming a 16-player practice squad have now come and gone, and not without some surprises.

Where the Steelers had questions, such as who the starting offensive linemen may be, who will pull return duties or how much depth they may have at inside linebacker or safety have all been answered – and firmly.

It’s these moves that have shown the Steelers as being aggressive throughout the last year. It’s something poker players may call as “all in” when all of their chips are pushed in the middle and they have nothing else to lose.

And the Steelers have nothing else to lose as their first game approaches and Ben Roethlisberger ages another year. Missing for almost the entire 2019 season, and having failed to make the playoffs in 2018 after a disappointing decline in December, Pittsburgh is reloading and looking to rebound back near the top of the AFC.

In their time away from the spotlight the New England Patriots have been gutted, losing perhaps the most decorated quarterback in NFL history in Tom Brady. But new challengers, led by young quarterbacks, have emerged in the defending Super Bowl Champion Kansas City Chiefs and a 14-win AFC North division champion Baltimore Ravens team.

Yet, 2019 was not a lost season. Pieces that were considering missing to complete the defensive puzzle were added: CB Steven Nelson, LB Devin Bush, and perhaps most importantly, Minkah Fitzpatrick. T.J. Watt and Bud Dupree both stepped their games up, with Watt going as far as being considered a league defensive MVP.

But the Steelers were far from content, bolstering both sides of the ball with shrewd moves this offseason. Eric Ebron was signed to pair with Vance McDonald at tight end. Chase Claypool and others were added in the draft.

Derek Watt joins his brother T.J. in filling a fullback role which was absent for most of last season as well as Pittsburgh snagging Chris Wormley from their rival Ravens in a rare inter-division trade.

However, the Steelers weren’t done yet. While there appeared to be weaknesses at certain positions during training camp, those spots were shored up by bringing back some familiar faces while also signing the son of a former Steelers Super Bowl champion.

Safety Sean Davis, who spent four seasons with the Steelers (and also mostly on IR in 2019) returns after being released by Washington. His experience instantly upgrades any concerns should Fitzpatrick or Terrell Edmunds become unavailable. Davis could also add some wrinkles to the defense.

2018 fifth-round pick, Marcus Allen, struggled to find his niche as a hard-hitting safety. However, the 6-foot-2 207lbs. prospect impressed his coaches so much dabbling at inside linebacker, just to fill a body for drills with others off, that he is listed as one of the primary backups for Bush (along with Ulysses Gilbert).

Joshua Dobbs was also claimed from waivers and added as the team’s third quarterback. Dobbs spent his first two seasons with the Steelers before being traded to the Jaguars early into the 2019 season. A highly educated young man, he also provides speed and scramble to pair with his wits.

To make room for Dobbs, the team released, then re-signed Devlin Hodges – giving the Steelers four quarterbacks who have all taken snaps for the team since 2018 (along with backup Mason Rudolph and of course, Ben Roethlisberger.)

But that wasn’t all, as the Steelers also finalized a deal to bring long-time Chiefs punter Dustin Colquitt aboard – less than an hour after announcing that veteran Jordan Berry was the starter, and challenger Corliss Waitman was brought back to the practice squad.

Colquitt is the son of Craig Colquitt, who won two rings with the as a member of the Steelers in 1978 and 1979. The younger Colquitt follows in his father’s footsteps to play in the Steel City and gives Pittsburgh another potential weapon in the arsenal: better field position.

While Berry wasn’t the worst punter, inconsistency finally caught up to him – and with a stronger, veteran player available, the team pulled the trigger to bring Colquitt in for at least one season while potentially developing Waitman on the practice squad (or holding him as an emergency plan should the veteran’s better days be behind him.)

Zach Banner was named the Steelers starting right tackle while Matt Feiler won Ramon Foster’s old job at right guard. Stefan Wisniewski, another shrewd offseason signing, appears to be the backup guard as well as capable of playing center; though the team also has J.C. Hassenauer as a backup to Pouncey and rookie Kevin Dotson ready to jump in as another guard.

Chuks Okorafor may have missed out on winning the starting position, but Mike Tomlin says it was a tough decision between having two “starter capable” players for one open spot.

Speaking of open spots, two of a number of veteran players dropped down to the practice squad are now eligible to be called up on game day, due to the amount of offensive linemen on the active roster.

Tomlin was asked about this new wrinkle to the 2020 season via the CBA and COVID changes, and responded laughingly with “I’m not going to give them back.”

When additionally asked about the unusual offseason and keeping a number of extra players at some positions than traditionally, Mike Tomlin had this to say:

In this COVID environment you can’t insulate yourself enough with quality depth at all positions. That’s something we worked extremely hard to do, and the utilization of vested veterans on the practice squad is another avenue that we thoughtfully delved into, all in an effort to insulate us and to fortify depth in this uncertain environment.

It appears the Steelers did their homework within the confines of building a roster during a pandemic and may be one of the teams best suited to weather the storm. They are one of few teams to not have a single player opt-out for the season. In addition to extra roster spots, extra practice squad spots, and new and returning additions, it would appear the Steelers are stocked-up at every spot on their depth chart and ready to make a run.

To go back to the poker analogy, they appear to be “all in”.