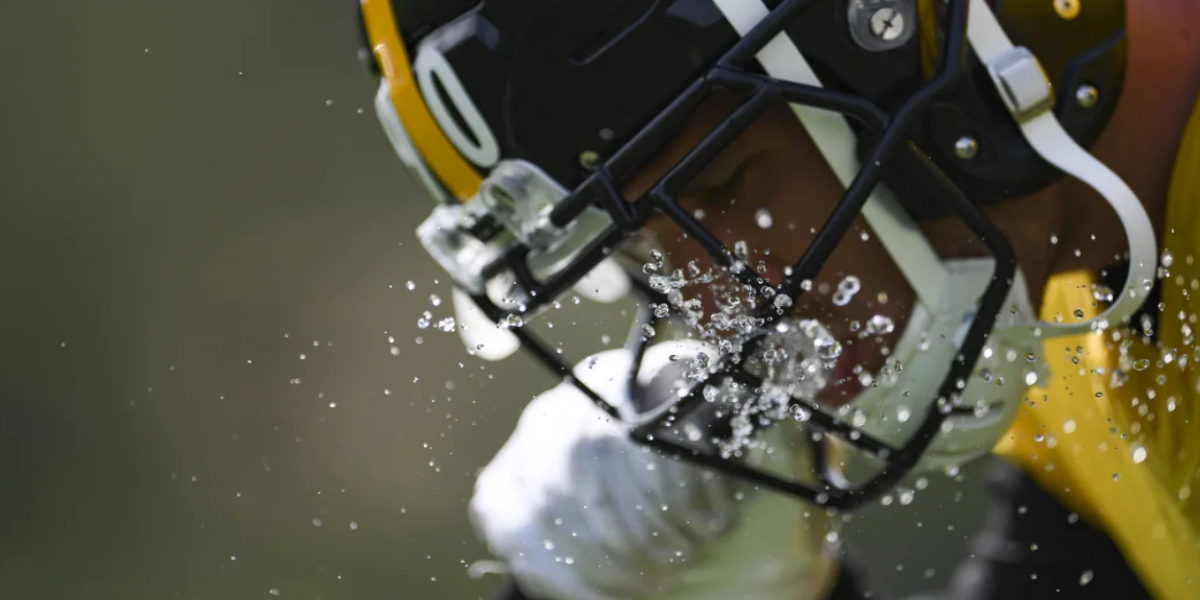 Five Steelers to watch in season opener against Giants

Before every game of the 2020 NFL regular season, Steel City Underground will do a full-roster analysis to find five Pittsburgh Steelers players to keep a special eye on when watching on game day. This week we focus on the Steelers’ season opener on the road against the New York Giants.

The Pittsburgh Steelers have been a part of 72 Monday Night Football games since 1970 and hold a 48-24 win/loss record in those games. That their 2020 season opener begins during prime time in a road game at MetLife Stadium against the New York Giants doesn’t seem to be a fluke; fans are ready to see some football after months of altered professional sporting events due to COVID-19. With the history between the Rooney and Mara families, it is no surprise that the teams have met each other head-to-head 77 times in both regular and postseason games. The Giants lead the series, 44-30 (with three ties).

The Steelers have been focused on retooling their offense with a healthy Ben Roethlisberger at quarterback while tightening up on defense even more, giving NFL analysts around the league a near-unanimous opinion that it will be Pittsburgh that walks away from the Monday night game with a win; Mina Kimes and Trey Wingo (ESPN), Jason LaCanfora and Pete Prisco (CBS), Tadd Haislop (Sporting News), Lorenzo Reyes (USA Today), and Mike Florio (NBC/PFT) are all giving the game to Pittsburgh. Most NFL odds-makers have the Steelers as 5.5-6.0 favorites in the contest.

Having said all of that, there are five Steelers players to watch in the game that could factor into how well the team performs in their first game of the 2020 NFL regular season.

Everyone’s eyes in the league will be on the arm of Ben Roethlisberger on Monday night. After months of seeing him in a slimmed-down condition, hearing news that his arm is better than it ever was, the Steelers are banking their season on ‘New Ben’ getting them off to a hot start and proving he still has what it takes to lead Pittsburgh’s offense. It wouldn’t be necessary for Roethlisberger to get into a pass-only mode, however, for the Steelers offense to do well. In fact, a healthy mix of the run to the pass in the season opener is the key to clock and field management against a New York team that is trying to find its identity under new head coach Joe Judge.

Entering his sophomore season, inside linebacker Devin Bush is expected to pick up from what turned out to be a very nice rookie season. His key matchup against the Giants will be head-to-head with running back Saquon Barkley. “We know what type of back Saquan is… but at the same time Devin Bush was very impressive his rookie season,” Arthur Moats said in this week’s “Steelers Live Match Up”. “He grew a ton, especially late in the year against the run, his play recognition… overall on his confidence in coverage. I’m looking at him to have a big-time night.”

If the Steelers stick with their plan to bring Vince Williams in on passing plays, it will be interesting to see how well Bush can team up with his colleague in the middle of the field, especially if the Giants choose to hit Barkley out of the offensive backfield instead of consistently trying to let him pound the ball in the ground game.

Technically, those are two individual players. Zach Banner won the starting right tackle position in training camp and with an injury to veteran David DeCastro, the Steelers will count on Stefen Wisniewski to play the right guard position while Matt Feiler swaps over to left guard between center Maurkice Pouncey and left tackle Alejandro Villanueva. The right side of Pittsburgh’s offensive line is relatively untested since there were no preseason games. “Any time you have a piece that gets changed upfront, there’s always that little bit of angst, if you will, at least from my perspective,” offensive coordinator Randy Fichtner said this week. “I don’t think it’s from their perspective… these guys are prepared.”

Banner slimmed down during the offseason and reports out of camp were high on his commitment level and understanding of his position. Banner himself told SCU’s Joe Kuzma in a recent podcast, “We know upfront what we can do.” All-in-all, the guys the Steelers kept on their offensive line look like a cohesive unit that can perform well under pressure. They’ll get their first shot to show how well they’ve gelled in camp when they put it on the field on Monday night.

On Monday night, the Giants will have the fourth overall selection from the 2020 NFL Draft – Andrew Thomas – starting at left tackle for Nate Solder, the veteran lineman who opted out of the season citing coronavirus concerns. Playing on the franchise tag after a much-improved 2019 season, Steelers outside linebacker Bud Dupree looks to set the edge, and the tempo, while introducing the ‘rookie’ (Thomas) to the NFL in a physical way. The more pressure Dupree places on Thomas and the left side of the Giants’ offensive line, the more New York will want to work away from it. That sets up teammate T.J. Watt for a big night as well on the other end of the defensive line.