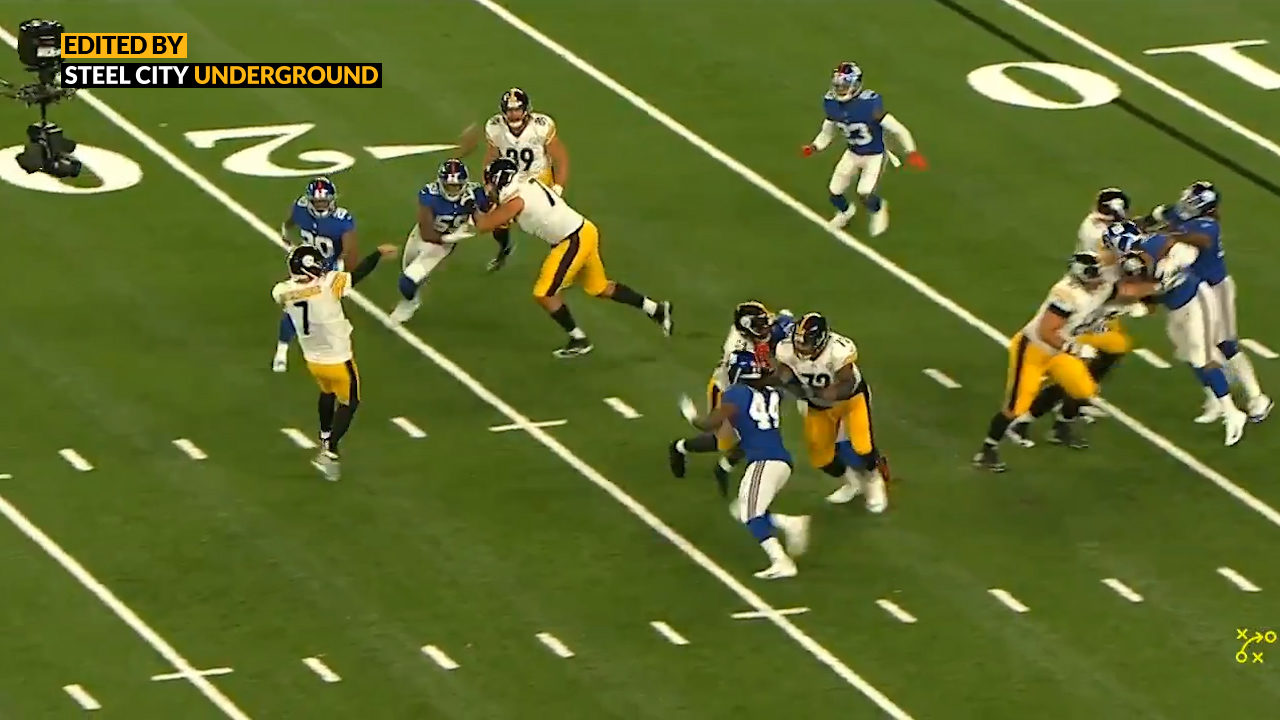 It had been a long time coming. Ben Roethlisberger, who returned on Monday Night Football after missing all but a game and a half of the 2019 regular season, had not thrown a touchdown pass since December 30th, 2018 in a Week 17 game against the Cincinnati Bengals.

Roethlisberger, who played against the Patriots in Week 1 and one half against the Seahawks in Week 2 of the 2019 season, failed to connect with any receivers for a score in those games, before being placed on the injured reserve list, and missing the remaining 14 games last year.

On a comeback tour in 2020, Big Ben praised his training regime and rehabilitation, stating he felt younger and fresher than he has in years. But as he entered Monday’s game, his first true football action in close to a full calendar year, he admitted he might “shake like a leaf” when he finally got the opportunity to play again.

Ben had to bide his time during the Steelers clash on the road against the Giants, as Pittsburgh’s offense didn’t see the ball until 10:34 in the first quarter. After running it twice and a backwards pass (technically labeled a fumble in the game stats) ended their first drive without a true Roethlisberger pass attempt.

Roethlisberger got more rhythm in the Steelers second drive, which ended on the Giants 23-yard line with a Chris Boswell field goal.

Down 10-3, a T.J. Watt interception gave Big Ben the opportunity he needed to show he was back to full form. A 3rd-and-1 play saw Roethlisberger connect with new Steelers tight end Eric Ebron for 18 yards. A short three-yard pass to the other tight end, Vance McDonald, showed that Ben was mostly looking for his security blankets, but he would go all-in on a rainbow of a throw that seemed like it was in slow motion arriving to a wide-open JuJu Smith-Schuster.

The 10-yard connection would be Ben’s first touchdown since that date in late 2018, his first of the 2020 season, and the first of three on the day as the Steelers would coast to a 26-16 win over the Giants. It would also place him 8th all-time in league history for most touchdown passes, 366, tied with Eli Manning.

Ben also moved into rare territory among the greats with three or more touchdown tosses in a game as well.

Looking like his vintage self in a 26-16 @steelers win tonight vs the Giants, Ben Roethlisberger- coming off an injury shortened 2019 where he played in only 2 games- struck for a trio of touchdown throws. With it, he moved behind just 7 QBs on this all-time list of performances pic.twitter.com/sSvestrqVc