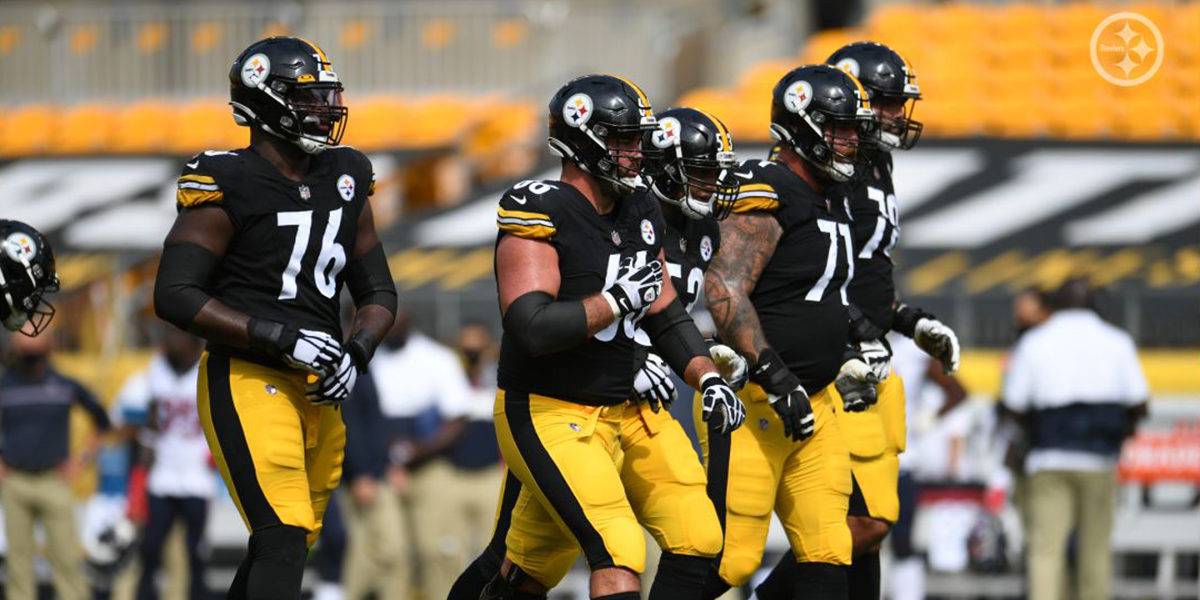 Five Steelers to watch against the Philadelphia Eagles

Before every game of the 2020 NFL regular season, Steel City Underground will do a full-roster analysis to find five Pittsburgh Steelers players to keep a special eye on when watching on game day. This week we focus on the Steelers’ “official” fifth week of NFL play against the Philadelphia Eagles.

Last week, as I was writing the next “5 to Watch” article in our 2020 series, I mentioned that there might be some changes to when the Pittsburgh Steelers would play the Tennessee Titans due to an outbreak of positive COVID-19 virus results among members of the Tennessee organization. The league had made attempts to reschedule the game but as it is, the Titans are under investigation for possible infractions against the agreed-upon protocols set by the NFL and NFLPA ahead of the opening of the 2020 regular season. As I write this, there is still uncertainty surrounding whether the Steelers and Titans will play each other or the Steelers will get a “W” due to forfeiture.

.@DanGrazianoESPN just said on ESPN's @GetUpESPN that Sunday's Week 5 game between the #Bills & #Titans could go down as a forfeit for Tennessee instead of it being re-scheduled

We’ll keep an eye on that news as it rolls in. Meanwhile, Pittsburgh and Philadelphia will duel in the “Battle of Pennsylvania” – or “Keystone Knockdown” – this weekend, regardless. So, let’s get yinz into the meat of this weekend’s Pitt/Philly sammich!

High velocity off the edge

Steelers outside linebacker  T.J. Watt got robbed of the NFL Defensive Player of the Year Award last year, at least in the opinion of many football fans. Watt certainly has looked like he’s playing angry this season. In Week 3, Watt was held by the Texans offensive line several times yet no penalty flags were thrown. Instead, Watt channeled that frustration into four tackles and a sack. Watt is on a projected pace to record 18-19 sacks this season per ESPN.

His bookend, Bud Dupree, is fired-up as well and will be going head-to-head with Eagles left tackle Jordan Mailata who got his first-ever start against the San Francisco 49ers. The sixth-year edge has rocketed forward after an outstanding 2019 performance. Expect Dupree to compliment Watt this week in creating havoc that Carson Wentz will have to account for as the Steelers currently lead the league in pressure-per-play on defense.

Tearing up the turf, sweeping the field

After suffering an early injury that had fans asking, once again, if James Conner was too fragile, the young running back put together back-to-back weeks of 100-plus yards of rushing. A lot of those yards were earned after the initial point of impact with a defender. Conner also has a touchdown in each of the last two games Pittsburgh has played. There’s no doubt that a healthy Conner is going to be asked to provide the heaviest workload in the run offense against the Eagles.

Under Jim Schwartz, Philly has shown the ability to limit bruising backs, like Conner and Benny Snell. In 2020, they’ve allowed 89 carries for 313 yards (3.5 YPC) and three touchdowns to running backs through the first quarter of the season. They have struggled when teams – like the Rams and Niners – switched to a scheme that used their rushers as decoys to employ jet sweeps and cut plays to receivers. The Eagles defense has allowed nine carries by “receivers” (wideouts, slot receivers, and tight ends included) for 93 yards (10.3 YPC) and two touchdowns. Given that, Conner could fill both of those roles but this may be the perfect week for the Steelers finally use that ‘Swiss Army Knife’ that is Jaylen Samuels in a modified, or hybrid, role.

The Eagles feel they have the upper hand against Steelers right tackle Chukwuma Okorafor in the form of Genard Avery and Brandon Graham. They might not have paid attention to the fact that Okorafor more than held his own against J.J. Watt and the Texans defense. Graham leads the Philly ‘D’ with three sacks and five TFLs. Last weekend, Avery had a sack and five QB hits in 16 defensive snaps. Whether or not that equates to being able to force Okorafor off his own game is unclear.

The Steelers will have studied the type of pressure the Eagles have provided against opposing quarterbacks this season and won’t leave Okorafor out there without help. This trio still makes for an interesting matchup, however, as the Steelers offensive line will seek to keep Ben Roethlisberger upright and as clean as possible so that he can target the myriad of receivers that will challenge Jaylen Mills, Marcus Epps, and an injury-bitten Philidelphia defensive backfield.