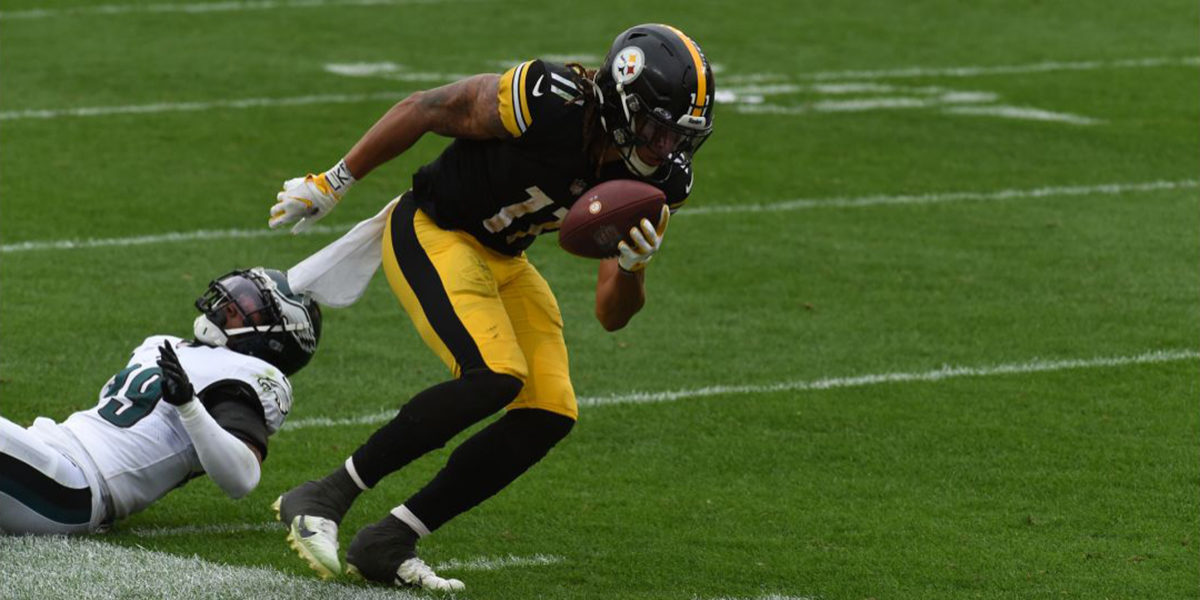 Breaking Down the “Good, the Bad, and the Ugly” From the Steelers’ Week 4 Victory over Philadelphia

The Good, Bad, and Ugly column is a breakdown of several segments of every Pittsburgh Steelers 2020 regular-season game into each of a grading category of “good”, “bad”, or “ugly”. To get to the nitty-gritty, Travis Newton dissects three moments from each game which could be best classified under each of those labels.

Early in the second quarter, Steelers rookie Chase Claypool hauled in his first of three touchdown receptions to give Pittsburgh a 14-7 lead. Coming off a deep slant route, Ben Roethlisberger found Claypool open across the middle of the field and whistled a pass to the open receiver. Claypool did the rest of the work after the catch, using his lightning speed to outrun the Eagles’ last line of defense.

The rookie from Notre Dame finished his historic day of football with four total touchdowns (one on a run play) and surpassed 100 yards receiving.

With the Pittsburgh offense driving in attempts to extend just a two-point lead, tight end Eric Ebron coughed up a fumble and gave possession back to the Eagles with a chance to take their first lead of the game. Rothlisberger connected with Ebron down the middle of the field, needing 21 yards for the first down. As soon as Ebron turned his head to advance upfield, he was hit from behind and had the ball dislodged. Philadelphia scooped up the rock and advanced it six yards for the takeaway.

Later in the game, Ebron would drop another pass that was initially called an interception on the field. It was later corrected to an incomplete pass as the ball had hit the turf after Ebron was unable to secure it and before the Eagles were able to gain possession of it.

A gutsy call for a halfback draw on 3rd-and-long paid off for the Eagles offense after Miles Sanders busted free for the longest chunk play of the game. Sanders, a Pittsburgh native who played his high school ball at football powerhouse Woodland Hills, dashed for a 74-yard touchdown run to tie the score up at 7-7. Sanders broke one tackle near the line of scrimmage and zoomed past multiple Steelers defenders who struggled to break free from the downfield blockers.