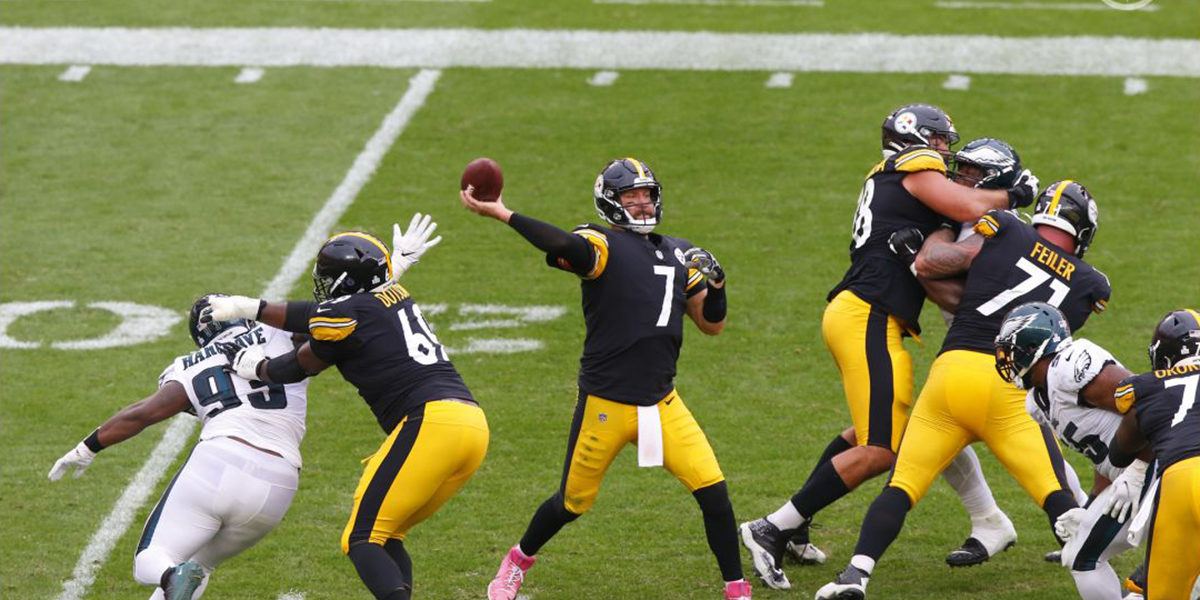 Five Steelers to watch against the Cleveland Browns

Before every game of the 2020 NFL regular season, Steel City Underground will do a full-roster analysis to find five Pittsburgh Steelers players to keep a special eye on when watching on game day. This week we focus on the Steelers we think will make a difference in the game against the AFC North rival Cleveland Browns.

The last two weeks have been interesting when doing analysis on the Pittsburgh Steelers roster and determining key matchups they’ll face during the week’s 2020 NFL regular-season game; from a Tennessee Titans game that didn’t happen (Week 4) to extra time off that led into a real battle in Week 5 to finish off the Philadelphia Eagles. While we’ve nailed some of those, there have been a few players that we didn’t focus on that actually had outstanding or unpredictable performances. With the unbeaten, 4-0, Steelers facing the 4-1 Cleveland Browns, there is a lot at stake in this Week 6 divisional showdown.

Distribution of labor from Big Ben

Quarterback Ben Roethlisberger is very familiar with the Browns but has yet to express much confidence in himself as of yet this season, at least in regards to how he feels he has played. Ten touchdown passes through four games and just a single interception is far from a shabby performance. His completion percentage of 69.9 (ranked ninth in the league entering Week 6) has been a byproduct of both shaking off any apprehension that still lingers after missing last season and building a rapport with all the new working pieces of the Steelers offense – namely several young newcomers like Chase Claypool, Kevin Dotson, Anthony McFarland, and Ray-Ray McCloud.

“I like the fact that (Ben) is being critical of his performance. I also like where he is from a mental standpoint right now. We’re just going to continue to work and knock the rust off and gain the rhythm that we are accustomed to seeing from him.” – Mike Tomlin

Roethlisberger enters this weekend’s game ranked 23rd among NFL quarterbacks in passing yards (1,016), tied for seventh in passing touchdowns (10), and a passer rating of 110.4 (ranked sixth). The statistics illustrate that, although ‘Big Ben’ can still air-it-out, the Steelers offense has been a distribution of labor between the running game and passing game. With the Browns leading the league with the least number of rushing yards allowed at this point in the season, that distribution may shift a bit more towards a passing situation. Expect Roethlisberger to look for openings where his talented receiving corps have opportunities against a Browns defensive backfield minus cornerback Greedy Williams (IR/shoulder) and safety Ronnie Harrison (concussion protocol).

Improved run defense from the interior

Last week, the Steelers gave up some big plays but the 74-yard touchdown run by Miles Sanders really struck a bad chord for a Pittsburgh defense that has continued to pressure 48.8 percent of dropbacks, more than any other NFL team this season. “(Philadelphia) ran a draw play on third-and-nine into the teeth of a blitz,” Tomlin said in his press conference, “and we had unblocked people at the point of attack. We just have to make those plays… That play changed the trajectory of the day for (the Eagles) and for us, particularly as it pertained to those possession downs, and it made it tough sledding along the way.”

Cleveland right guard Wyatt Teller is considered “week-to-week” with a right calf injury. Center J.C. Tretter is nursing a knee injury. That opens the door for Cameron Heyward, who has traditionally been tenacious when going after the Browns. That Kareem Hunt (thigh) is a bit gimpy also sets up Vince Williams to be a bigger factor as the Steelers defense improves, from their interior, and forces a banged-up Baker Mayfield to try to predict what he’ll be given. Watch for those two veterans to kick things into a higher gear in the middle to limit Cleveland from breaking free for chunk plays that set the Steelers on their heels.

Last weekend, Steelers cornerback Steven Nelson came up big in the defensive backfield and was rewarded with two takeaways. Granted, one was shared, in a way, with Mike Hilton. Hilton led the Steelers with eight tackles in the game against the Eagles. This duo is likely to be tasked with blanketing Odell Beckham Jr., the Browns’ most effective receiver this season. In the last four weeks, Beckham Jr. has caught 18 passes for 272 yards and three touchdowns while adding 72 rushing yards and another touchdown on the ground.

That doesn’t mean that Minkah Fitzpatrick or Terrell Edmunds won’t factor into the overall pass defense. Cameron Sutton has also seen time on the field in the ‘nickelback’ role. Hilton and Nelson seem to be complimenting each other well and will have a high expectation placed on them, however, to shut Beckham Jr. down this weekend.