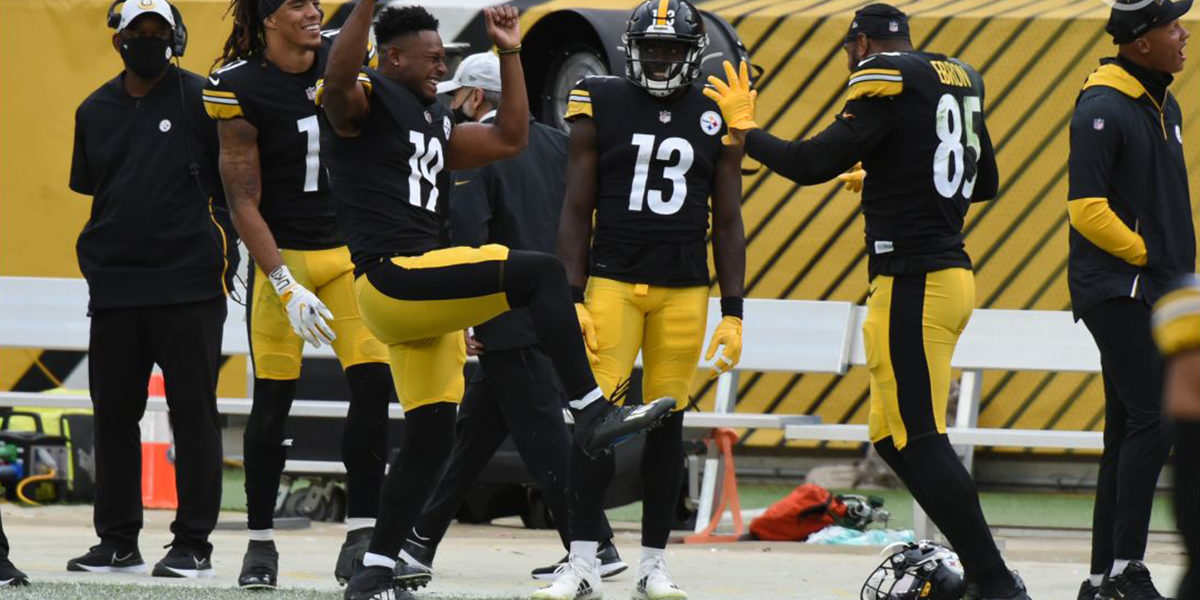 Five Steelers to watch versus the Tennessee Titans

Before every game of the 2020 NFL regular season, Steel City Underground will do a full-roster analysis to find five Pittsburgh Steelers players to keep a special eye on when watching on game day. This week we focus on the Steelers we think will make a difference in the game against the Tennessee Titans.

Finally, the game that was supposed to take place in Week 4 of the 2020 NFL regular season between the Pittsburgh Steelers and Tennessee Titans will kick off. It’s been an uncertain time period in the National Football League this season with COVID-19 cases altering teams’ schedules but that was something taken into consideration before the season even began. Luckily, the Steelers have not had to deal with any players or staff becoming ill in-season, which has allowed them to forge forward to a 5-0 start. With Week 7 already upon them, Pittsburgh will face the unbeaten Titans (5-0) on the road to close out October. Here are five Steelers players that fans should keep an eye on when watching Sunday’s matchup in Tennessee.

Spillane in the middle

Before joining the Steelers in 2019, Robert Spillane was with the Titans. In fact, on Aug. 25, 2018, at Heinz Field, Spillane was the recipient of an interception against Pittsburgh during a preseason game. That might have been when Mike Tomlin and the coaching staff got a good look at the potential Spillane had and what motivated them to bring him to Pittsburgh.

Spillane spent most of the 2019 season on the practice squad before he was activated and saw action in eight games, primarily on special teams, during the late part of the regular season. Spillane had a good showing during the preseason and his resume at Western Michigan – Second-Team All Mid-American Conference (junior and senior seasons) with 312 career tackles, 32.5 TFLs, 10.0 sacks, four interceptions, five pass breakups, two fumble recoveries, and three forced fumbles – likely didn’t hurt his stock despite his going undrafted in 2018.

With Devin Bush suffering a season-ending knee injury in last week’s competition with the Cleveland Browns, it’s Spillane’s turn to be the next man up for the Steelers. Entering the game for Bush following the injury, Spillane recorded five tackles and had a decent showing that is encouraging. He wasn’t afraid to get to the spot of contact or track down a play, often finishing the play with emphasis. “Rob had a great half,” Cameron Heyward said of Spillane coming into the Browns game, “but it’s up to us to continue to get better.” The fact that Spillane will have veteran help from Vince Williams is promising as well.

Spillane will be tested in facing Titans rusher Derrick Henry who ran for over 200 yards last week against the Texans. Granted, the Texans aren’t fielding the defense that the Steelers are this season but what Spillane is able to do in the middle will play a major factor in how well Pittsburgh is able to shut Henry and the Titans offense down in this Week 7 matchup.

While Heyward, Bud Dupree, T.J. Watt, and Tyson Alualu will also be key this week, Stephon Tuitt‘s play very well could define just how well the Steelers defense contains the Titans offense as a whole. Tuitt has helped Pittsburgh enter the weekend with a spectacular record of limiting opposing offenses to just 3.3 yards-per-carry and 66.2 yards-per-game in rushing. Tuitt has also been disruptive this season, adding four sacks on opposing quarterbacks. Having Tuitt in a position to put pressure on the Titans’ offensive line and collapse into the offensive backfield of Tennessee will be a focus.

Tomlin expressed this week that the Titans run game is intimidating, especially because Henry is built like a linebacker. His focus is on getting the Steelers’ defensive front to play sound, fundamental football so that the defensive backfield isn’t asked to do too much. His emphasis was that his players “do what the job requires them to do”. That doesn’t just mean limiting Henry’s rushing ability but also making things much harder for Ryan Tannehill to make easy passes and add to the number of touchdowns he has already thrown this season (he threw four last weekend). If Tuitt can have a good game on Sunday, it will make a difference in how effective the remainder of the defense is against the Titans.

A supportive cast of receivers

This week, the media was really focused on the fact that JuJu Smith-Schuster, despite not being the leading receiver on the team the past couple of weeks while Ben Roethlisberger spread the ball to Chase Claypool and James Washington for big plays, was enthusiastic in supporting his teammates brought out the sarcastic side of Tomlin.

“It’s funny that it’s noteworthy that we’re excited because teammates are scoring and having success,” Tomlin said. “JuJu is a quality example of that. But we have a lot of guys that are quality examples of that. We shouldn’t let a few outliers globally in terms of guys that are not good team players, or the reporting of such events, capture the headlines.”

For the first time in quite some time, the Steelers have a group of receivers that genuinely support each other and have shown an unselfish ability to share the workload. That this may be the week that Smith-Schuster becomes a bigger spotlight player is a very real possibility but it won’t keep the receiving corps from complimenting each other nicely. The Titans defense has been one of the biggest reasons their offense has had to put together big numbers on the scoreboard. They allowed Deshaun Watson to throw for four touchdowns and 335 yards against them. Watch for Smith-Schuster to be a factor on the field and on the sideline this week.

Cameron Sutton grabbed a nice interception last week against the Browns that helped propel the Steelers to their current unbeaten status. Sutton has been playing in the nickel position among the defensive secondary but has also been a factor on special teams. He’s often overlooked by fans due to the fact that he’s not considered a “starter” by many. Sutton, however, isn’t intimidated by his role and made it clear this week that this Steelers team has a singular goal, to play together as a team in the positions they’re asked to play.

“You start the game with special teams, just going out and whipping the guy in front of you,” Sutton said. “Field position is the most critical part of the game… and people just kind of bypass those stats. You win the battle of field position and put yourself in good situations to come out with a win… It’s a team stat, and all-together stat. We are all together for one common goal and it’s a big part of what we do.”

Creating turnovers at the pace the Steelers have has also been a part in the team putting themselves in good field position. Sutton has been and will continue to be a factor in that area this week.

The Titans hadn’t been playing very good run defense until last week. They entered the game dead last in the league in yards-per-carry allowed. Steelers running back James Conner has bounced back from an early injury, putting together three 100-plus rushing performances over the past four weeks of play. He has been doing it with 20 or less carries per game, too. Add his 4.9 yards-per-carry, 73.8 yards-per-game on the ground, and four touchdowns, and Conner looks to be a weapon the Steelers can take advantage of in exposing the Titans’ defense.