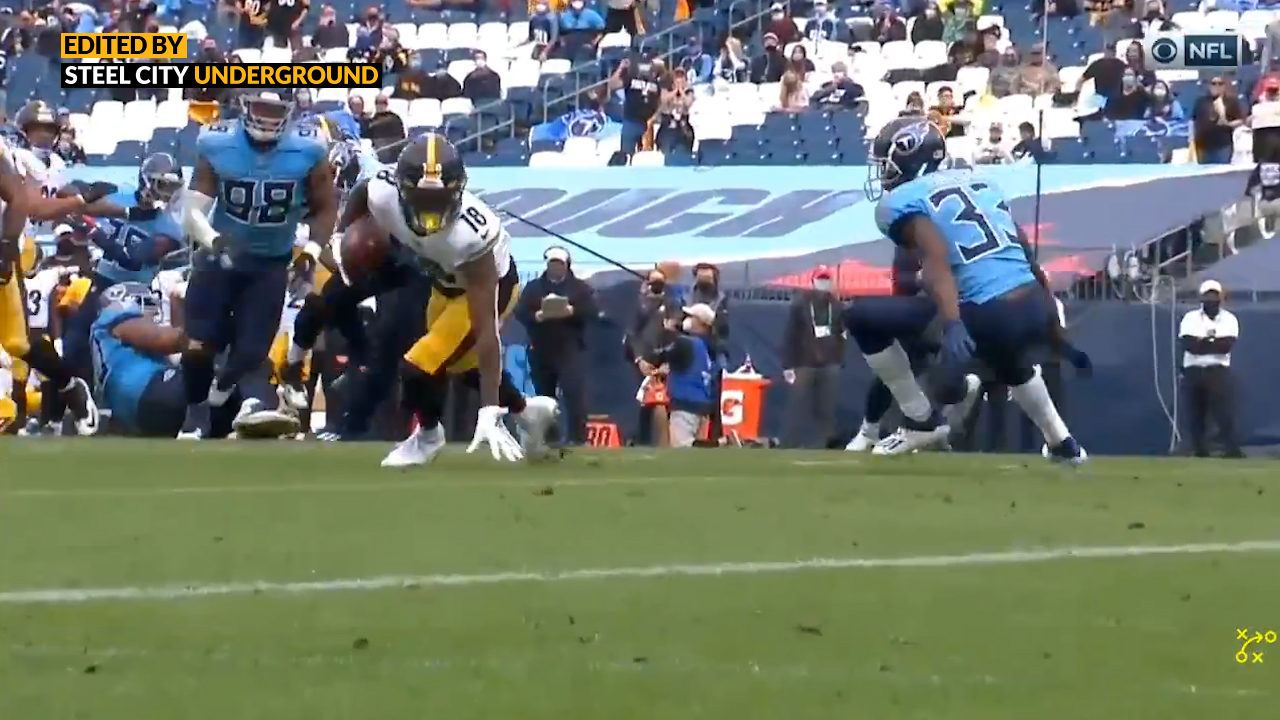 On Sunday, the Pittsburgh Steelers and Tennessee Titans entered the game with perfect records. Fans of both teams knew that it would be a season-defining game, and Steelers Nation wasn’t disappointed.

The Steelers walked away as victors, going 6-0 for the first time to open a season since the 1978 squad that won the Super Bowl.

While Ben Roethlisberger spread the ball around, one receiver was the recipient of two passes that resulted in touchdowns – Diontae Johnson. After missing time away from the field due to a back issue, it was great to see Johnson come back in a big way with two really big plays.

After going seven-for-seven in third-down conversions, the Steelers offense bogged down for the first time in the game late in the second quarter. Chris Boswell was able to convert a 38-yard field to extend Pittsburgh’s lead, however, to 17-7 with nearly three minutes left in the first half of the game.

On the ensuing kickoff, special teams were able to pin the Titans deep, forcing them to start their offensive series from their own ten-yard line. After the Steelers defense held Derrick Henry to just five yards on two plays, Ryan Tannehill threw an incomplete pass that forced them to punt the ball away. Ray-Ray McCloud took the punt return 57 yards, setting the Steelers up in great position.

Taking advantage, Roethlisberger and the Steelers offense faced a third-and-two. Instead of playing conservatively by going for the first down, Roethlisberger saw that Johnson was wide open on a curl with plenty of space between his receiver and the closest defender.

Grabbing the soft pass, Johnson was able to spin away from the Titans defensive back and walk into the end zone for a nine-yard touchdown.

The heads-up play extended the Steelers’ lead to 24-7 with just 52 seconds left in the first half of the game. It was Johnson’s second touchdown catch on the day, helping the Steelers to put early distance between themselves and their opponents before things tightened up in the second half.

The second-year receiver caught nine catches for 80 yards (8.9 yards per catch average) in the Week 7 game. He now has 24 season receptions for 227 yards and three touchdowns.