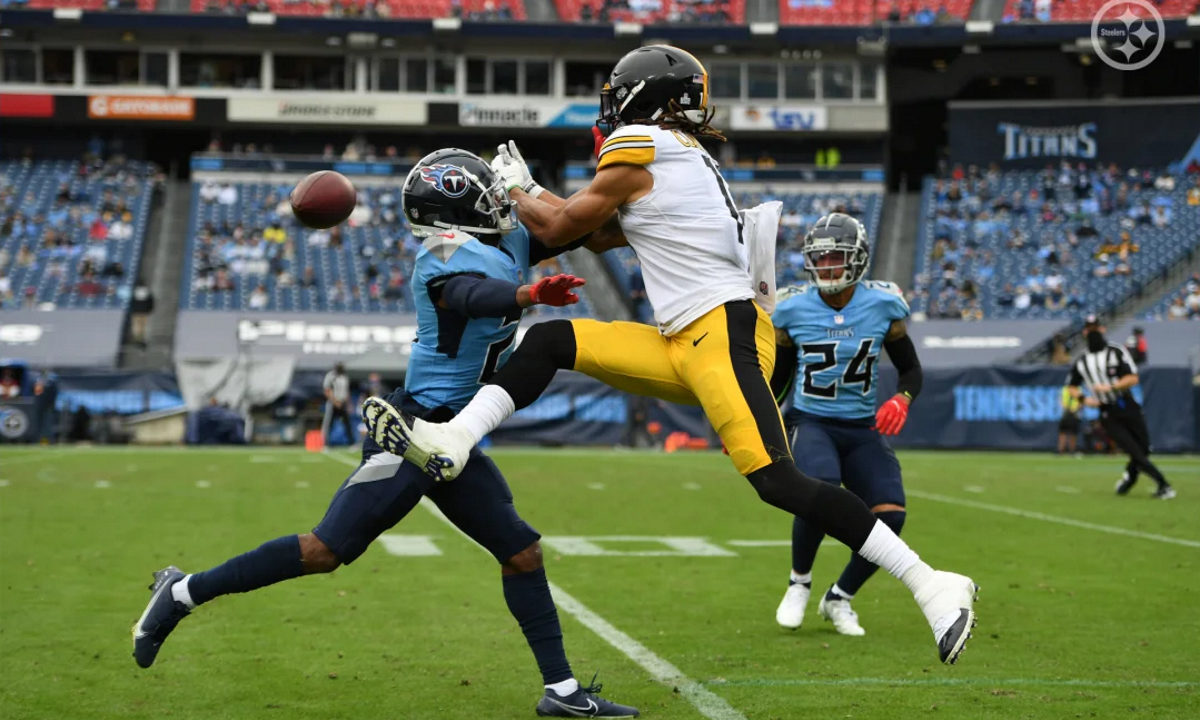 Following every Pittsburgh Steelers game, Travis Newton takes a no-holds-barred, unabashed look at what went well, not so good and just plain ugly. Here is this week’s edition of the “Good, the Bad, and the Ugly”

Johnson’s second touchdown of the day

The Steelers’ young receiver, Diontae Johnson, had a much-needed bounce-back game Sunday after battling injuries throughout much of the early season. Nearing the end of the first half, Johnson showed off his ability to stop on a dime when he scored his second touchdown of the day.

Ben Roethlisberger found Johnson wide open on a simple slant with Chase Claypool playing decoy, pulling the linebackers from the middle of the Tennessee defense. Johnson made the catch and immediately planted his foot, spun outside, and waltzed into the endzone.

The Pittsburgh Defense had been a nearly impenetrable fortress throughout most of the game until Titans receiver A.J. Brown was let loose for a 73-yard touchdown reception, which turned the tide of the game.

Ryan Tannehill dropped back on second down and hit Brown with a bullet in the middle of the field. The speed of Brown surprised the Steelers, as many defenders took improper angles, and Brown sped past the first line of defense and left everyone in the dust on his way to the biggest play of the game for Tennessee.

Ben Roethlisberger threw three picks on the day, but none had a bigger potential impact than his last one, halting a 16-play drive. The interception gave the Titans the ball back with a chance to tie or take the lead in the closing minutes.

Roethlisberger got greedy on the play with the Steelers in field goal range, as he forced a pass to JuJu Smith-Schuster through triple coverage. The pass was tipped into the air and fell into the hands of Amani Hooker who downed the play in the endzone for a touchback.