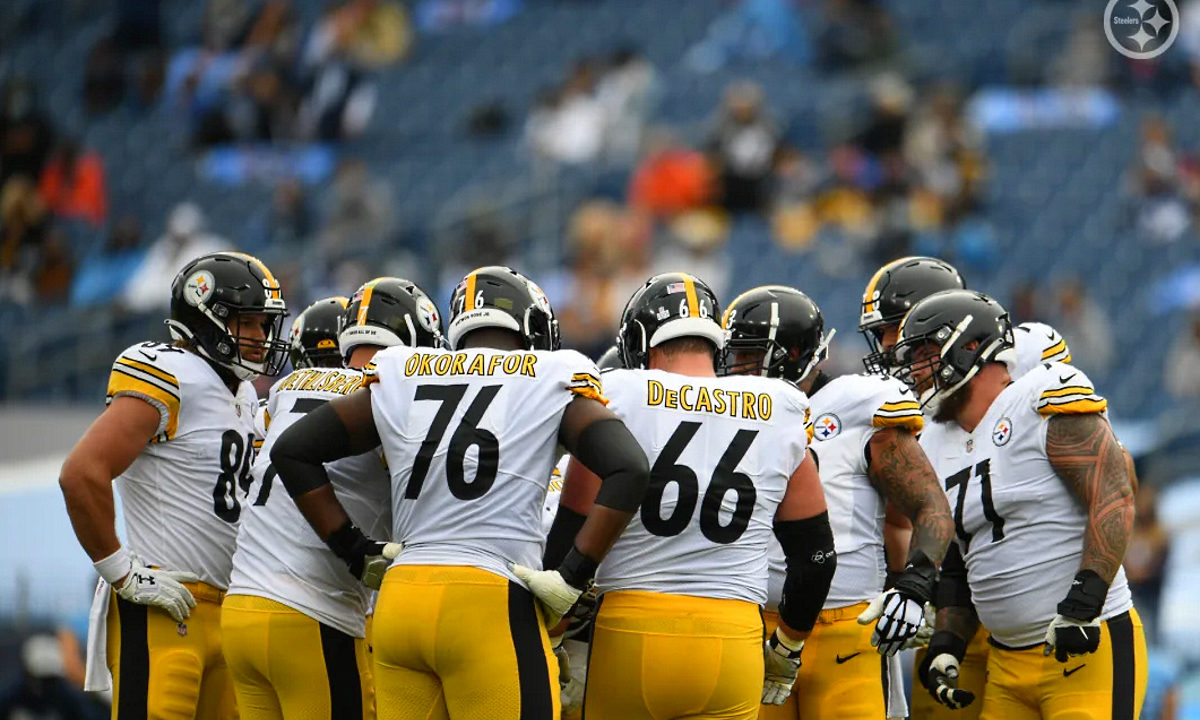 Five Steelers to watch in divisional showdown with Baltimore Ravens

Before every game of the 2020 NFL regular season, Steel City Underground will do a full-roster analysis to find five Pittsburgh Steelers players to keep a special eye on when watching on game day. This week we focus on the Steelers we think will make a difference in the game against the AFC North rival Baltimore Ravens.

With a shuffled NFL schedule due to COVID-19, the unbeaten Pittsburgh Steelers (6-0) will once again be on the road this week, facing AFC North rival Baltimore Ravens (5-1) whose only loss was to the Kansas City Chiefs this 2020 NFL regular season. Without a doubt, this will be a game-of-the-week situation for many fans of the National Football League, not just Steelers and Ravens fans. The Ravens benefitted from a ‘bye’ ahead of the game due to the Tennessee Titans, who lost last week to the Steelers, having a coronavirus outbreak. Regardless of how everything has been shuffled, these two divisional teams have always played hardnosed football whether they had a winning record or not. After scouring the two teams and the Steelers’ roster, here are our five Steelers fans should watch in Week 8.

Since Ben Roethlisberger started the season back as the field general of the offense, he’s had moments where he’s been quite the archer, threading the needle to get the ball to his receivers in tight windows, and other moments where he’s watched batted balls at the line turn into turnovers – or near-turnovers. Against a blitz- and sack-happy Ravens defense, he’ll need to sharpen his level of awareness up a bit.

“This is a defense that brings guys from everywhere,” Roethlisberger said in a press conference on Wednesday. “The ball has to get out of your hand in a timely manner… the key is always to protect long enough to do that.”

That means that the Steelers will be asking their offensive lineman to continue to do an exceptional job of keeping Roethlisberger out of the grass and giving him time to manage the offense. The Ravens are only allowing a passer rating of 89.7 headed into the game and 6.7 yards per attempt from opposing quarterbacks. That has been a product of the pressure they’ve placed by creating 22 sacks and being the only team blitzing more than Pittsburgh, by doing so 46.1 percent of the snaps. The Steelers have only allowed eight sacks on Big Ben this season, so the impetus is to rise to yet another level of play.

The Steelers have blitzed on 42.7 percent of their defensive snaps this season and logged the most sacks in the league, with 26, entering this contest. That puts the Ravens’ offensive line, which has given up 15 sacks this season, on notice. Many of those sacks have been a product of Ravens quarterback Lamar Jackson‘s propensity to try to bail a play out on his own; using his legs to get outside the pocket to make a play and leaving his protection scattered and unable to protect him. At times, though, that has led to some big runs by Jackson.

This week, outside linebackers T.J. Watt and Bud Dupree – with help from a talented defensive depth chart – will be keeping the tempo high in covering and containing the edge while also shifting into the pressure mode. Last season, the Steelers held Jackson to just 161 passing yards in their lone game against him, intercepted him three times, sacked him five times, and limited him to just 5.75 yards per passing attempt; he ran 14 times for 70 yards. That doesn’t mean the Steelers assume they have things locked down this season, however.

The interior defense, especially in the trenches, will also have to play their best football this week. “Guys have to get off blocks, guys have got to make tackles, because if you don’t, that dude’s going to hit you for a big one,” Cameron Heyward said this week. Heyward is all-in on a team defense that shows team effort in keeping Jackson contained. “As a defense, we’ve got to make (the Ravens) settle for three.”

Watt, Dupree, and Heyward are key to how well the rest of the defense plays, including the defensive backfield this week. If they can contain and pressure with significant success, they can take the pressure off of the corners and safeties by stopping plays and getting off the field without watching big plays inflict major wounds.

It had been a long time since we’d seen punter Jordan Berry after he’d lost his job to Dustin Colquitt. When Colquitt wasn’t quite the guy the Steelers needed, they surprisingly brought Berry back. Last week, against the Titans, Berry was only asked to punt the ball twice. In those two punts, however, Berry kicked 100 yards (95 net yards) and pinned the opponent deep. The Steelers took advantage of at least one of those possessions when they made a big stop and Roethlisberger hit Diontae Johnson for Johnson’s second touchdown reception in the game.

Special teams have been playing well as the Steelers have fully embraced the ‘team-first’ mentality in 2020. If they can dominate the battle for field position on special teams, they can not only set up the offense for more opportunities to score but help the defense by forcing the Ravens to dig deeper on offensive drives that must cover more yardage before they’re in sight of the end zone.