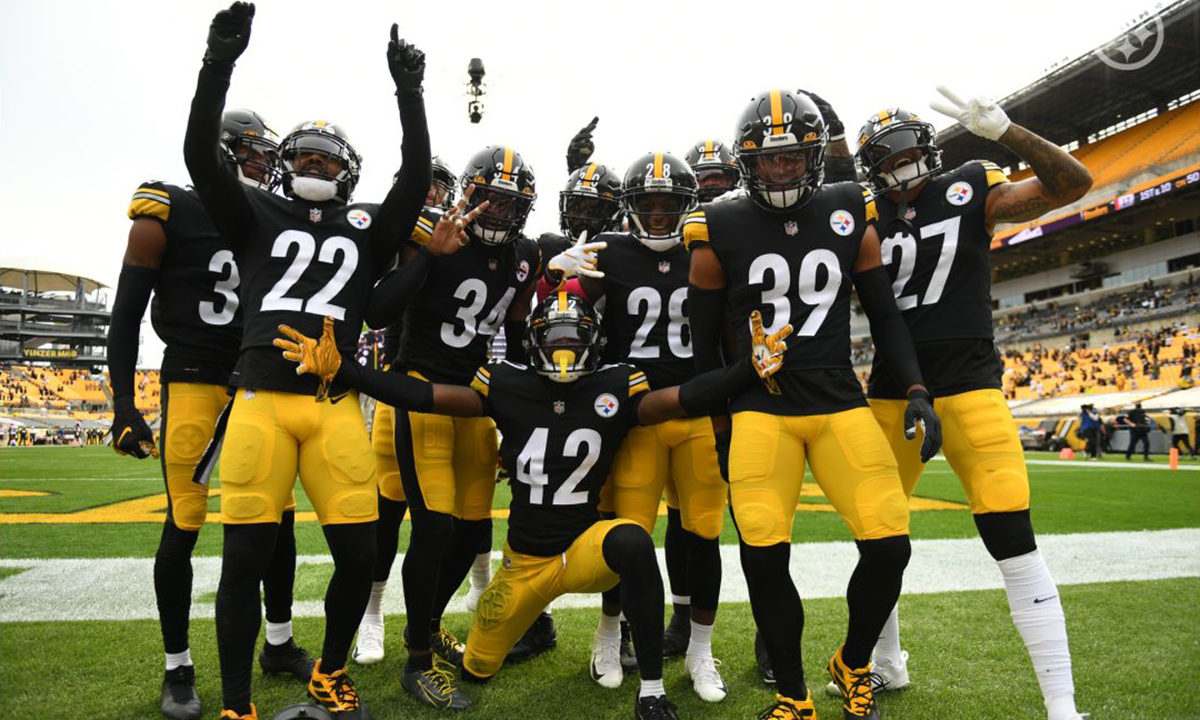 After a very exciting win over the Tennessee Titans last Sunday, the undefeated Pittsburgh Steelers have another tough game this week. They will be on the road once again against their AFC North rival, the Baltimore Ravens. Baltimore is currently sitting at a 5-1 record with their one loss coming at the hands of the Chiefs. The Ravens will be looking to hand the Steelers their first loss and regain the top spot in the division. With that in mind, let’s take a look at this week’s opponent, the Baltimore Ravens.

While they don’t have it as bad as some teams, the Ravens still have a few injuries to keep in mind this weekend. On defense, they will be without cornerbacks Anthony Averett (Shoulder), Tavon Young (ACL), and Iman Marshall (Knee), as well as linebacker Otaro Alaka (Knee), as they were all placed on the IR. Defensive back Anthony Levine (Abdomen) and corner Jimmy Smith (Achilles) are both listed as questionable and were limited in practice on Friday.

On the offensive side of the ball, they will likely be without starting running back Mark Ingram who missed practice once again on Friday with an ankle injury.

As has been the case over the past several seasons, the Ravens have been a very run heavy offense. It all starts with last year’s MVP, quarterback Lamar Jackson who is known for his dangerous ability as a ball carrier. Jackson leads the Ravens in rushing with 50 carries for 346 yards and two touchdowns. With Ingram being out, the Ravens will turn to the duo of Gus Edwards and rookie J.K. Dobbins to carry the workload this Sunday out of the backfield. Edwards has 48 carries for 218 yards and a touchdown while Dobbins has run the ball 25 times for 154 yards and two scores.

They will be facing a Steelers front seven that has been very impressive against the run this season. The Steelers currently rank second in the league in rushing defense allowing 68.8 yards per game and have only allowed five total rushing touchdowns so far. With linebacker Devin Bush out for the season, they will look for Robert Spillane to continue to step up in his place along with the Pro Bowl talent around him on the front seven.

While he has been great as a runner, Jackson has put up mediocre numbers in the passing game. He has thrown for only 1,012 yards with ten touchdowns and two interceptions. His lack of production is mainly due to his lack of a true number one receiver. His top target this season has been Marquise Brown who has 26 receptions for 376 yards and a touchdown. He will be joined in the receiver core by Willie Snead IV, Miles Boykin, Chris Moore, and rookies Devin Duvernay and James Proche II. The most dangerous weapon at Jackson’s disposal is tight end Mark Andrews who has 20 receptions for 243 yards and five touchdowns this season. His tight end running mate, Nick Boyle is also a factor in the passing game on occasion.

Jackson will be facing a Steelers secondary that got off to a slow start but is starting to find their groove. They currently rank sixth in passing defense, allowing 217.5 passing yards per game with eleven total touchdowns while coming away with eight interceptions so far. If the Steelers stop the run early, this secondary could make it a very long day for Jackson.

Ravens continue to have a solid defense

If you know the history of the Baltimore Ravens, you will know that they have been known as a defensive football team. While it isn’t quite one of their best defenses they’ve had, the Ravens still have a very strong defensive unit. They currently rank ninth in total defense allowing 339.8 total yards per game and 17.3 points per game.

If you had to pick a strong suit of this defense, it would be their front seven. The Ravens are currently tied for tenth in the league against the run allowing 109 yards per game on the ground and they have given up only four rushing touchdowns this season. Their defensive front welcomes a new face this weekend as they acquired defensive end Yannick Ngakoue from the Vikings. He will be joined by Derek Wolfe at end with Calais Campbell at tackle and Brandon Williams at nose. Rookie Justin Madubuike will see time at tackle with Jihad Ward, Pernell McPhee, and Jaylon Ferguson rotating in at the ends. Behind them, early Defensive Rookie of the Year frontrunner Patrick Queen is the starter at middle linebacker with former Steeler L.J. Fort at the weakside and Matthew Judon off the edge. Rookie Malik Harrison will rotate in on the inside with Tyus Bowser seeing time off the edge.

They will be facing a Steelers rushing attack that has been solid so far this season. James Conner has come into his own lately with 95 carries for 451 yards and four touchdowns.

The Ravens also haven’t been terrible against the pass this season. They rank 13th in the league in passing defense allowing 230.8 yards per game with eight touchdowns through the air while coming away with three interceptions. Their secondary is led by a pair of All Pro corners in Marcus Peters and Marlon Humphrey. Peters has two interceptions on the season while Humphrey has one. If healthy, Jimmy Smith will also see some time at corner. Joining them in the secondary will be Chuck Clark at strong safety and DeShon Elliot at free safety. If he is able to play, Anthony Levine will see some time at strong safety and at the nickel.

Their secondary will be facing Ben Roethlisberger who has been on a mission so far this season. Roethlisberger has thrown for 1,446 yards with 13 touchdowns and four interceptions so far. He has a wide variety of weapons to throw to including Diontae Johnson who finally came through with a solid performance last weekend.

Per usual, this game will be a very hard fought, physical battle until the very end. These are two of the most talented teams in the league that both should be very much in the hunt once playoff time comes around. For the Ravens, it is all about if they can get things going on the ground without Ingram against this Steelers front seven. Whoever wins that battle will likely win this game. I see the winner of that matchup being the Steelers as their defense is set up perfect to contain Lamar and stop the run. If they make the Ravens throw the ball, this should be win. Lamar will make some plays and their defense will keep them in the game but I see the Steelers defense standing tall in the clutch and Ben stepping up to seal the game. I have the Steelers coming away with a 28-24 victory to keep their undefeated season going.