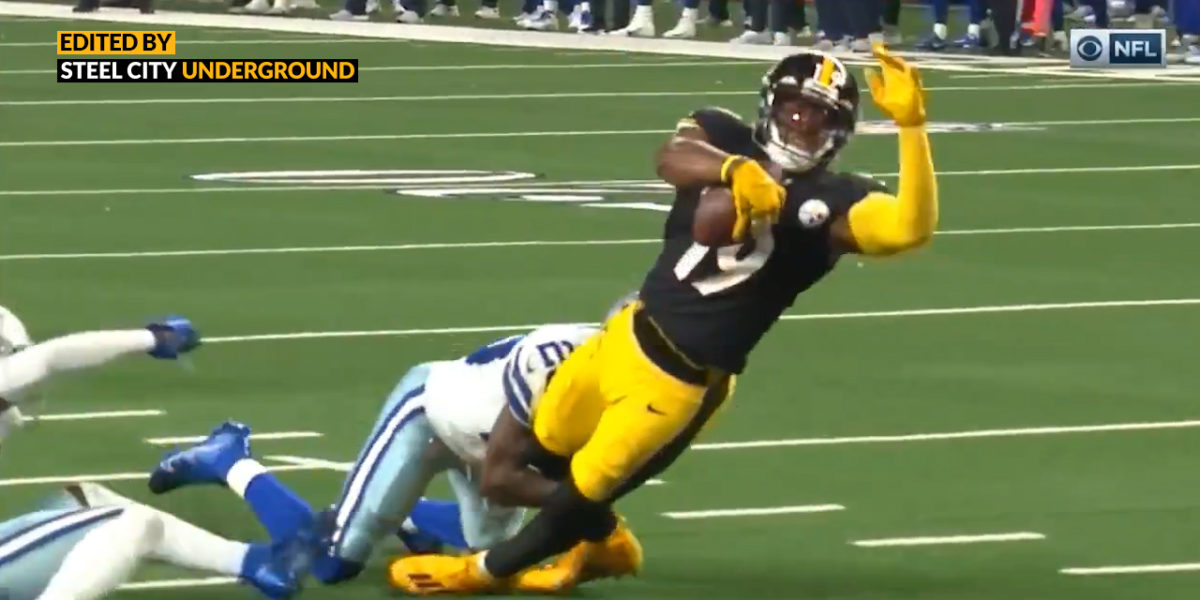 As the third quarter completed and the teams switched sides, the Pittsburgh Steelers were down by ten points, with their 7-0 unbeaten streak on the line entering the fourth quarter.

Trailing by a score of 19-9, Ben Roethlisberger lined up in shotgun for the first place of the final period, a 2nd-and-6 from the Dallas 31. The Steelers offense had struggled all day long, as evident by the score –but their current stand was aided by fourth-year pro, WR JuJu Smith-Schuster, who suddenly came alive with a pair of 20-yard receptions during the drive.

Roethlisberger would connect with his top receiver once again for the first place from scrimmage, as Smith-Schuster would man up and plow his way through several Cowboys to get the Steelers within four points.

Unfortunately, the extra point attempt would be blocked.

Fortunately, Pittsburgh would 15 points total in the fourth quarter to remain unbeaten, defeating Dallas by a final score of 24-19 – and climbing to their best franchise start ever, at 8-0.