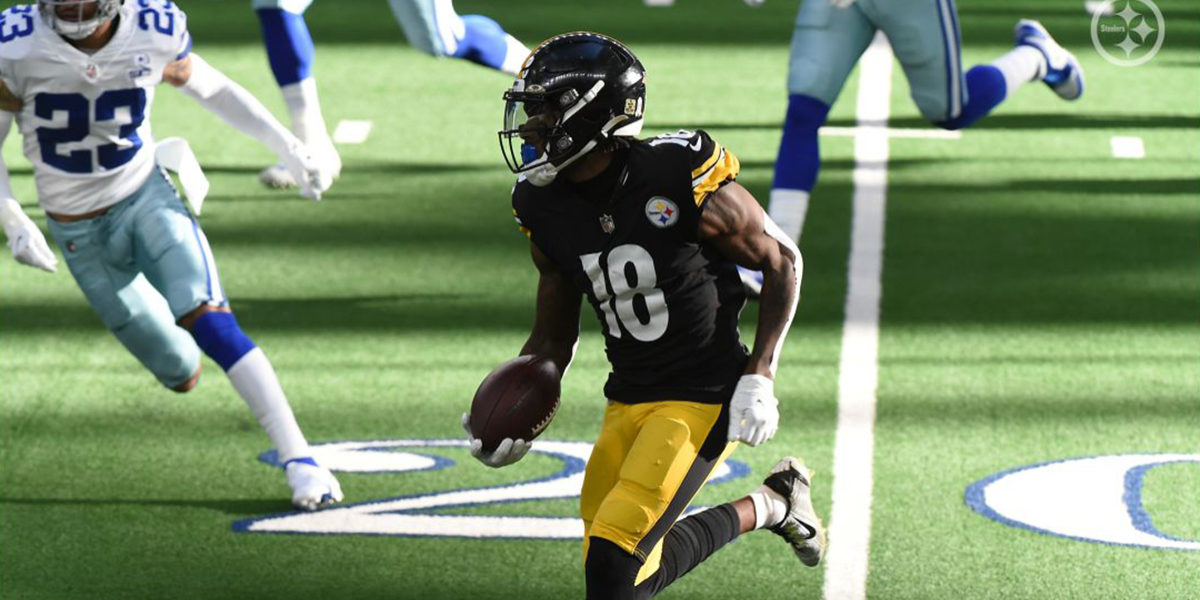 Steelers Scouting Report: What to Expect From the Cincinnati Bengals

Last Sunday was a roller coaster of emotions for Steelers fans as the game against the Cowboys was a lot closer than expected. The good thing is that they still remain undefeated and have an opportunity to work out some issues and keep momentum rolling this Sunday. Pittsburgh returns home to Heinz Field where they will welcome their AFC North foe, the Cincinnati Bengals.

While the Steelers have seen their season going exactly the way you would want it, the Bengals remain their typical selves as of the past few seasons, currently sitting at a 2-5-1 record.

However, as we all have seen in this past, this game has typically been close regardless of records. With that being said, let’s take a deeper look at this weekend’s opponent, the Cincinnati Bengals.

The Bengals have multiple significant injuries to keep in mind for this Sunday’s game. On offense, they are already without tight end C.J. Uzomah who was placed on the Injured Reserve early in the seasons with an Achilles injury. They could also be without star running back Joe Mixon (Foot) and offensive tackle Bobby Hart (Neck) who both missed Thursday’s practice and are listed as questionable. Wide receiver John Ross (Foot) and offensive tackle Jonah Williams (Neck) are also listed as questionable but were able to have limited participation in practice on Thursday.

On the defensive side of the ball, they will be without nose tackle D.J. Reader (Quadriceps) and defensive end Sam Hubbard (Elbow) who are both currently on the IR. Defensive end Margus Hunt and cornerback Trae Waynes are on the COVID list so their status could be up in the air depending on testing. Cornerback Darius Phillips is listed as questionable with a groin injury and didn’t practice on Thursday.

Burrow gets his first taste of Steelers defense

One thing that has been going well for the Bengals this season is that they seem to have found their franchise quarterback in rookie Joe Burrow. Burrow is eighth in the league in passing with 2,272 yards for 11 touchdowns and five interceptions.

Burrow’s top target so far has been wide receiver Tyler Boyd who has 54 catches for 584 yards and three touchdowns.

He has also had help from standout rookie receiver Tee Higgins and veteran A.J. Green. Along with that trio, the Bengals have Drew Sample at tight end, along with Mike Thomas, Auden Tate, and John Ross filling out the receiver core.

While Burrow has found some success this year, he is facing his toughest task yet with this Steelers defense. His offensive line has struggled tremendously and will be going up against a Steelers pass rush led by TJ Watt that currently leads the league with 32 combined sacks. To make matters even more difficult, Pittsburgh’s secondary is tied for first in the league with 11 interceptions.

Typically, Burrow would have one of the top backs in the league to hand the ball off to in Joe Mixon but things aren’t looking great as he missed practice on Thursday.

If he’s somehow able to play, that would be huge but if not the Bengals will have to turn to Giovani Bernard as their lead back. Bernard has carried the ball 40 times for 143 yards and two touchdowns so far but is also a threat as a receiver out of the backfield. Samaje Perine could see some carries as well if Mixon is out.

Whoever is getting the carries for the Bengals this weekend will have their hands full. They will be going up a Steelers front seven that has been strong against the run this season. Pittsburgh currently ranks ninth in the league against the run allowing 102.8 yards per game and only five total rushing touchdowns this season.

Bengals must get some help from their defense

Although Burrow has had their offense looking improved this season, it hasn’t mattered as the Bengals have one of the worst defensive units in the league. They rank 26th in the league in total defense allowing 400.9 yards per game and 26.8 points per game. If you had to pick a strength of their defense so far it would be against the pass.

The Bengals currently rank 23rd in the league in passing defense giving up 256.6 yards per game and 17 passing touchdowns while coming away with eight interceptions.

Their secondary is led by Jessie Bates III at free safety who has two interceptions on the season. He is joined in the secondary by Vonn Bell at strong safety with Darius Phillips and William Jackson III at the corners and Mackenzie Alexander at nickel. Shawn Williams will rotate in at strong safety and it will be between Tony Brown and LeShaun Sims at corner if Phillips can’t play.

They will be going up against quarterback Ben Roethlisberger who is currently a frontrunner for Comeback Player of the Year. He has thrown for 1,934 yards, 18 touchdowns, and four interceptions so far. Roethlisberger did suffer a small knee injury last weekend but was able to come back into the game. He is out for practice this week due to being on the COVID list but is expected to play as long as he keeps testing negative.

While they haven’t been great against the pass, the Bengals have been even worse at defending the run. They currently rank 29th in the league in rushing defense allowing 144.3 yards per game and seven rushing touchdowns so far.

Their front seven is led by the talented veteran Geno Atkins at defensive tackle. He is joined on the line by Mike Daniels at nose with Amani Bledsoe and Carl Lawson at the ends. Margus Hunt will also rotate in on the line if able to play and it will also be interesting to see if/how they use former Falcon Takkarist McKinley who was just picked up off waivers.

Behind them, Germaine Pratt and Josh Bynes are the starting linebackers with three talented rookies in Logan Wilson, Akeem Davis-Gaither and Markus Bailey in the rotation as well.

This group will be facing a Pittsburgh rushing attack led by running back James Conner who has had a very strong season so far. He is currently 11th in the league in rushing with 119 carries for 520 yards and five touchdowns. It also helps that he has two very reliable backs behind him in Benny Snell Jr. and rookie Anthony McFarland Jr.

As I mentioned earlier, this game seems to typically find a way to be close regardless of the records. However, as long as Ben is able to play *knocks on wood*, I don’t see that being the case this year. This will be especially true if Mixon can’t go. Without him, I don’t see the Bengals having enough talent on their roster to keep up. Yes, Joe Burrow is good but his offensive line is awful and he will likely be running for his life against this Steelers pass rush. I see this being a very uncomfortable game for him. On the opposite side, this will be a huge game for James Conner against the front seven of the Bengals. He will go for at least 100 yards and at least one touchdown this weekend. I’ll also add in a defensive score and a pair of Roethlisberger touchdown passes. I have the Steelers running away with this one 34-10.