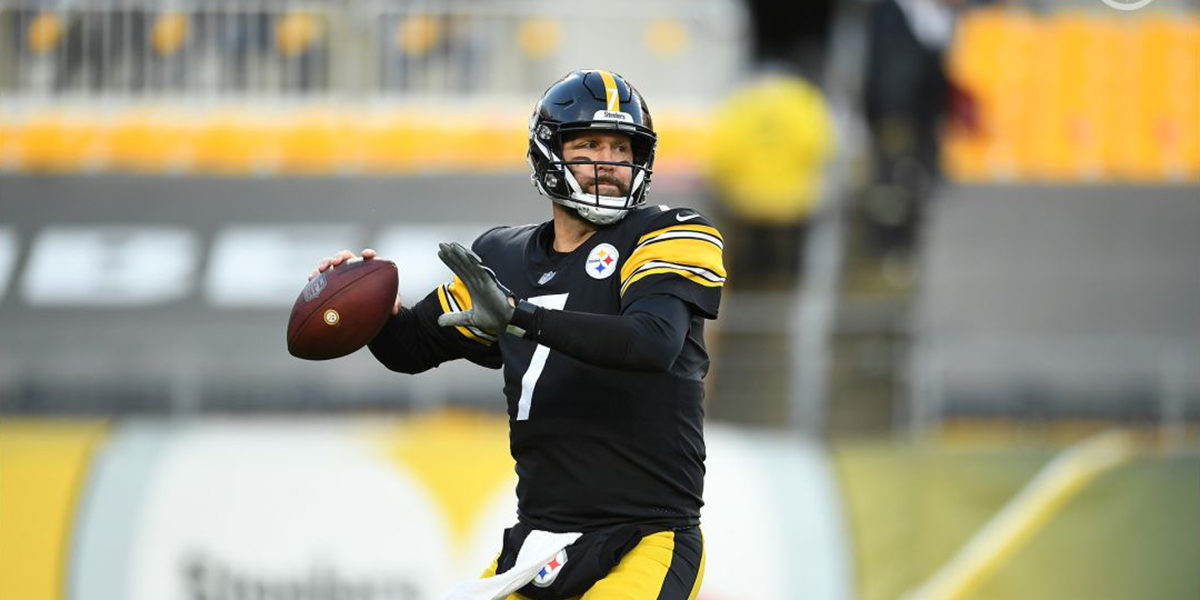 Steelers “Studs and Duds” from Week 10 against the Bengals

“Big Ben” had his best game of the season, statistically, in the Steelers’ 36-10 win over the Cincinnati Bengals. With the running game struggling, the Steelers’ offense needed Roethlisberger to play well and he answered the call, completing 27 of 46 passes for a season-high 333 yards, 4 touchdowns, and 0 interceptions. It was a slow start for “Big Ben” but he got into a rhythm by the 2nd quarter and never looked back.

The first half of this game was by far wide receiver Diontae Johnson’s best half of football to this point in his young career. He caught 6 passes for 116 yards and 1 touchdown, all in the first half. He also made the offense’s biggest play of the game, burning the Bengals’ secondary on a 46-yard pass.

Joe Burrow tested cornerback Joe Haden early and often in this game and more often than not, Haden made the young quarterback pay for it. While Haden gave up a reception here and there, he made several flawless plays on the ball, breaking up passes on third down and forcing the Bengals to punt.

It wasn’t the most dominant performance you’ll see from edge rusher T.J. Watt, but he came through with 4 quarterback hits and 2 sacks in this game. He also made a huge play at the end of the first half, sacking Joe Burrow and ending one of the Bengals’ few drives that managed to go into Steelers territory.

Rookie wide receiver Chase Claypool continues to be a huge red zone weapon for the Steelers. Claypool caught 4 passes for 56 yards and 2 touchdowns against the Bengals. He also drew a long pass interference flag that set the Steelers up deep in Bengals’ territory and could have had a huge game if he and “Big Ben” were able to connect on a few deep passes that barely fell short.

I debated whether or not to include 3 wide receivers in the studs column for the same game, but Juju Smith-Schuster made too many plays against the Bengals to leave him out. He caught 9 passes for 77 yards and a touchdown and also played well as a blocker.

Cornerback Cam Sutton gave up his fair share of receptions in coverage, but he also made several nice plays against the Bengals. He made an impressive play on wide receiver Tee Higgins in the 1st half, forcing a fumble that Steven Nelson recovered, and ending a potential scoring drive for the Bengals.

After a disastrous performance against the Cowboys in week 9, the Steelers’ special teams unit bounced back in a huge way against the Bengals in week 10. Jordan Berry had an impressive outing, booming several long punts and pinning the Bengals deep on numerous occasions. Chris Boswell was a perfect 3 for 3 on his field goal attempts in a very windy game at Heinz Field. Ray-Ray McCloud had a 42-yard punt return that set the Steelers’ offense upon the Bengals’ 15-yard line and resulted in a touchdown. They did give up a 39-yard play on a fake punt late in the game, but other than that it was an outstanding game for the Special Teams unit.

It was another poor performance for the Steelers on the ground. They never got running back James Conner going. None of the end-around plays they attempted with wide receivers Chase Claypool and Ray-Ray McCloud were successful. As a team, the Steelers finished the game with 44 total rushing yards and averaged an uninspiring 2.2 yards-per-carry. Fortunately, though, the Bengals had no answer for Ben Roethlisberger and the Steelers’ wide receiving corps, so they did not need to rely on the running game.