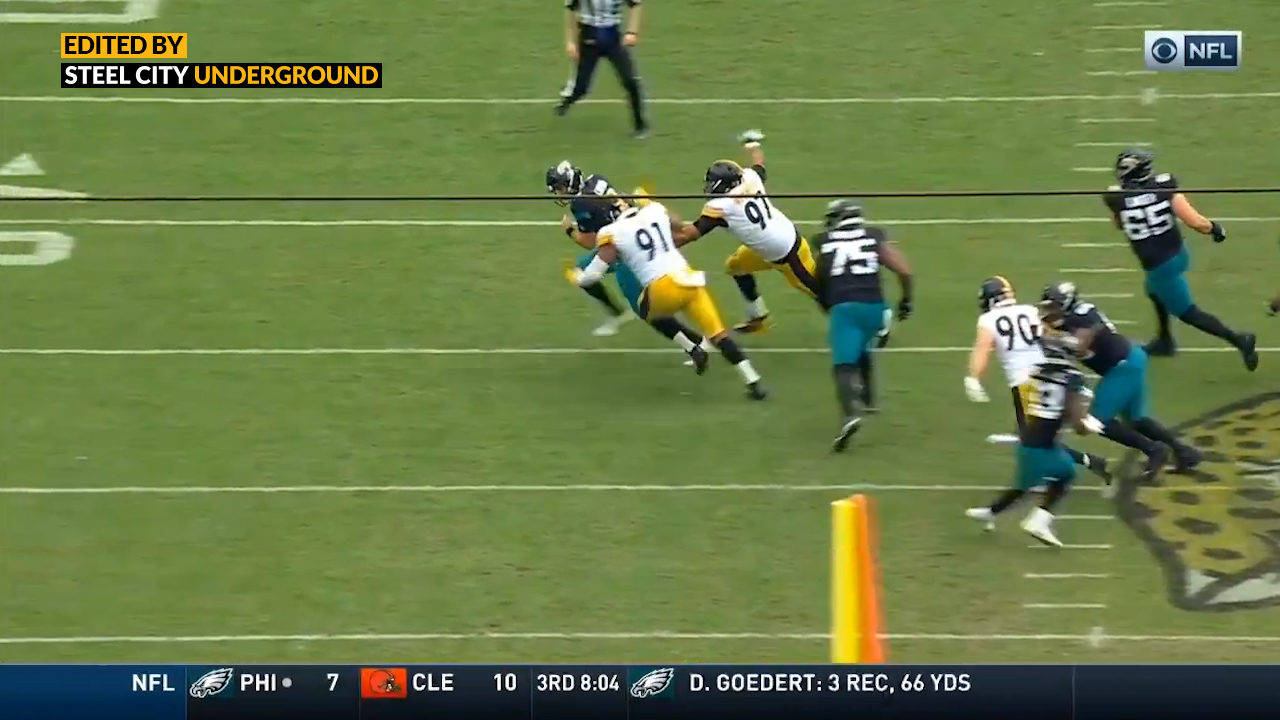 While a lot of the focus has been placed, deservedly so, on the play of T.J. Watt, a serious contender for the NFL Defensive Player of the Year award, and Bud Dupree on the other edge for the Pittsburgh Steelers, Stephon Tuitt has come back this season to keep pace at his spot on the defensive line.

“The guys are playing hard, and playing fast and collectively well,” said head coach Mike Tomlin about the defense after the win over the Jacksonville Jaguars in Week 11. “I think the catalyst for it all is the guys are playing extremely hard and fast. That as a collective. I think that creates the frenzy that provides the wave that we ride.”

In the third quarter of Sunday’s game, Pittsburgh turned up the heat a bit more on Jaguars quarterback Jake Luton when Tuitt powered through the line to earn the Steelers’ first sack of the day; the takedown extended the Steelers’ streak to 67 consecutive games with at least one sack, just two sacks shy of the all-time NFL record.

Tuitt played in just six games in 2019, recording 2.5 sacks (a single-game career high) against the Seattle Seahawks, before he was placed on injured/reserved. That he dealt with that adversity by taking advantage of every moment on the field this season shouldn’t go unnoticed.