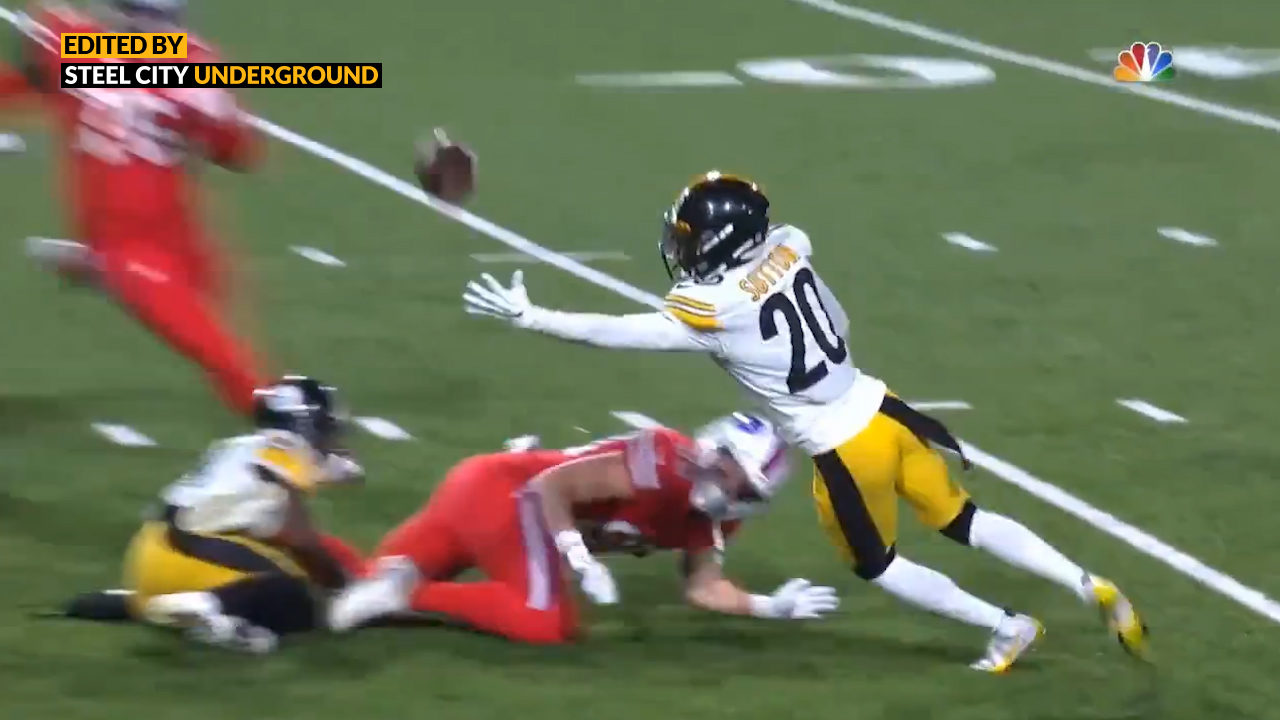 Deja vu anyone? I think so.

The Pittsburgh Steelers dropped their second game in a row to the Buffalo Bills 26-15. Tonight was like getting a papercut between your fingers and rubbing salt into the wounds all night long. That was the Steelers’ offense. Another bad outing while adding injuries on top of it. At least, for the most part, the defense did show up to play as hard as possible. The defense performed a magic trick tonight but unfortunately, they did not have enough spell power to help the Steelers win tonight.

In the middle of the second quarter, both teams struggled to move the ball down the field. On a 2nd and 10 in Buffalo territory, Josh Allen drops back in the gun as the Steelers send heat up the middle and off the edge. Allen dumps it down to his tight end, Dawson Knox,  who gets completely sandwiched between Marcus Allen and Mike Hilton.

As Knox tries to hang on to the ball, it somehow bounces straight into the air and Cameron Sutton is on the spot and leaps for it to secure the Steelers’ second turnover of the night.

It was a spectacular play by a group effort. However, the outcome leaves us all with a sour taste in our mouths. It seems that all of the issues and injuries are finally catching up to this team. After watching this horrendous offense, something has to be done right now. Not in the off-season, right now. They have a hall of fame quarterback and a young receiving core, who as of late seems more concerned with social media hype than catching their passes.

Also, there needs to be a coaching change. We have seen enough to learn that a certain individual is holding this team back strategically.

And the sad part: we made the playoffs today! It just does not feel right because this team is only 11-2 and yet we all feel like a team with no wins. (I am looking at you, Jets.)

I know I am venting, but I am not the only one. This team needs to get their stuff together right now or their stairway to seven is going to crash and burn before they can even take the first step. On to the next week against the Steeler’s AFC North rival in the Cincinnati Bengals.