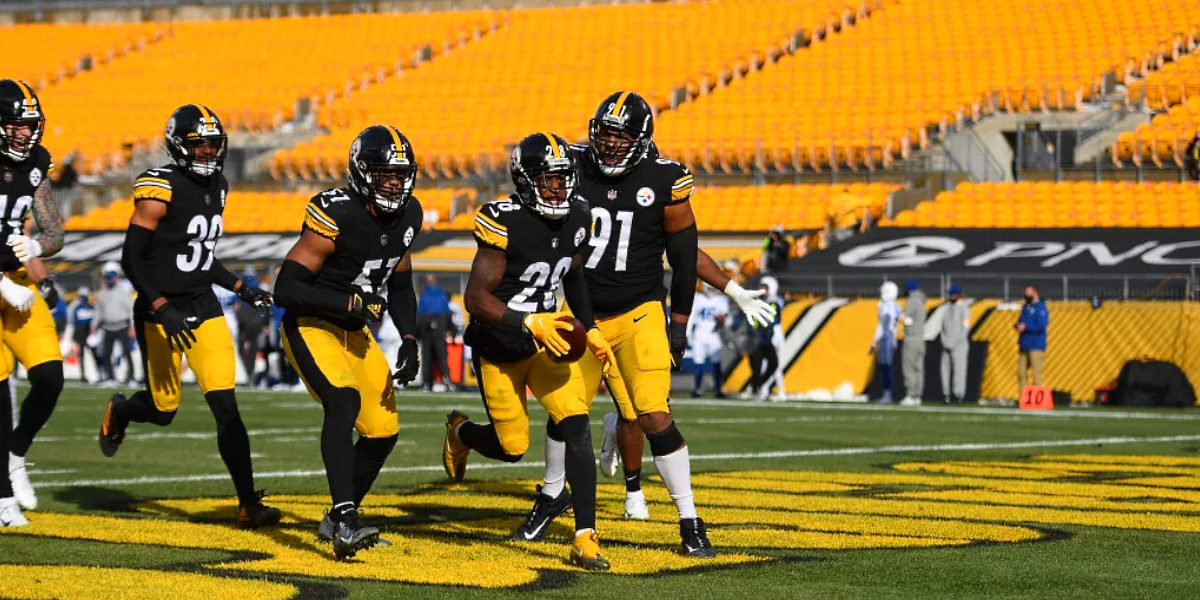 Five Steelers to watch in season finale with Browns

Before every game of the 2020 NFL regular season, Steel City Underground will do a full-roster analysis to find five Pittsburgh Steelers players to keep a special eye on when watching on game day. This week we focus on the Steelers we think will make a difference in the game against the AFC North rival Cleveland Browns in NFL Week 17.

The Pittsburgh Steelers eeked out a win over the Indianapolis Colts in Week 16 of the 2020 NFL regular season despite being outscored for the majority of the game, coming back in the second half due to what head coach Mike Tomlin called “individual and collective will” in his Tuesday press conference. With the win, the Steelers secured the AFC North as champions and moved to 12-3 on the season. In Week 17, the Steelers will face a Cleveland Browns team that lost to the New York Jets, 16-23, last week. The Browns were only able to get into the end zone thanks to their run game. With the Steelers already secure in seeing postseason play, the Browns are hoping to hand Pittsburgh a loss in order to get an opportunity to get into the playoffs. Here we’ll look at Steelers players that will factor into keeping Cleveland out.

Ignoring the past to move forward

With the announcement by Tomlin that he would sit and rest Ben Roethlisberger this week, he opened the door for Mason Rudolph to get the start at quarterback against Cleveland. “We’ll turn toward Mason Rudolph and our young quarterback positional group and give those guys an opportunity,” Tomlin said. “Make no mistake about it, it does not change our intentions in terms of going to Cleveland this weekend. Football is our game, but our job is winning. We intend to do our job.”

The final game of the regular season will be Rudolph’s first start in 2020 and is just one year removed from a late-game scrum between him and Myles Garrett that resulted in Rudolph getting hit in the head with his own helmet and being benched for the rematch, and Garrett being suspended. It’s a topic everyone will be talking about leading up to the game but it’s not what the Steelers should be focused on. Tomlin reiterated that the mentality will be to play winning football, period. Rudolph will spend the week preparing to run the Steelers offense efficiently and effectively.

Strength between the hashmarks

Due to COVID-19 restrictions, the Browns were forced to play offense with unproven receivers Derrick Willies, Marvin Hall, and Ja’Marcus Bradley and rely on the run game and tight ends. It allowed the Jets to stack the box and dare Baker Mayfield to throw the ball. Nick Chubb and Kareem Hunt did earn a touchdown but combined for just 39 yards on 15 carries (0.3 yards per rush before contact).

With the possibility that the Steelers will rest several “starters” during the game, they’re unlikely to cut down their roster too much among the interior defensive line or linebacking corps. Avery Williamson, who stepped up when Devin Bush and Robert Spillane were injured, is expected to be key in helping stop the run. “This team is resilient and that is what I love about it,” Williamson said this week, “don’t give up, continue to fight and play for the full 60 minutes and see what happens.” If the Steelers give Vince Williams an extra week to recover, watch for Tegray Scales to get more snaps this week.

As for the defensive line, there is a good chance that Carlos Davis, Chris Wormley, and Henry Mondeaux share a bigger snap count this week.

Helping Rudolph in the passing game

The Steelers receiving corps has seen its share of ups and downs this season. They also found a way to make halftime adjustments last week, through communication in the locker room according to Roethlisberger and JuJu Smith-Schuster, to get open downfield and make critical catches to propel Pittsburgh to a win. This week, they’ll need to be on their best in order to help Rudolph keep the offense competitive.

Diontae Johnson had a great second half last week despite dealing with a bit of a hobble and this is one week where James Washington and Chase Claypool could once again become big targets, especially if Tomlin decides to rest Smith-Schuster and Johnson. Washington is due for a breakout game and what better time than the regular-season finale?

Last week, Baker Mayfield had a poor outing; his adjusted completion percentage was 66.7 and he was pressured on 13-of-57 dropbacks. On those plays, Mayfield was only able to complete five-of-nine passes. Mayfield also lost the ball for the third time in the game on a fourth-and-one quarterback keeper at the Jet’s 16-yard line in a desperate last-minute drive. Also missing was a lot of the play-action Mayfield and the Browns have utilized on offense this season.

Outside linebacker Alex Highsmith has really emerged for the Steelers in place of an injured Bud Dupree. He has shown a good motor in getting to the ball, logging 36 tackles (21 solo) while also helping apply pressure on opposing quarterbacks. With T.J. Watt expected to get a breather this week, the Steelers are going to ask more from Cassius Marsh and Jayrone Elliott in setting the edge and keeping Mayfield on his heels.

The Steelers aren’t interested in sending any kind of message to their opponent. “We need to send messages to ourselves,” Roethlisberger said. “We need to prove to each other that we can do it, that we have guys in this locker room that can make plays, that are special talents.”

Everyone has been talking about the lack of a run game but the Steelers were able to compensate for times the ball couldn’t be carried out of the offensive backfield last week by utilizing underneath passes. Benny Snell, who has shown he can create plays when Pittsburgh hasn’t abandoned a balanced offense, and has played well along the offensive line, has the special talent to keep the Browns defense from forcing Rudolph to try to win with his arm alone. Snell has shown an ability to get extra yards on the ground, and a valuable check-down option as he has improved his ball control.