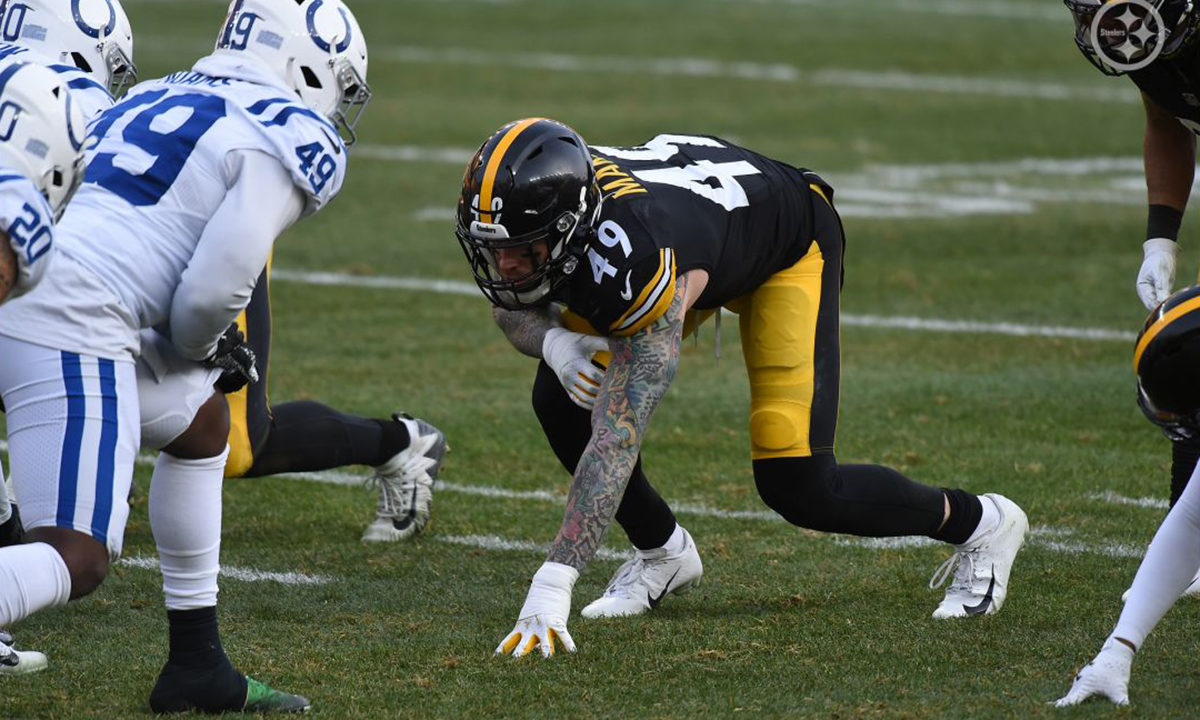 Steelers fans, the regular season has flown by quicker than I ever imagined as we are heading into the final week of the season. It has been a very exciting year as our Pittsburgh Steelers are the AFC North Champions and will host a playoff game next weekend.

However, there is still one game left to be played, even with some key players being rested. To finish out the season, the Steelers will be on the road against their AFC North rival, the Cleveland Browns.

While Pittsburgh has their spot locked in, the Browns still have a lot to play for as they are trying to land one of the final AFC wildcard spots. With that in mind, let’s take a look at this week’s opponent, the Cleveland Browns.

The Cleveland Browns are a team that has had to deal with some key injuries throughout the season and still have multiple to keep in mind for this Sunday.

On offense, the will be without wide receivers Odell Beckham Jr. (ACL), Taywan Taylor (Neck), JoJo Natson (ACL), as well as offensive guard Chris Hubbard (Kneecap), as they are all on the IR. Tight end Harrison Bryant will miss Sunday’s game due to COVID-19.

Offensive tackles Jack Conklin (Knee) and Kendall Lamm (Illness), along with center JC Tretter (Knee) are listed as questionable. Tretter and Conklin were limited in Thursday’s practice while Lamm did not participate.

Defensively, the Browns will be without defensive ends Curtis Weaver (Foot), George Obinna (Triceps), and Trevon Young (Undisclosed) along with cornerback Greedy Williams (Shoulder) as they are all on the IR. Linebackers Malcolm Smith and B.J. Goodson as well as cornerback Denzel Ward, strong safety Karl Joseph and free safety Andrew Sendejo are on the COVID-19 list.

Can Baker Mayfield get the Browns to the playoffs?

Over the past few seasons, the Browns have been a team with high expectations that has had a lot of ups and downs. This is due in large part to the inconsistent play of starting quarterback Baker Mayfield. He is a player that can either kill a defense or kill his own team on any given night.

This season, Mayfield has thrown for 3,367 yards with 25 touchdowns and eight interceptions.

His leading receiver this year has been Jarvis Landry who had 67 receptions for 789 yards and three touchdowns. Landry will be joined in the passing attack by Rashard Higgins, KhaDarel Hodge, and Donovan Peoples-Jones, along with tight end Austin Hooper.

This weekend, Baker will be going up against one of the most talented secondaries in the league. The Steelers currently rank second in the NFL in passing defense, allowing 196.3 passing yards per game and 21 passing touchdowns while coming away with a league-leading 18 interceptions.

It will be interesting to see how much free safety Minkah Fitzpatrick and the other starters will play but luckily for Mayfield, they are sitting outside linebacker TJ Watt and defensive lineman Cameron Heyward so he won’t have to deal with the full version of the deadly Steelers pass rush.

While Baker has had some decent moments, this Browns offense revolves around the run. They have arguably the best running back duo in the league in Nick Chubb and Kareem Hunt. Chubb is the workhorse back as he has 176 carries for 959 yards and 11 touchdowns on the season.

Hunt has seen his role in the offense grow this season, especially with Chubb missing some time as he has ran the ball 188 times for 804 yards and six scores.

Hunt is also more dangerous in the passing game with 37 catches for 300 yards and a team-high five receiving touchdowns.

This rushing attack will be facing a Steelers defense that has been solid against the run this season. Pittsburgh is eighth in the league in rushing defense, allowing 106.1 yards per game and eleven total rushing touchdowns this season. As I said, they will be without Heyward and Watt so it will be interesting to see how players such as Alex Highsmith, Olasunkanmi Adeniyi, Carlos Davis, and Chris Wormley step up with added reps.

On the defensive side of the ball, the Browns have been more towards the middle of the pack. They currently rank 17th in the league in total defense, allowing 243.5 total yards per game and 26.5 points per game. The strength of their defense has been against the run.

The Browns are 13th in the league in rushing defense, giving up 112.5 rushing yards per game and 16 total rushing touchdowns so far. Their front seven is led by one of the best defensive ends in the league in Myles Garrett who has 44 total tackles with ten tackles for loss this season.

He will be joined on the defensive line by Sheldon Richardson and Larry Ogunjobi at the tackles with Olivier Vernon at the opposite end. Behind them, the linebacker core consists of B.J. Goodson, Sione Takitaki, and Jacob Phillips with Mack Wilson and Tae Davis rotating in.

They will be facing a Steelers run game that has struggled lately but showed some signs of life in the second half against the Colts.

Pittsburgh will look to try to get some momentum going on the ground heading into the playoffs, whether it be from lead back James Conner, Benny Snell Jr. or someone else.

Against the pass, the Browns have a struggled at times. They are currently 20th in the league in passing defense, allowing 243.5 yards per game and 29 total passing touchdowns while coming away with ten interceptions so far. Unfortunately for them, they could be very shorthanded in the secondary this weekend.

If Denzel Ward can’t go due to COVID-19, Kevin Johnson will start in his place with Terrance Mitchell alongside him. Ronnie H. arrison will be the starter at strong safety if he can play but if he’s out, Tedric Thompson will likely start in his place with Karl Joseph on the COVID-19 list. Free safety Andrew Sendejo is also on the COVID-19 list so if he can’t go, Sheldrick Redwine will start.

This Sunday, they will be facing a Mason Rudolph led Steelers offense with Ben Roethlisberger being rested. Rudolph hasn’t had to start any games this year but could be looking at this as a revenge game after how last year’s matchup end. Hopefully the Steelers offensive line can handle Myles Garrett who has 12 sacks on the season and is very familiar with Rudolph for all the wrong reasons.

This game has the makings of a very interesting one as the Steelers really don’t have anything to play for while Cleveland’s whole season is on the line. On top of that, if the Browns were to win, there is a possibility that these two could face each other in the first round.

Unfortunately for the Browns, I don’t see that happening.

I am confident that Mason Rudolph is going to come out fired up and put on an outstanding performance this Sunday, especially if the Browns are shorthanded in the secondary.

He will spread the ball around to his weapons with multiple receivers finding the end zone.

On the other side of the ball, the only way the Browns win this game is if they can get the run game going as I just don’t see this being a game where Baker goes off. I believe the front seven will step up to the challenge and the Steelers will end the Browns’ season with a 28-17 victory.