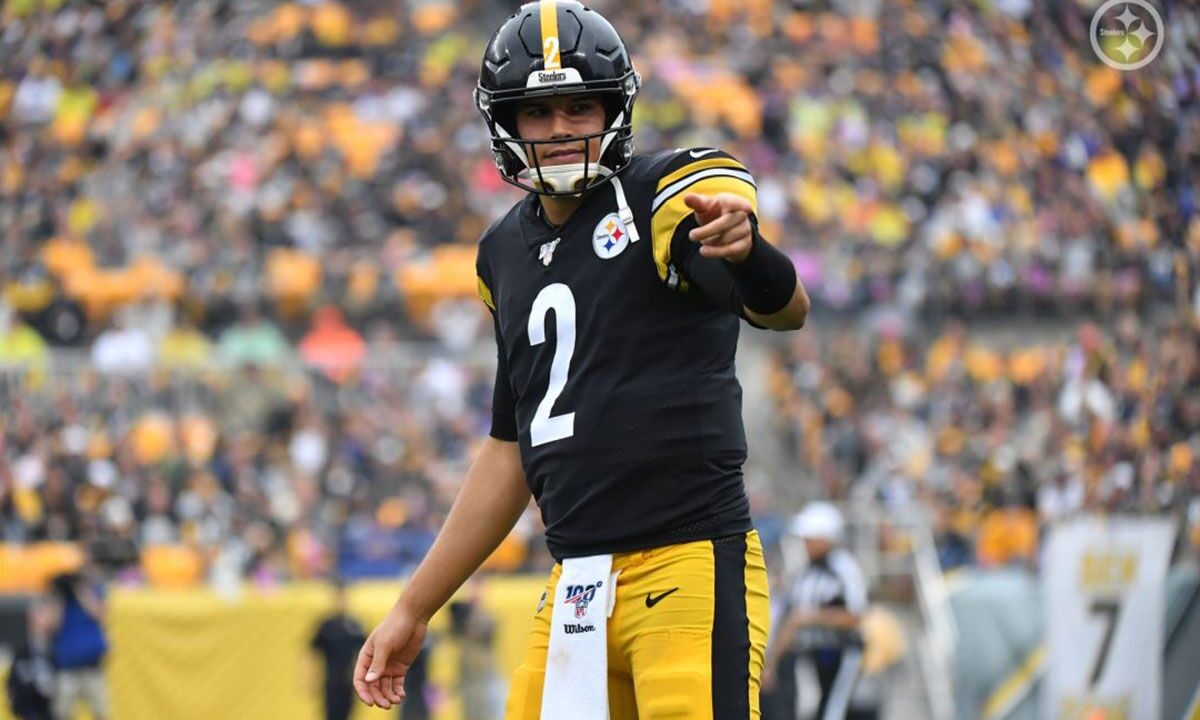 Last week I was conspicuous by my absence. Following weeks of making predictions, several of which (somewhat) hit the mark, I found myself in the middle of a holiday shutdown of our SCU site and unable to make a prediction last week.

Actually, I was so frustrated at how unpredictably bad the Steelers had been playing, that there was no way I could peg what they might do last Sunday against the Colts. Rather than dwell on the negatives, I just took the week off to rest up for the final prediction of Pittsburgh’s 2020 regular season.

Yes, even writers need rest too and apparently so does Ben Roethlisberger, who Steelers head coach Mike Tomlin ruled out of this Sunday’s game against the Cleveland Browns.

With a lack of a true bye week and a horrendous carousel of game scheduling which saw the Steelers slump into a three-game losing streak, the coaching staff is taking measures to make sure their team gets some sort of a reprieve before the playoffs begin.

While that could really muck with my predictions for individual or team accomplishments this weekend, I feel there’s one prediction that could be made:

The Steelers are going to knock the Browns out of the postseason.

Cleveland had a golden opportunity to clinch a playoff berth last weekend, but saw a few of their chances slip. First, the Miami Dolphins made a comeback to beat the Las Vegas Raiders in the final minutes of their Saturday game. Had Miami lost, the Browns would’ve clinched a spot in the playoffs.

With the Dolphins hope just as alive as the Browns, the latter fell to a one-win New York Jets team on Sunday amidst losing a number of receivers, offensive linemen, and linebackers due to either testing positive or being a close contact trace with the NFL’s COVID-19 protocols.

Among those players include star receiver Jarvis Landry and starting linemen Wyatt Teller and Jedrick Wills. Those players could all return to practice as soon as Thursday, depending on how their testing proceeds.

That would be a huge boost for the Browns as they likely gear up to face the Steelers backups. That should be enough to throw my prediction into disarray, however, we’ve been at this impasse before.

With Mike Tomlin only committing to sitting out Ben Roethlisberger this Sunday, we could still see quite a few Steelers starters play, albeit in spurts. Veterans such as Cameron Heyward or Joe Haden could also be spectating from the sidelines, but this isn’t much different than what we’ve seen in late-season matchups between the two teams.

Several years ago Landry Jones made back-to-back Week 17 starts in which he led a similar band of backups to victory over Cleveland twice, while Steelers star players sat. Understandably, those Browns teams ranked as the worst individually in the NFL with a 1-31 record over two seasons.

Last year, while the Steelers didn’t sit any starters in a November 2019 rematch against the Browns, they reached far down their bench to play a bunch of backups regardless. Devlin Hodges led the charge with Benny Snell in the backfield as Pittsburgh won 20-10.

Some will say this year’s Browns team is improved and not the same team. How much they have improved is as questionable as when people claim the Steelers played a soft schedule: Cleveland plays almost the same exact slate!

Either statement could be true, but one thing that sticks with me is just how badly the Steelers beat the Browns earlier this season. Cleveland has a playoff spot on the line while the Steelers, who are already sitting Big Ben, don’t appear to be playing for anything with their spot atop the AFC North secure.

But I wouldn’t rule out the Steelers not playing for something.

Mason Rudolph, named Sunday’s starter, is seeking redemption for last year’s debacle in Cleveland where on a Thursday Night Football game he threw four interceptions and nearly got his head caved in by a helmet swinging Myles Garrett.

He’ll be out to prove last year’s game was a fluke and that he’s also a capable starter in the NFL – and potentially Roethlisberger’s future successor.

T.J. Watt may be on a pitch count, but rest assured he feels slighted having not won Defensive MVP of the league in 2019. Leading in nearly every category, along with the Steelers having a sack streak and potential NFL record on the line, I can see Watt being motivated enough to make an impact regardless of his usage.

The Steelers are still plenty deep on defense even if a few players sit. Cameron Sutton has been a disrputive force playing for Joe Haden at other times this season, for example. Robert Spillane could return this Sunday too – and paired with Avery Williamson and/or Vince Williams, provides a solid matchup to stop the strength of the Browns offense, which is their running game.

I’m not anticipating a blowout by any means. I’m also not solidly secure in my thoughts that the Steelers backups can win in Cleveland against a team playing for their playoff lives. However, there’s just enough evidence in these past situations to suggest a prediction in which the Steelers overcome Cleveland in spite of the scenarios.

Provided Randy Fichtner doesn’t play it too safe with his offensive game plan, the Steelers could very well beat the Browns this Sunday – and knock them out of the playoffs.