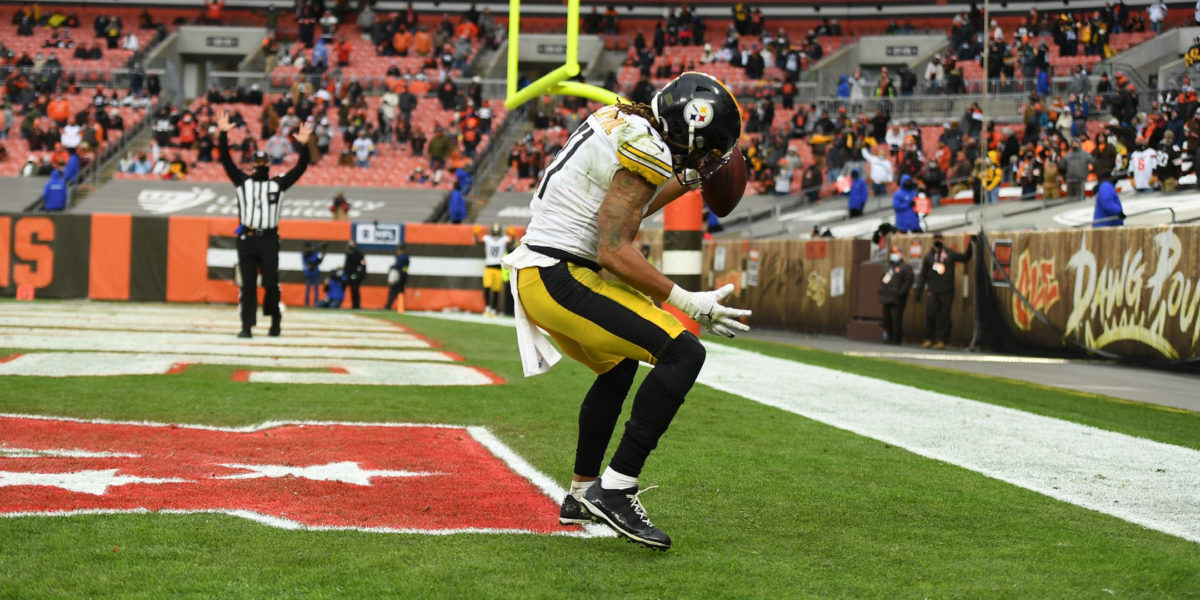 Steelers “Studs and Duds” from Week 17 against the Browns

Rookie wide receiver Chase Claypool had himself a game in the Pittsburgh Steelers’ 24 to 22 loss to the Cleveland Browns. Claypool hauled in 5 receptions for 101 yards and a touchdown. He also made one of the best catches, if not the best catch, of his rookie season on a 28-yard touchdown early in the 4th quarter that cut the Browns’ lead down to one score.

Hopefully Claypool can build on this performance and put together a strong postseason for the Steelers.

Rookie guard Kevin Dotson continues to impress whenever he is in the lineup and has performed far above his expectations as a 4th round pick this season. He had another stellar performance against the Browns, opening up holes in the running game and not allowing a sack in the game.

Another rookie, edge rusher Alex Highsmith, had one of his best games of the season against the Cleveland Browns. He showcased his advanced pass rushing skill set and pressured Baker Mayfield often in the game. He also led the team in tackles with 9, and picked up a sack in the game as well. With Highsmith emerging as a solid starter down the stretch of the regular season, the Steelers’ 2020 draft class looks like it could pay dividends for them in the playoffs.

The Steelers choosing to rest “Big Ben” for the final game of the season handed Mason Rudolph a huge opportunity to bounce back from an adversity-plagued 2019 season, and he took advantage. He completed 22 of 39 pass attempts for 315 yards, 2 touchdowns, and 1 interception. But most importantly, Rudolph made several impressive throws in the game and nearly completed a 15-point 4th quarter comeback for the Steelers, though it fell short on a failed 2-point conversion attempt.

Wide receiver Diontae Johnson connected on several deep passes from Mason Rudolph against the Browns, including an impressive 47-yard catch over his back shoulder that set up a field goal for the Steelers late in the 1st half. He ended the game with 3 receptions for 96 yards and did not have any problems catching the football, which, has been an issue for him this season.

Johnson has been on a hot streak over the past few games and hopefully he can keep the momentum going into the playoffs.

The Steelers may have been better off resting left tackle Alejandro Villanueva for the playoffs and playing another tackle in this game. He has played poorly, to say the least, over the past month and he looked like a liability again in week 17. To be fair, he was tasked with blocking one of the best edge rushers in the NFL in Myles Garrett, but Villanueva looked outmatched and simply gave up far too much pressure against the Browns. He will need to seriously pick up his game going forward to give the Steelers their best chance at winning a Superbowl.