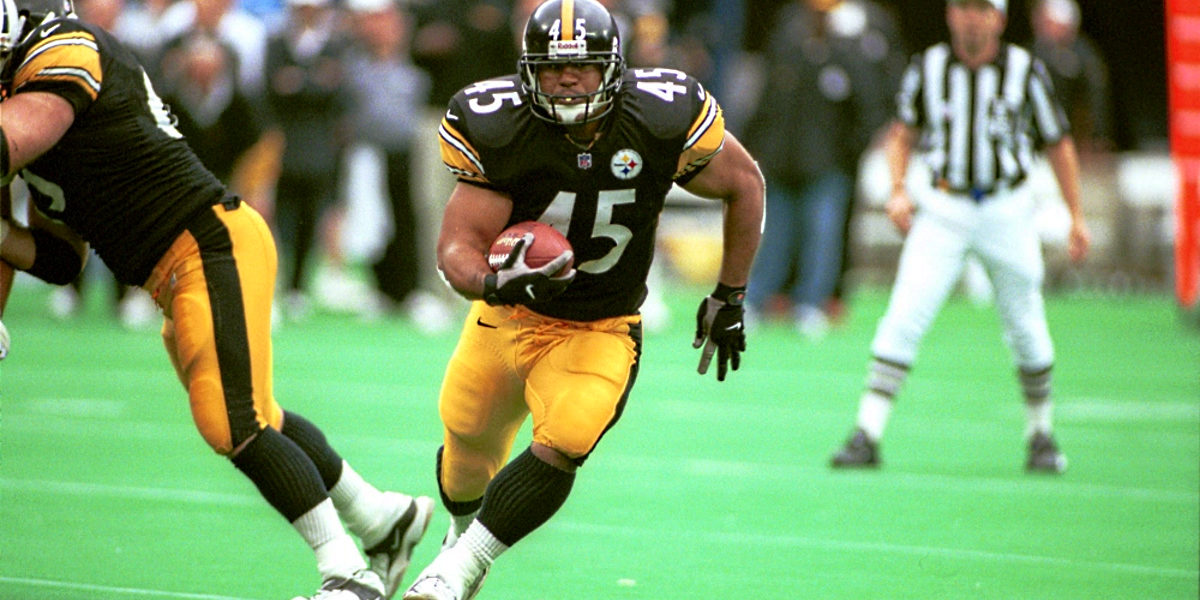 The best Steelers to wear each number : #45 Chris Fuamatu-Ma’afala

Each week of the 2021 offseason, Ben Beberman and Steel City Underground will look back at some great careers to find out which Steelers were the best to wear each jersey number. Stay tuned to see which fan favorites or forgotten greats are mentioned in this weekly series!

He was an iconic player; not known just by his game but also by his name. A standout during the Bill Cowher-era and a bull in a china shop, Chris Fuamatu-Ma’afala.

A tall behemoth of a running back in the glory days of ground and pound, Chris was a member of the Pittsburgh Steelers from 1998 to 2002. In his five seasons with the Steelers, Chris played in 53 games. He racked up 751 yards and six scores on 172 carries. He was also a threat in the passing game with 38 catches, 330 yards, and three scores.

Fuamatu-Ma’afala, a native of Kalihi, Hawaii, was drafted in the 6th round of the 1998 NFL Draft out of the University of Utah (Utes). While he was never the star of the show in the backfield, he was a unique member of the roster. When Jerome Bettis needed a break, Chris was there to spell him.

In 2001, Fuamatu-Ma’afala had his best professional season, appearing in all 16 games for Pittsburgh. On the season, he rushed the ball 120 times, for 453 yards, and three touchdowns. He also had 16 receptions for 127 yards and one touchdown.

While many backs like him do not exist in today’s game, the ones that do are a force to be reckoned with.