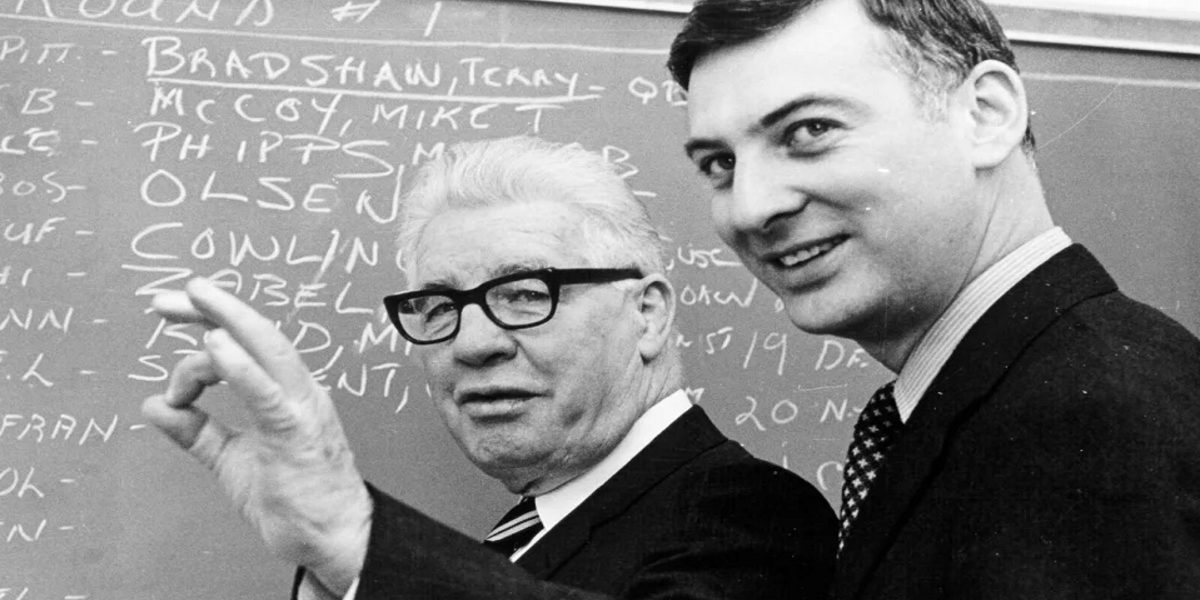 The Pittsburgh Steelers were one of the first National Football League franchises to exist, but that did not come without a rocky start, both on and off the field.

It’s no secret that the Steelers were not a good football team for multiple decades after being founded. With the lack of on-the-field success in the first few years of the franchise, coupled with the Great Depression and World War II, Art Rooney almost lost the Pittsburgh Steelers for good.

The name change from the Pittsburgh Pirates to the Steelers was supposed to rejuvenate not only the brand of the team but the play on the field. However, the same poor results showed in 1940 when the Steelers finished an unsurprising 2-7-2, another bad season. Rumors started to spread that a change, or trade, was going to happen with one or multiple NFL franchises.

Alexis Thompson was a New York entrepreneur looking to buy an NFL team and move them to his hometown in Boston. His first approach was to Bert Bell, the owner of the Philadelphia Eagles. Bell was not interested in selling his team, but Bell brokered a deal in which Thompson would pay $160,000 for the Steelers, and Rooney would invest half of that money to become the co-owner of the Eagles. An 18-player swap was also included.

Thompson planned to rename the Steelers the “Ironmen” and move them to Boston, while Rooney and Bell would own a team that would play games at both ends of the state.

The deal went down on December 9, 1940, but complications started to arise, and Rooney had second thoughts about selling his team. He pursued his own ‘Plan B’ to get his team back and leaked the information to local writers that a big story would be coming out of the NFL spring meeting in Chicago.

The eventual result had the Rooney and Bell combined franchise move to Pittsburgh and remain the Steelers, while Thompson would take the “Ironmen” to Philadelphia and remain as the Eagles. This was approved by the NFL on April 4, 1941.