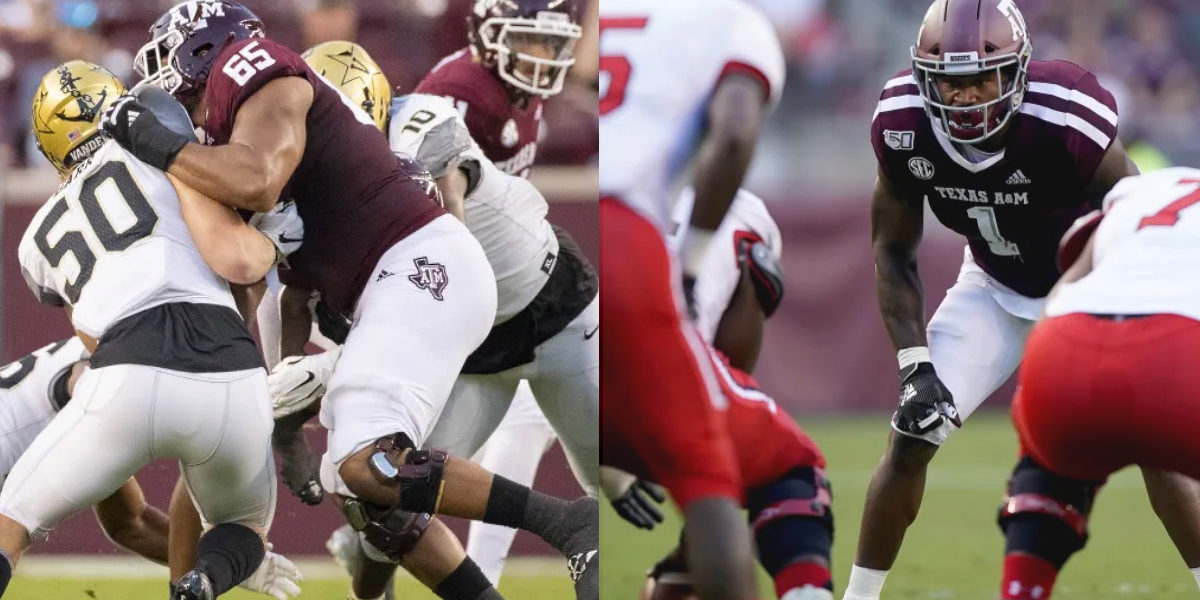 In the fourth round of the 2021 NFL Draft, the Pittsburgh Steelers grabbed two Texas A&M players they’d evaluated in April at the Aggies’ Pro Day in Dan Moore, Jr., and Buddy Johnson. Offensive coordinator Matt Canada and Chris Morgan were at the school, according to several scouting reports and Senior Bowl director Jim Nagy , to get a good look at quarterback Kellen Mond. Mond even mentioned in his press conference following workouts that he’d talked to the Steelers, saying, [I] don’t want to say any names, but I’ve definitely had some great talks with scouts and higher-ups [in the Steelers organization].” Surprise, surprise, however, it was offensive tackle and linebacker that the Steelers were impressed by enough to make mid-Draft selections.

Moore was selected with the No. 128 pick overall. The 6-5, 315 offensive tackle is a Texas native who started ten games on the left side on one of the top SEC offensive lines in 2020; they allowed just 0.7 sacks, 3.8 tackles for loss, blocked for 5.45 yards per carry, and finished as finalists for the Joe Moore Award. Moore was a second-team All-SEC selection last year. Earlier in his Aggies career, Moore started all 13 games in both his 2018 and 2019 seasons, eight his freshman season in 2017 where he began as an offensive guard before switching to tackle.

“I would describe my mentality as hardworking. Regardless of the talent you have, you have to work hard every day and prepare yourself…that is the mindset that I have.” – Dan Moore, Jr.

Steelers offensive line coach Adrian Klemm has put an extra emphasis on strength, physicality, and being “nasty” along the offensive front. In describing Moore, Klemm said, “It’s exciting to get somebody who has position flexibility in terms of playing on the right and left… who is more than capable of being nasty, playing physically… [Moore] has finished and pounded people in the dirt. He plays consistently at a high level with a high motor.”

With Chukwuma Okorafor penciled in at left tackle, despite having most of his experience on the right side of the offensive line, the Steelers have an opportunity to get Moore experience and repetitions in his natural position, on the left side, and beef up the blind-side blocking as well as run blocking for Najee Harris and the Steelers’ offensive backfield.

Johnson was selected with pick No. 140 overall. Steelers linebackers coach Jerry Olsavsky likes what Johnson presents defensively on the inside. “I love guys that play football and Buddy fits the bill… He likes football, plays downhill, good in pass coverage, zone drops. That is what we want.”

Johnson, at 6-2, 240, had 210 career tackles with the Aggies; he added 6.5 sacks, five pass defenses, three forced fumbles, two fumble recoveries, and an interception as he became a semifinalist for the Butkus Award in 2020.

“This league is changing for linebackers. You have to be able to run and move. I look forward to being about to get out there and showcase my talents.” – Buddy Johnson on joining the NFL.

Johnson will see time with the Steelers’ special teams as he learns his role behind Devin Bush and Vince Williams. He’s not opposed to getting his feet wet there. “The way we worked at A&M, if you were a starter you have to play on special teams,” Johnson said. “I love the defensive side of special teams.”