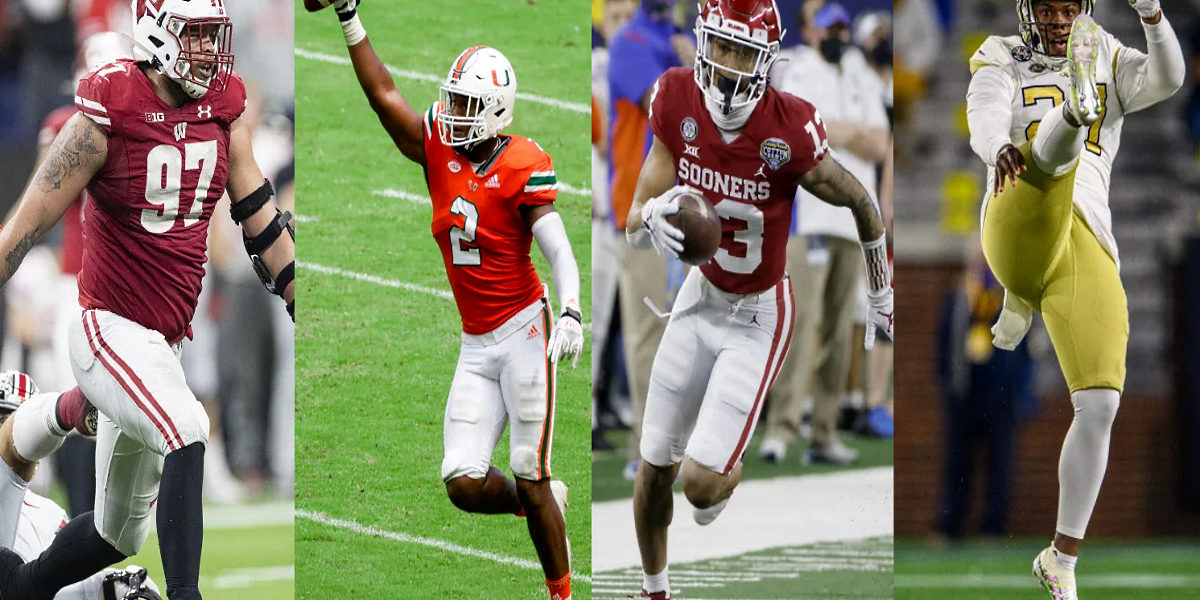 The Pittsburgh Steelers rounded out their 2021 NFL Draft class by first making a trade to get into the fifth round and then adding their sixth- and seventh-round selections. Initially, the Steelers did not have a pick in the fifth round but, by trading their fourth pick in the 2022 NFL Draft to the Miami Dolphins, Pittsburgh grabbed the 156th pick overall this year. That allowed the Steelers to draft nine total collegiate athletes to their roster.

Dunbar liked the versatility he saw in the young player and feels his size and versatility will help him be molded into what Pittsburgh is wanting to do with the future of their defense.

“Cam Heyward is someone I have been watching for a while, and incredible defensive lineman and someone I am super excited to learn from.” – Isaiahh Loudermilk

With the 216th overall pick (sixth round), the Steelers selected linebacker (and former defensive end) Quincy Roche. Roche is expected to transition to EDGE for the Steelers. Roche played one season at the University of Miami (Florida) after transferring from Temple. During the 2020 season with the Hurricanes, Roche started ten games, finishing the season with 45 tackles (14.5 tackles for loss) where he ranked second on the team and third in the ACC, and 4.5 sacks. Roche tied for the lead in the ACC with three forced fumbles and scooped up two fumble recoveries.

The Steelers, including defensive coordinator Keith Butler, expected Roche to be unavailable in the sixth round despite having their eye on the young athlete. When he slid to their spot, they were happy to grab him. Roche will get an opportunity to learn behind T.J. Watt and Alex Highsmith.

“I always had to prove myself and just work a little bit harder. It’s nothing new to me… Growing up in Baltimore, I was on the opposite side of the rivalry… I told (my family) today I don’t even want to see the color purple. I have someone dropping off Terrible Towels to me tonight.” – Quincy Roche

With the 245th overall pick (seventh round), the Steelers selected Oklahoma safety Tre Norwood. Norwood, who also played cornerback, was referred to by Steelers head coach Mike Tomlin as a ‘Swiss Army knife utility back safety.’ Indeed, Norwood played in a lot of space during his collegiate career. In 2020, Norwood was the Big-12 co-leader (tied for third nationally) with five interceptions. He also recorded 23 tackles, two pass defenses, and was named Outstanding Defensive Player of the Goodyear Cotton Bowl Classic that same season after he returned an interception for 45 yards and a touchdown that gave the Sooners the win over No. 10 Florida (Gators).

With their final pick, 254th overall, the Steelers selected Pressley Harvin III out of Georgia Tech. Harvin won the Ray Guy Award in 2020 as the nation’s top punter and was the first African American to do so in the award’s 21-year history. Harvin also set a Georgia Tech and ACC record, as well as led the nation, with a 49-yard punting average, being named a unanimous first-steam All-American (the third Georgia Tech player to earn that accomplishment). Harvin was also utilized, at least once, in completing a touchdown pass on a fake punt and literally threw a perfect ball.

Harvin literally has the ability to pin opponents very deep, something the Steelers have needed on special teams.

“He is a big-legged guy. He has a naturally powerful leg. Excited to have him come in and join the competition.” – Steelers general manager Kevin Colbert

At 6-0, 255, Harvin is a formidable player that will compete in camp with Jordan Berry. Berry, who was released and then re-signed in 2020 by the Steelers, has had some issues with inconsistency and short punts.

One response to “Steelers wrap up 2021 NFL Draft with Loudermilk, Roche, Norwood, and Harvin”