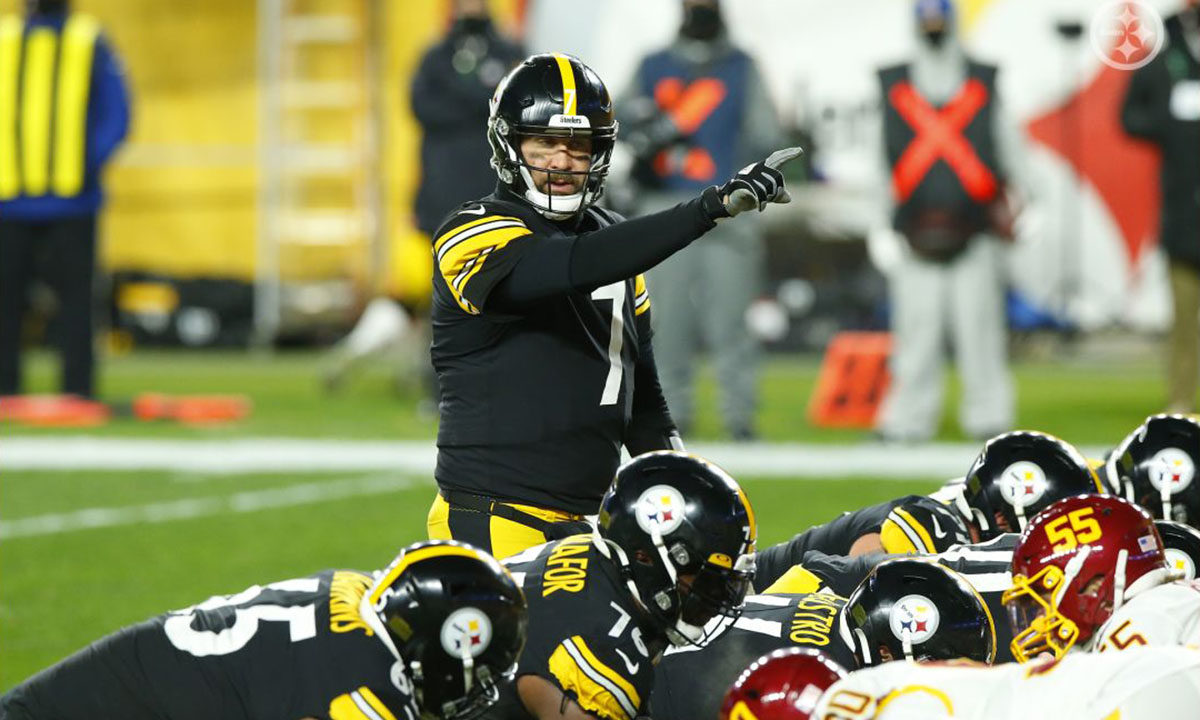 I wanted to kickoff this year’s series with a somewhat controversial position group, depending on who you are listening and/or talking to: the Steelers quarterbacks.

Currently, the Pittsburgh Steelers have four quarterbacks signed to their 2021 roster. At the time of this publication those players are as follows:

Here is how I see each of these players faring in this year’s camp.

Can you teach an old dog new tricks? The better question is, will you have to?

All eyes are on Ben Roethlisberger as he returns for an eighteenth season with the Pittsburgh Steelers. Big Ben became the focal point of a tumultuous team offseason as his contract became the centerpiece of a wrecked salary cap – which became cash-strapped due to the COVID-19 pandemic trimming everyone’s bottom line league-wide.

There’s been speculation that Roethlisberger’s days were numbered in the Steel City, as his draft class peers Eli Manning and Philip Rivers retired in subsequent years. However, Roethlisberger restructured his contract, even taking a pay cut to return for 2021.

Critics balked at Big Ben coming back, but his numbers from 2020 – when his same detractors thought he couldn’t return from missing almost all of 2019 with an elbow injury – suggest otherwise.

In 2018, Roethlisberger led the NFL in interceptions. The misleading statistic is that he led the league with in interceptions despite that figure being the fewest thrown in history to lead such category.

Most were proclaiming the doom and gloom in 2019, before Roethlisberger’s elbow injury ended his season in Week 2. Big Ben would return in 2020 and prove most of his doubters wrong; at least those paying attention. The Steelers receivers led the NFL in drops last season as Big Ben was leaned on to attempt the third-most passes in the league. (Two behind Tom Brady and 18 behind Matt Ryan, having played one fewer game than both.)

The result was an erratic Steelers offense which finished dead-last in running the ball.

Ben’s buddy, and former offensive coordinator, Randy Fichtner, was not renewed, while quarterbacks coach, and widely regarded collegiate football offensive guru, Matt Canada, was promoted to Fichtner’s former post. Add in some new wrinkles with top pick, RB Najee Harris, and new offensive linemen, and we should be able to see if Roethlisberger can lead the Steelers to the promised land once again.

The thinking here is, if Ben has to throw less – and the offense is less predictable than it has been the last two seasons – the rest of the items will fall into place.

For one, I don’t believe Ben’s best days are behind him. When he had time to, he could take shots downfield. The lack of a run game, plus the vanilla flavor of what the Steelers did on offense, ultimately made Roethlisberger the scapegoat.

2021 is the year he can truly prove everyone who has him buried six feet under wrong.

Everyone’s second-favorite scapegoat is Mason Rudolph, who will no doubt enter, and leave, training camp as the Roethlisberger’s backup.

Rudolph became the hot button topic of discussion since he was first drafted. Those who are “draft experts” had mocked him to the Steelers in the first round. Others feel value can be hand in later rounds – where Rudolph was taken in the third – but then those same analysts backpedaled on the pick.

It makes no sense for a player who had the pedigree coming out of college, and has been lying in wait.

Rudolph got the nod in 2019 when Roethlisberger went down to injury, and had his ups-and-downs. But compared with most backups in the league, they were mostly ups and not downs.

Most fans forget that Rudolph was handcuffed to running Fichtner’s same pass-first, vanilla offense. Worse, he was often subjected to running it without his top receiver (JuJu Smith-Schuster, who missed four games) or his top running back (James Conner, who missed six).

Add in the trauma of being concussed on-field in Week 5, and then playing close to the vest until a poorly scheduled and prepared for Thursday Night Football matchup with the Browns, where Rudolph threw four picks (losing Diontae Johnson in-game in addition to JuJu and Conner) and the rest is negligible for the naysayers.

Rudolph’s starts saw the Steelers score more than 20 points in each of those four games prior to his conclusion, and then a combined 53 points before a closely contested win over the Rams. (Where they scored 17.) He would also ball out against Cleveland in Week 17’s start last season, becoming the first quarterback not named Ben Roethlisberger to throw for over 300 yards since Tommy Maddox.

After signing an extension this offseason, Rudolph is the only Steelers quarterback currently under contract beyond 2020. All but an abysmal training camp can dethrone him as the team’s top option behind Big Ben – and perhaps his heir to the throne in coming years.

The former seventh-overall draft pick in the 2019 NFL Draft fell from grace quickly in Washington DC, as new head coach Ron Rivera wasn’t sold on him as the face of the franchise – one that didn’t have a good support system in place to help their young quarterback anyway.

Haskins was released after being benched in Week 15 and went unclaimed by any other team until the Steelers came knocking in early January.

Signing a futures contract that puts all of the onus on the player, the Steelers could come out with a steal – if Haskins pans out as a player both on, and off, of the field.

It’s a low risk, high reward scenario for both parties. Haskins will have to prove he belongs and can be trusted as a teammate: the latter of which led to his demise in Washington. If he can hang on, he will be the team’s third option for 2021.

Fan favorite and former fourth-round pick Joshua Dobbs returns on a one-year deal, to presumably be this year’s “camp arm”.

However, bringing Dobbs back is a bit more than that – and no, I don’t believe he’ll sniff competing for the primary backup position ever again. Instead, Dobbs brings tangible assets as a clipboard holder on the sidelines.

He’s a legitimate rocket scientist and has been the guy Roethlisberger sits with on the bench dissecting defenses on their Surface tablets between possessions. Dobbs also knows the offense and can raise the tide of those players he’ll be working with throughout camp.

He enters camps behind Haskins, but with the latter on a thin ice from the jump, Dobbs is an insurance policy should the Steelers move on from the former first round pick – giving them a player with experience who gels well with the rest of the roster.

Otherwise, if the league continues with expanded practice squads into the 2021 season, I would expect Dobbs to be an emergency quarterback of sorts that the Steelers can call upon if disaster should strike their other, higher priority options.