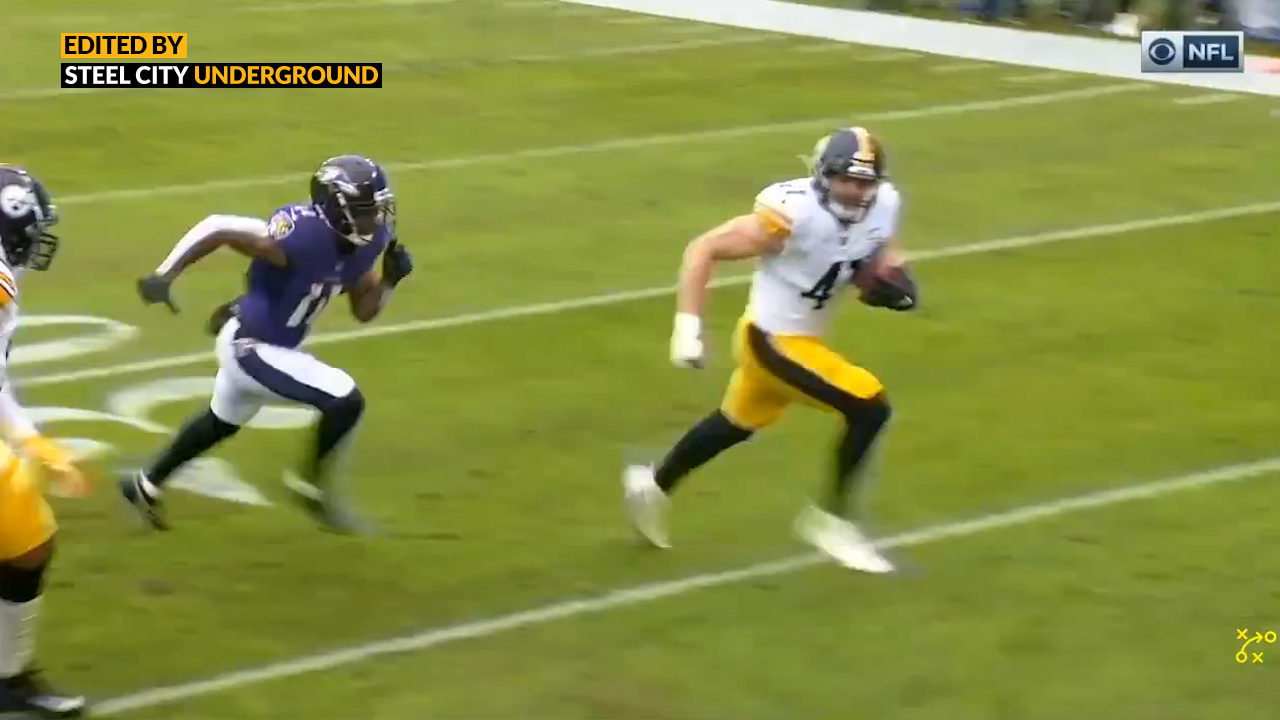 The delayed Week 8 divisional rivalry game between the Pittsburgh Steelers at the Baltimore Ravens was billed as a ‘game of the week’ situation: and it didn’t disappoint.

In a back-and-forth affair, the Steelers moved to 7-0 on the season with a six-point lead as the game clock wound down. It was how the game really got going, however, that illustrated that the team that led the turnover battle was likely to exit as the victor.

The Steelers deferred, allowing the Ravens to start the game on offense. In just the third play of the game, Baltimore’s first third-down situation against a tough Pittsburgh defense resulted in a highlight reel play for the Steelers. Quarterback Lamar Jackson set up in the shotgun position and scanned the field. Jackson took the snap and completely missed Steelers linebacker Robert Spillane in a ‘spy’ position.

As Jackson released the ball meant for wide receiver James Proche in the middle of the field, Spillane reached out and took it away. After grabbing the interception, Spillane never lost a step as he returned the turnover 33 yards for a touchdown.

Chris Boswell‘s successful PAT gave the Steelers a 7-0 lead with 14:06 left in the opening period.

Spillane, who became the starting inside linebacker with Vince Williams this season after Devin Bush was lost to injury, made some big plays during the game – but he’ll likely never forget his first career pick-six, especially since it came against Jackson (his first-ever pick-six) and the Ravens.