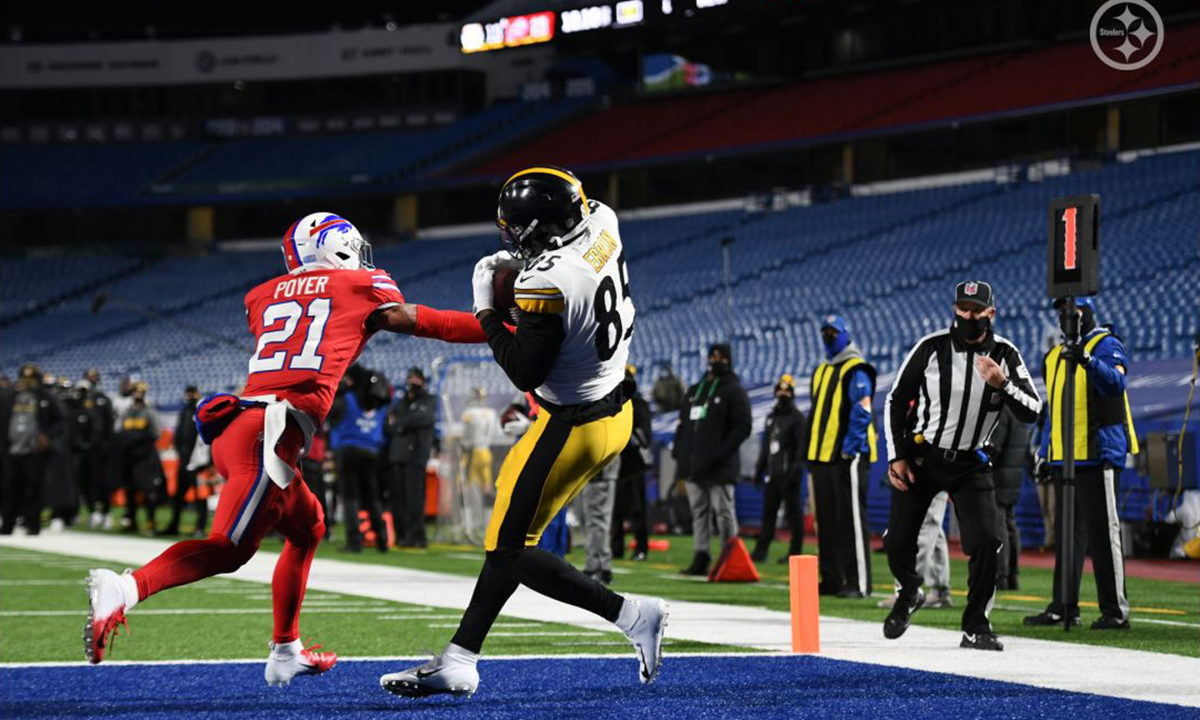 6 must-win games on the Steelers 2021 schedule

With the NFL schedule release fully in the rear-view and offseason workouts underway, I thought it would be a good idea to review what could be the top must-win games for the Pittsburgh Steelers 2021 season.

I’ve given this some thorough insight and without spoiling some of the now 17 games on the schedule, I’ll dive right into the details.

I’m greedy: I always want a win to start the season.

This one is a bit overdue, however, as I’m still seething from the Devlin Hodges games back in 2019. That game saw two teams, the Bills and Steelers, flexed into a Sunday Night Football primetime slot as neither squad was expected to be compete for a playoff spot that season.

Yet, everything was on the line, as Hodges threw four interceptions – and still had an opportunity to win the game. Josh Allen’s 139-yard passing performance was hardly a knockout as the Bills walked away with a 17-10 victory which ultimately spun the Steelers playoffs hopes into disarray, as Heinz Field was invaded by their unruly fans as well.

The Sunday Night Football rematch came in Week 14 last season, in Buffalo, as the Steelers dropped their first loss of the season to Washington.

After going 11-0, the Steelers would lose back-to-back games with a 26-15 struggle against the Bills following a five-day break to play Washington and another short, six-day break to travel to Buffalo.

A 51-yard pick-six gave the Bills a lead they’d never look back from.

In order to start 2021 off on the right foot, I believe the Steelers need to get some payback in a few games to teams that have done them wrong over the last few seasons. Handing the hyped-up Bills a loss in their building to begin the season would be a good way to set the tone for the rest of the year, with a win that could factor in later for conference postseason tiebreaking purposes.

I’m jumping over Week 2’s home opener against the Raiders, and just hoping that the stigma of losing to the Black and Silver doesn’t rub off anymore. It’s Week 3 that gets the ball rolling in the AFC North, as the Steelers face off against the Bengals.

By this time, we could see either franchise sitting at 1-1 or even 2-0, with some bragging rights on the line.

There’s been too much chatter around the media that the Steelers are “done for” by bringing Ben Roethlisberger back this season. With two games at home, and hopefully some confidence building from the previous weeks against the Bills and Raiders, I would hope to see the Steelers make an example out of the Bengals.

This is also a must-win in terms of division seeding: in a tight division with competitive teams, divisional odds for the Steelers have them currently third-best to take the North. In my opinion, the Steelers have to at least split all of their games across their AFC North opponents.

You have to jump all the way over to Halloween for the next AFC North divisional game, and what I consider the biggest must-win on the Steelers schedule.

Why is it the biggest?

First of all, redemption for the losses in Week 17 and the Wild Card game last year.

Secondly, the Steelers will enter this game following a bye week, headed to a hostile environment.

Browns fans and anyone else with a pulse who thinks the franchise is on an upward trend would be silenced by a convincing win – particularly by Ben Roethlisberger, who only recently had lost his mantle of being the quarterback with the most wins inside of First Energy Stadium!

In all honesty, this one is pretty big for the tale of how the division could play out. I feel the Steelers can’t give any ground to the Browns. Otherwise, it could hurt not only their record, but their overall psyche heading into the second half of their season.

As mentioned, the Steelers need to hit at least .500 in their division to have a shot at making the playoffs.

They can ill-afford a loss to the Ravens, especially at home.

Look for this game to be the classic you’re used to, as each of these teams may be jockeying for a division championship and postseason contention by early December.

The Titans are a mirror image of the Steelers, as a team who has flirted with success and shortcomings over the last decade.

The Titans figure to be a contender in their division, and like the Steelers, are always on the cusp of making or missing the playoffs.

For tiebreaking purposes in both head-to-head and AFC standings, this is a game that Pittsburgh cannot afford to lose as they head into a three-game stretch to finish the season against the Chiefs, Browns, and Ravens.

The be-all and end-all is that I feel the Steelers must sweep the Browns to ensure their postseason spot in 2021. I also believe they need to make a major statement and potentially send the Browns home after the regular season ends – unlike last year.

Regardless of what happens in their earlier encounter, this game is going to be off the charts – at Heinz Field with one week to go in the season. I’m willing to bet a lot will be on the line for either team, and it would be a travesty if the Steelers allowed the Browns to “posterize” them for another year.

What? No Week 18 mentioned?

However, if the Steelers control their own destiny, the final game of the year – at Baltimore – may be another situation where either team is sitting their stars to prepare for the playoffs.

Just as long as that game doesn’t end up another ugly affair, as it did on the road at “The Bank” in 2019 – with Devlin Hodges going 9-for25 and 95 passing yards in a 28-10 loss that saw the Steelers playoff hopes officially go up in smoke.