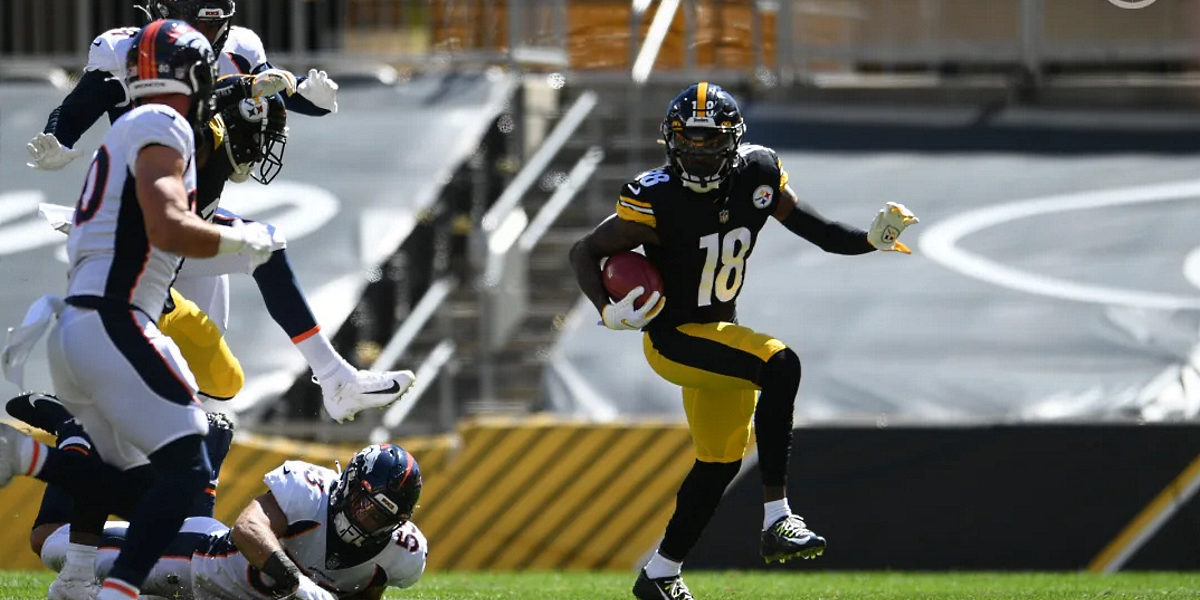 While Pittsburgh Steelers fans wait for training camp, this is the perfect time to do an early 2021 NFL regular-season preview for the team. Previously we took a look at the Steelers’ first four opponents;  Weeks 1 and 2, 3 and 4. In part three of our ongoing series, we’ll cover Weeks 5 and 6. In this preview, we’ll look at the Steelers’ opponents – the Denver Broncos and Seattle Seahawks – additions those teams made via the 2021 NFL Draft, and other key factors that could play a part in how the games may play out for the Steelers.

Last season, the Steelers hosted the Broncos in Week 2. This year, they’ll play host once again, hopefully with a full complement of fans in the stands at Heinz Field. The 2020 game was a relatively close affair. After earning a two-yard rushing touchdown from James Conner and an amazing 84-yard pass from Ben Roethlisberger to Chase Claypool, the Broncos were able to answer with two Brandon McManus field goals and a 20-yard touchdown pass from Jeff Driskel to Noah Fant. Pittsburgh then got a touchdown from Diontae Johnson on a pass before their defense earned a safety. With gas remaining in the tank, however, the Broncos were able to get within a touchdown when Driskel hit Melvin Gordon for a 16-yard touchdown. The Steelers were able to hold on for the win.

Injuries were the biggest issue for the Broncos last season, which gave first-year general manager George Paton a lot to consider when entering the 2021 NFL Draft. One day before the Draft, Denver acquired quarterback Teddy Bridgewater. With Phillip Linsay and Jurrell Casey departed during free agency, Denver re-signed Shelby Harris, Justin Simmons, Kareem Jackson and agreed to deals with Mike Boone, Kyle Fuller, and Ronald Darby. By all early appearances, Paton made choices during the Draft that should give head coach Vic Fangio tools to succeed. Here are the players the Broncos selected:

Some analysts were surprised that the Broncos didn’t grab a quarterback this year but it appears Denver’s concerns are centered more around depth on defense. Apparently, the Broncos front office still has faith that Drew Lock can compete for the starting quarterback position and put a better foot forward this year.

Early prediction: Steelers win in a close game due to defensive battles by both teams

Every time Pittsburgh and Seattle face each other, people start talking about a Super Bowl XL rematch. Folks, that was the cap of the 2005-06 season; it’s time to move on. The last time these two teams faced each other was Week 2 of the 2019-20 regular season. Mason Rudolph was required to enter the game after halftime with the Seahawks up, 10-7. Seattle dialed up Will Dissly for two touchdown receptions from Russell Wilson. Vance McDonald had two late-game touchdowns to keep the Steelers close before Wilson closed the door, 28-26. The Steelers missed a two-point conversion try that could have been the tie. This year, Pittsburgh plays host.

Seattle has been a part of the NFL Playoffs 14 times since 2003. They’re perennial contenders for the NFC West title. Last season, the Seahawks went 12-4 and won their division before losing to the Los Angeles Rams in the wildcard matchup. Having just three picks in the 2021 NFL Draft, Seattle was busy during the offseason. Ahkello Witherspoon signed a one-year contract with Tre Flowers entering the final season of his four-year deal; they re-signed Damarious Randall, who is expected to move to cornerback. Defensive end Kerry Hyder and guard Gabe Jackson join the team for 2021. Because they bolstered their defense in 2020 by selecting Darrell Taylor, Alton Robinson, and Jordyn Brooks, it wasn’t surprising that Seattle used two-of-three selections this year on offense. Here are the players they selected:

The biggest question for Seattle may be whether Wilson still has everything in the tank for another successful season. He’s certainly got the talent surrounding him as long as the offensive line holds up. The defense will need to improve in 2021 but it appears that’s already a major focus for Seattle.

Early prediction: This game will turn into a shoot-out; 50-50 chance for the Steelers to take a win.