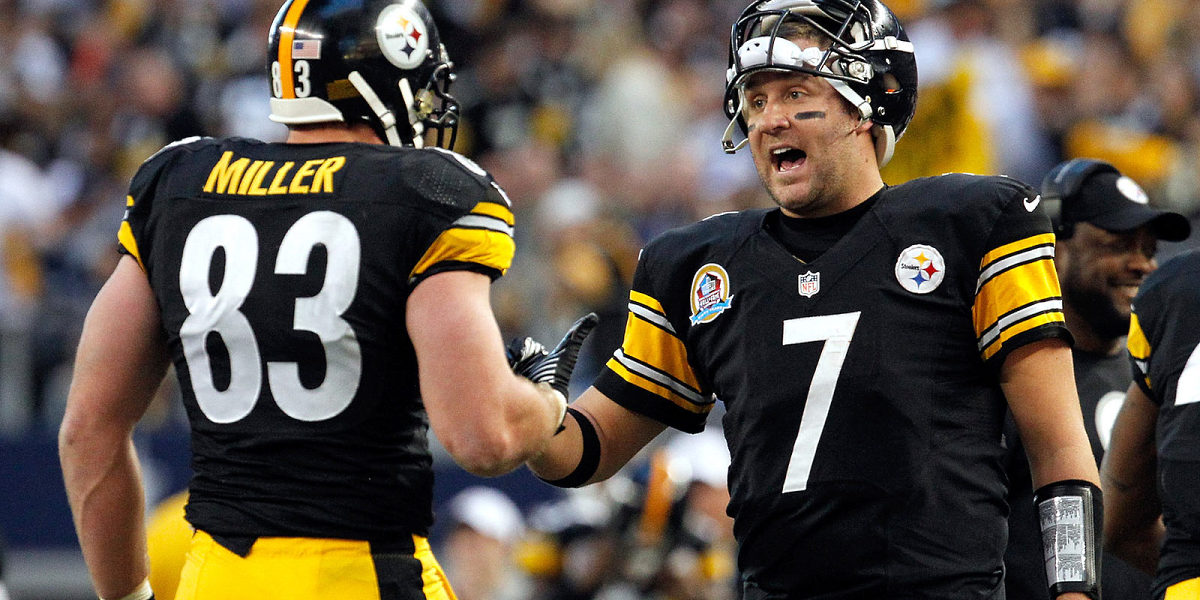 The Pittsburgh Steelers and Cleveland Browns are two of the oldest franchises in NFL history. The fact that they ended up in the same division over the years, and the close geographical proximity to each other, has been a source of contention in the rivalry. This week, we look back at the 2009-10 NFL regular season when the almost-mystical synergy between quarterback Ben Roethlisberger and tight end Heath Miller – a one-two duo that will long be remembered in NFL history – handed the Browns their twelfth loss in a row to their division rival Steelers.

Miller and Roethlisberger had worked together time and again to defeat the Browns in their time on the playing field together. Their ability to almost read each others’ minds worked well for the Steelers. On October 18, 2009, the duo played an integral part in earning their 12th consecutive victory against their oldest rival.

At the time of the meeting, Roethlisberger was ranked second in the league in passing. He’d thrown for 1,887 yards and ten touchdowns in six games. In the game, he completed 23-of-35 passes for 417 yards in his second career 400-yard game. By the end of the season, Roethlisberger had posted his first 4,000-yard (passing) season in the NFL (4,328).

Miller was on pace for what became the second-best receiving year in his career and his first Pro-Bowl nomination. Against the Browns, Miller caught his fourth touchdown pass in three games. He was also key in freeing running back Rashard Mendenhall to rush for 62 yards and the game’s final touchdown.

Although Pittsburgh was ahead in the game early, a controversial call may have kept things interesting. Despite out-gaining the Browns, a fourth-and-short quarterback sneak at the Cleveland 14 appeared to have failed, at least on television. Roethlisberger gave a hard count to attempt to draw the Browns offside before he pushed himself behind his blockers, head first, right into the middle of the pile. The Browns prematurely celebrated, running off the field, before referee Walt Anderson signaled a first down. The following touchdown pass to Hines Ward was ruled incomplete and the Steelers had to settle for a Jeff Reed field goal to go ahead, 17-7 at the half.

The Browns were able to get one more touchdown – only their fourth offensive score in 12 games – when Derek Anderson hit Lawrence Vickers on a one-yard pass early in the third quarter.

With Roethlisberger connecting with Miller five times for 80 yards – the longest play going for 20 yards – and Mewelde Moore and Willie Parker helping the run game, the Steelers’ offense was able to take advantage of the middle of the field and suck Cleveland’s defensive backfield in close. That provided room on the outside for Santonio Holmes, Ward, and Mike Wallace to put up 104, 159, and 50 yards receiving respectively. Miller and Ward were the only receivers to score for Pittsburgh.