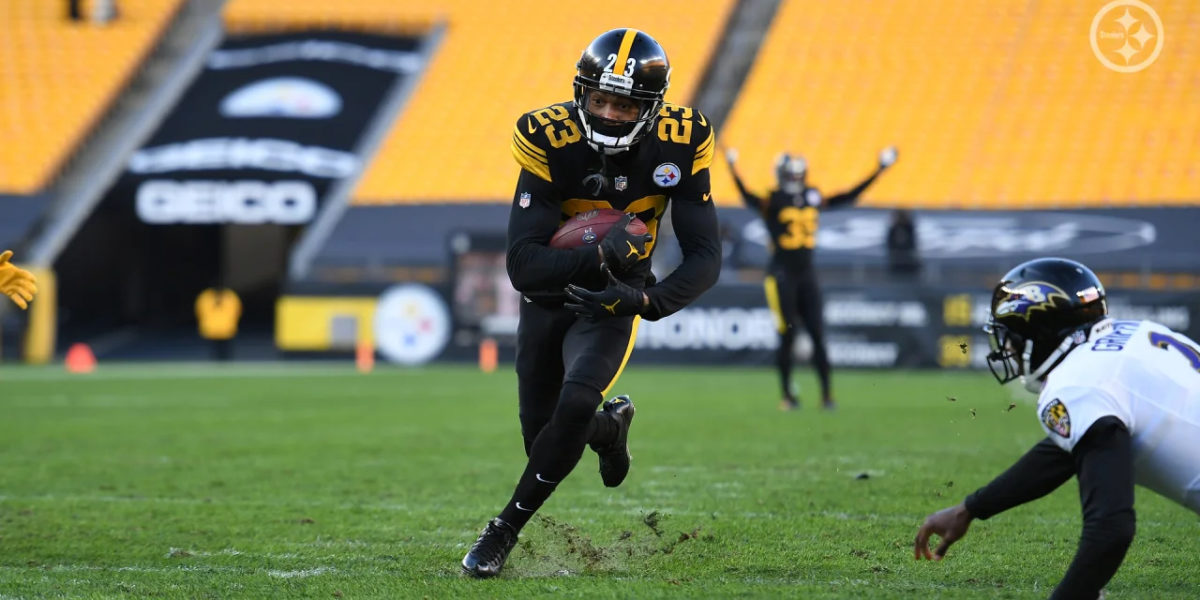 Training camp is edging closer and closer for the Pittsburgh Steelers. We’ve been taking an early look at the Steelers’ 2021 NFL regular season opponents on the schedule. In each preview, we’ve looked at additions those teams made via the 2021 NFL Draft and other key factors that could play a part in how the games this upcoming season may play out for Pittsburgh. Weeks 13 and 14 will feature the Steelers hosting the Baltimore Ravens in a key AFC North matchup and another battle against a retooled offense and defense when they travel to take on the Minnesota Vikings.

Pittsburgh was able to sweep Baltimore in the AFC North series last season, with their final meeting in December helping to seal the Steelers’ division crown. It was a relatively close game once the formerly postponed (due to COVID-19 protocols and scheduling issues) kicked off; the Steelers only scored one offensive touchdown during the entire meeting (Ben Roethlisberger to JuJu Smith-Schuster). Joe Haden put Pittsburgh on the board in the first quarter with a 14-yard interception return for a touchdown off of a Robert Griffin III pass. Lamar Jackson, who’d struggled all season due to opponents figuring out how to bottle him up as well as his propensity for fumbling, was sidelined while Trace McSorley entered the game late when Griffin was injured.

Jackson and the Ravens did get into the playoffs with a comeback win over the Tennessee Titans before they lost to the Buffalo Bills during the Divisional Round. Baltimore traded Orlando Brown, Jr. to the Kansas City Chiefs for three picks in the 2021 NFL Draft. Receiver Sammy Watkins was added to the roster while Yannick Ngakoue and Matthew Judon left for the Las Vegas Raiders and New England Patriots, respectively. Jihad Ward then signed with the Jacksonville Jaguars. With defense a priority, many were surprised by Baltimore’s moves early in the Draft. Here are the Ravens’ picks:

Bateman has great size and could be a monster in the NFL but it remains to be seen how far the Ravens are ready to get from allowing Jackson to run all over the field and actually target receivers this season. Bateman has good route skills, so he could be utilized as an outlet on plays that get broken while Marquise Brown plays in a typical receiving role.

Oweh didn’t have outstanding collegiate numbers but his ceiling is high if Baltimore can get him trained for NFL-level production. The addition of Wade, who initially opted out of 2020 and returned to play for the Buckeyes, looks like the Ravens may have plans to utilize him in the slot instead of as an outside corner.

Early prediction: This will be a physical game between two rivals who are always seeking a shot at the division title. It’s too early to call a winner here.

The last time these two teams met was on September 17, 2017. Pittsburgh won the game handily thanks, in large part, to the reliable leg of Chris Boswell. The Steelers got on the board first thanks to a 27-yard touchdown pass from Roethlisberger to Martavis Bryant. In the second quarter, Roethlisberger found Smith-Schuster open for a four-yard touchdown reception. Boswell, who was perfect on the day, kicked four field goals for 46, 29, 37, and 43 yards, respectively, to outscore the Vikings.

Last season, the Vikings finished third in the NFC North with a record of 7-9-0. With talents like Dalvin Cook, Adam Thielen, Kyle Rudolph, Justin Jefferson, Eric Wilson, and Eric Kendricks, it looked like Minnesota might do better at the beginning of the season than their final win-loss record displayed. Head coach Mike Zimmer claimed the defense was the worst he’d ever had as a coach. During free agency, the Vikings brought in defensive tackle Dalvin Tomlinson, cornerbacks Mackensie Alexander and Patrick Peterson, and added Xavier Woods at safety. Danielle Hunter missed the entire season due to a neck injury and it is, as of yet, unknown whether he’ll return at full strength. Here are the selections the Vikings made in the 2021 NFL Draft to bolster their roster:

Kirk Cousins should enjoy the speed of Smith-Marsette and Kene Nwangu. Having seen both of these players in action, live, the Vikings found two guys from the midwest that should fit very well into their system on offense. The Vikings bolstered their offensive line and added talent to their defense that could pay off very well if things translate early, especially if they’re able to get Twyman and Surratt up to speed right away in camp.

Early prediction: On paper, the Vikings look like a tougher opponent this season. Regardless, the Steelers still appear to have more things clicking and will look to sweep the NFC North teams, including Minnesota, in 2021.