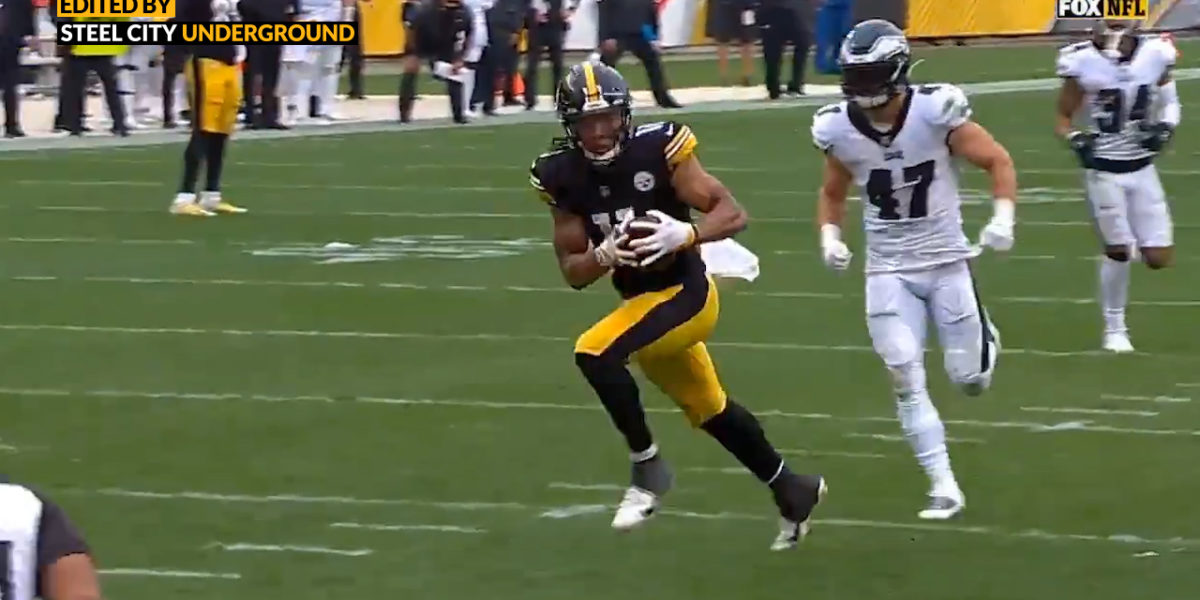 Plays of the Year: Chase Claypool scores his fourth touchdown in the same game

The Steelers 38-29 win in the Week 5 “Battle of Pennsylvania” against the Eagles was another casual Sunday rollercoaster ride for Steelers fans.

As the game came down to the wire, it took another sighting of vintage Big Ben in the clutch on the final drive to put the game out of reach.

Here is when the fourth connection between 7-11 ended the contest.

After the Eagles missed a potential go-ahead field goal, the Steelers took over and slowly but surely, drove down the field to extend the lead late in the fourth quarter. After a close call with a dropped pass by Eric Ebron, the Steelers set up for the kill shot.

On 3rd-and-8 on the opponents 35-yard line, the Steelers lined up in a 5-wide set. Chase Claypool, who has been destroying the Eagles defense all game long, is lined up in the slot against the linebacker Nathan Gerry.

This would prove to be the fatal mismatch the Steelers were looking for.

Ben snaps the ball and Chase gives a slight double move to the defender, causing him to trip over his own feet. Claypool then turns on the jets and Ben floats it over the defender’s heads and Chase runs it in for the game-sealing touchdown.

Claypool finished the day with 7 catches for 110 yards and 4 touchdowns. (And had another taken away by the referees!)