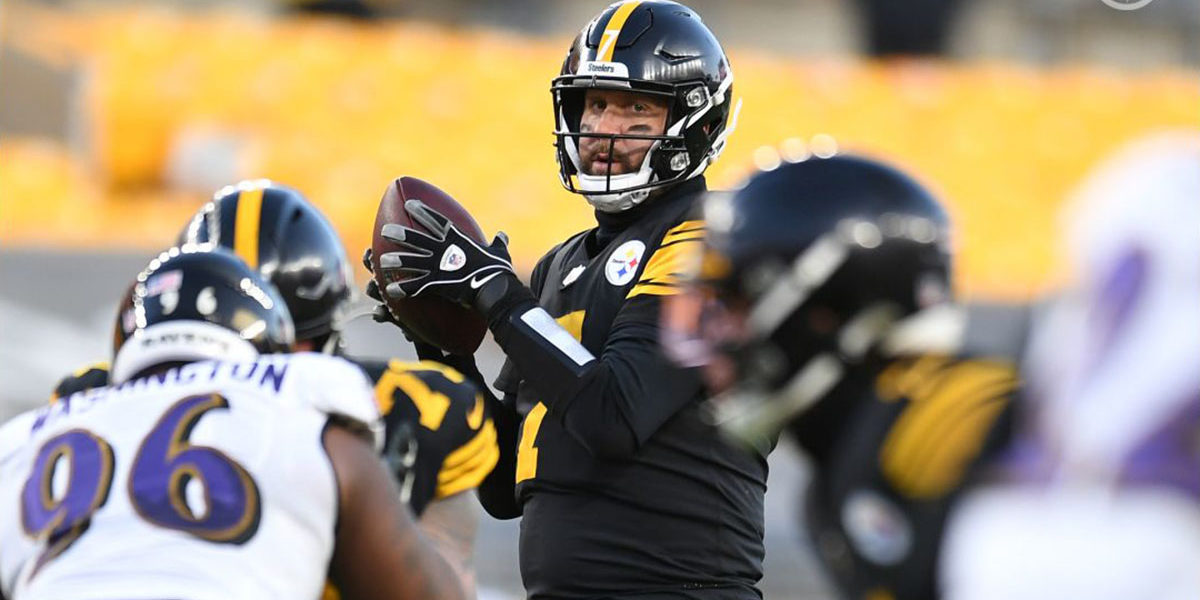 One of the most highly anticipated games of the season became a dwindling dud when the Week 12 rematch between the Pittsburgh Steelers and Baltimore Ravens, scheduled to be played on Thanksgiving evening on Thursday, November 26th and would be postponed due to a number of positive COVID tests until Wednesday, December 2nd.

The constant moves not only weakened the hyped division matchup with the 10-0 Steelers, but also screwed with their schedule and preparation for the game.

For starters, the, ahem, starters, got some rest the previous game at Jacksonville, with the Steelers easily handing the Jaguars a loss, Pittsburgh was able to start looking ahead to the short week and Thursday Night Football game – which would then be followed by a “mini bye” before facing the Washington Football Team ten days later.

Instead, the Steelers received five days of rest before playing the Football Team – a game which culminated in their first loss of the season.

While the Steelers would host the Ravens, the schedule switch also meant there would be no fans in attendance at Heinz Field, as a statewide mandate to help crackdown on the virus went into effect shortly after the originally scheduled Turkey Day date. (Which would’ve permitted fans to attend.)

Another drawback is that fans watching at home had difficulty seeing the full game in its entirety, as it was played at 3:40 PM in the afternoon! (Talk about a departure from the norm…)

Furthermore, the competitive balance of this game was fairly poor due to both sides missing starters.

The Ravens were without QB Lamar Jackson, RB Mark Ingram and J.K. Dobbins, TE Mark Andrews, and some offensive linemen (including going to their third starting center of the season). Baltimore was down some defenders such as Calais Campbell and Matt Judon as well.

The Steelers were missing C Maurkice Pouncey and RB James Conner, while their biggest loss would occur in-game with Bud Dupree suffering an injury that would see him sidelined for the remainder of the season.

With Robert Griffin III starting at quarterback for the Ravens, and Trace McSorley finishing, the Ravens offense was ugly to start – paired with a Steelers offense that wasn’t doing much better – as both teams looked like they hadn’t played football all season.

RG3 started the scoring by throwing a pick-six to Steelers CB Joe Haden, but K Chris Boswell would miss the extra point.

The Ravens would get shutdown on their next drive, but a Ray-Ray McCloud fumble off of a Sam Koch 56-yard punt would set Baltimore up with a touchdown drive of four plays and 16 yards to go up 7-6.

The Steelers would respond with 12-play, 73-yard drive that stalled at the Ravens 7-yard line, and saw Boswell make a short attempt to go up 9-7. Following another Ravens three-and-out, Boswell would cap off another short field goal after a promising 13-play Steelers drive once again ended short of the endzone too. The score now, 12-7.

Pittsburgh held strong at the end of the half, with the Ravens attempting to score again quickly. RG3 would pickup 39 yards on a busted third down play, and the Ravens were within striking distance – literally at the Steelers 1-yard line as the clock expired on their opportunity.

Neither team would score in the third quarter, as the game remained 12-7 with displays of poor offense on both sides. The Steelers would gain five first downs, but the Ravens would only get two…

As the fourth quarter opened, Pittsburgh entered the redzone and finally put some points on the board again, with Ben Roethlisberger finding JuJu Smith-Schuster on a one-yard pass. Mike Tomlin opted for the extra point try and the Steelers would add to their lead, up 19-7.

RG3 would play one more series before leaving, with neither team truly getting much accomplished on offense – though the Steelers would chew about four minutes off of the clock with a pass-heavy possession next.

McSorley would enter the game, and struggle next, as Baltimore saw the clock wind down some more before punting. However, the Steelers went three-and-out themselves, giving the Ravens the ball back on their own 16-yard line with around three-and-a-half minutes to go in the game.

That’s all the Ravens needed, as McSorley would connect with Marquise Brown for an improbable 7-yard touchdown that saw the Ravens narrow the gap to 19-14.

Big Ben would make sure the next possession would be the final one of the game, as the Steelers killed the remaining 2:53 left to ensure their eleventh-straight victory of the season, keeping their unbeaten streak intact as well their position at the top of the AFC standings.