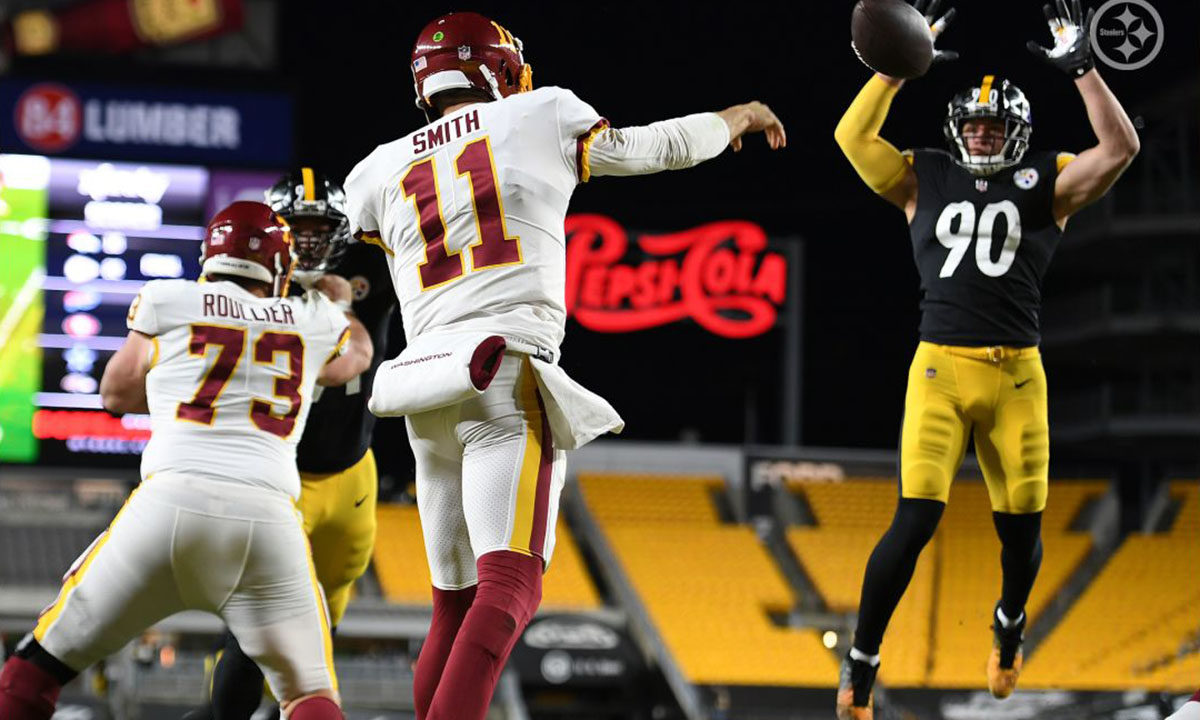 What a raw deal this game ended up being.

Those five days of rest didn’t help heal any players who were injured or bring back those who were on the COVID-19 list either.

Instead, the Steelers would play without C Maurkice Pouncey for a second-straight game, while also losing LB Bud Dupree for the entire season against Baltimore. CB Steven Nelson was also inactive for this contest. K Chris Boswell would also sit out.

The Steelers offense started out fine, with Ben Roethlisberger throwing two touchdown passes in the second quarter: a short lob to Diontae Johnson and a 50-yard connection with James Washington.

The Steelers should’ve entered halftime with a 14-0 lead, but instead saw the referees butcher their administrative duties with 24 seconds remaining.

Washington QB Alex Smith would hold onto a football with a running clock and his team out of timeouts – yet somehow, the Football Team was permitted to attempt a 49-yard field goal attempt that saw Dustin Hopkins convert.

The 14-3 score stood entering the third quarter, where Washington at nearly 7 minutes of playing time over 14 plays, which finished in a touchdown and closing the Steelers lead to 14-10.

Pittsburgh answered with a field goal, their final points of the game, as the Football team scored three times in the fourth quarter to end the Steelers unbeaten streak: the final score, Washington 23, Pittsburgh 17.