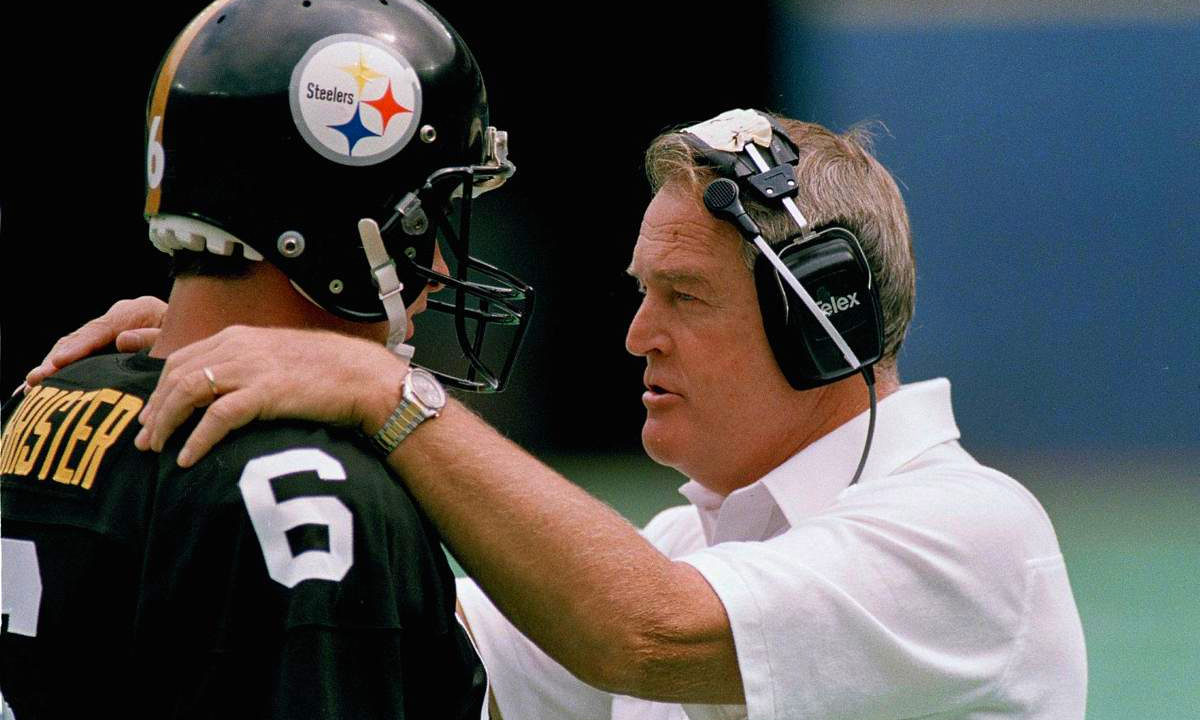 Typically, we like to look at historic moments the Pittsburgh Steelers franchise found success in, or at players who did something memorable. This week, we’re switching things up a bit. We often hear from other teams’ fans that Steelers fans pretend like their favorite team has never had less-than-perfect moments. While it isn’t always easy to admit, there were many years that Steelers Nation endured poor play from the black and gold. And, to illustrate we’re not above discussing the bad with the good, we jump back in time to one of the worst losses the Steelers suffered in team history.

In the late afternoon of September 10, 1989 at Three Rivers Stadium, the Pittsburgh Steelers played host to the Cleveland Browns. It was a humid 73 degrees Fahrenheit, with the wind at a relatively low nine miles per hour; a fine autumn day. Fans were excited for the season opener. The two starting quarterbacks were Bubby Brister (Steelers) and Bernie Kosar (Browns), with Chuck Noll and Bud Carson running their teams’ sidelines as head coaches. Although neither quarterback was able to get a pass into the end zone for a touchdown, Brister had a meltdown and turnovers by the Steelers offense practically gift-wrapped a 51-0 loss and put a bow on it for the Browns.

Cleveland outperformed in nearly every category that mattered that day. The Browns gained 19 first downs to the Steelers’ five, they rushed 44 times for 152 yards and three touchdowns (Tim Manoa with two, while Mike Oliphant grabbed the final rushing score) to the 17 rushes Pittsburgh managed for 36 total yards. Brister, who was sacked six times for a loss of 67 yards, completed just ten passes for 84 yards and three interceptions for a net passing yards total of 17. The Steelers fumbled the ball six times and recovered just one of the loose balls. While the Browns controlled the ball for just over 40 minutes, the Steelers did so for just over 19. It was an abysmal outing for a Steelers team that would finish 9-7-0 on the season and actually make it into the Wild Card Round of the playoffs, beating the Houston Oilers by a score of 10-7 in overtime, to move to the Divisional Round, where they lost 8-10 to the Denver Broncos.

Although the Steelers had Keith Willis, Gerald Williams, Tim Johnson, Bryan Hinkle, David Little, Hardy Nickerson, Greg Lloyd, Dwayne Woodruff, Rod Woodson, Carnell Lake, and Thomas Everett as their defensive starters, only Lloyd recorded a sack for the Steelers that day. When Kosar didn’t hand the ball off, he was accurate on the small amount of throws he tossed, hitting Webster Slaughter for the longest pass-play in the game for 51 yards and giving Brian Brennan a shot at 52 yards on just two catches.

Offensively, Pittsburgh’s leading rusher was Tim Worley with just 36 yards on ten attempts with Merril Hoge gaining just five yards on four attempts. Louis Lipps was the only other player on the Steelers’ roster to gain positive yardage rushing.

The game is one of the most lopsided losses by a single team in NFL history and was one that doesn’t sit pretty in the annals of the Pittsburgh Steelers franchise. It would go down as the most lopsided games in the longstanding rivalry between the Browns and Steelers. Thankfully, Pittsburgh was able to get a few things turned around that season, including a later win over Cleveland, despite doing poorly against their own division, finishing third in that category.