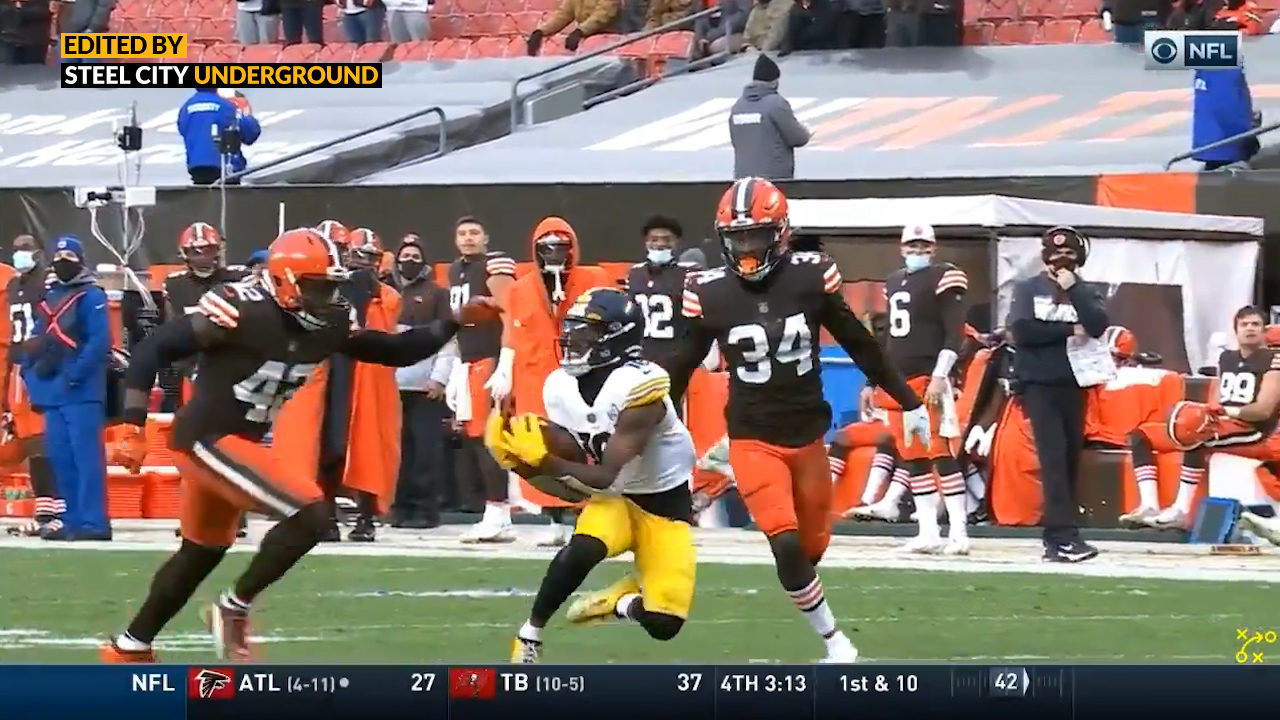 Chase Claypool got the glory for his incredible fourth-down touchdown catch earlier in Week 17’s matchup between the Pittsburgh Steelers and Cleveland Browns. However, Diontae Johnson had a number of crucial catches which flew under the radar in light of the other big plays.

None may have been bigger than this reception, which nearly got the Steelers to tie a game they weren’t really trying to win.

With a slew of starters out resting for the playoffs, the team turned to third-year quarterback Mason Rudolph as their starter for the 2020 regular season finale. The Steelers offense hadn’t been bad all game, but they had their shortcomings as well.

Rudolph entered the game in his first real action since the 2019 season, where his last trip to Cleveland resulted in a four-interception game and a fight with Browns DE Myle Garrett which saw plays fined and suspended.

Diontae Johnson’s own run of bad luck with dropped passes was well documented through the season as well. But following this hookup with his backup QB, the receiver went on record stating “I felt like myself again”.

With a 1st-and 15 from the Steelers 43 following a Kevin Dotson false start penalty, Rudolph set back to pass and uncorks a beautiful ball that splits two Browns defenders where Johnson makes this sliding catch attempt.

The 47-yard play scooted the Steelers up to the Cleveland ten-yard line, where three plays later, Rudolph would toss his second touchdown pass on the day to get the Steelers to within two points.

However, a two-point attempt would fail and the Steelers would not get the ball back, falling by a final score of 24-22 and finishing 12-4 on the season.