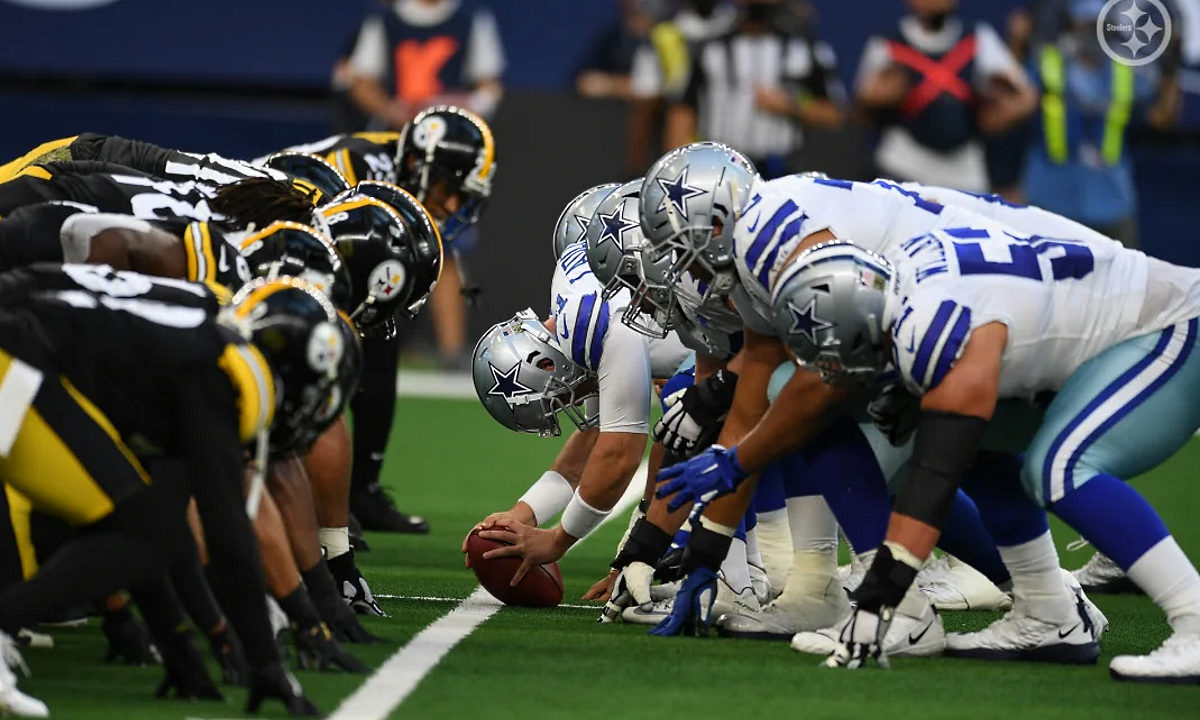 The 2021 football season kicks off this Thursday night with the Pro Football Hall of Fame game between the Pittsburgh Steelers and the Dallas Cowboys, but while the new season is certainly exciting, the game itself will mostly feature players on the roster bubble, fighting for a spot on the 53-man roster or even the practice squad.

With that said, fans should still keep their eye out for several players who could see playing time against the Cowboys and hopefully earn a greater opportunity to showcase themselves in Pittsburgh’s upcoming preseason games.

While first-round pick, Najee Harris, and second-round pick, Pat Freiermuth, probably will not see the field on Thursday, the rest of the Steelers’ rookie class absolutely could.

Arguably the most exciting player to watch in the game, if he does in fact play, is rookie center Kendrick Green. Steelers fans have high expectations for the Illinois prospect and he should get his first televised NFL action in this game.

Fellow rookie offensive lineman, Dan Moore, Jr., should also suit up against the Cowboys and, like Green, he will need to perform at a reasonable level if he wants to earn more trust, and more playing time, from the Steelers’ coaching staff. Unlike Green, who has a clearer path to starting in 2021, Moore will most likely compete for a backup tackle position on the roster, which, as of now, has a serious lack of depth at the position.

Fourth-round pick, Buddy Johnson, will likely see some playing time at linebacker and hopefully earn more playing time for the rest of the preseason to compete with Robert Spillane, Ulysees Gilbert, and company for snaps in the regular season.

Another interesting rookie to watch is seventh-round pick, Pressley Harvin III, who will compete with Jordan Berry throughout the preseason for the Steelers’ starting punter job.

Edge-rusher Quincy Roche, defensive tackle Isaiahh Loudermilk, and cornerback Tre Norwood should also see a fair amount of playing time but while they are intriguing players, they will likely be long-term prospects for the Steelers and not immediate contributors in 2021.

No spot on the Steelers’ roster has more competition and intrigue in 2021 than the nickel corner spot left open by the departure of Mike Hilton. The preseason will determine whether or not the Steelers need to sign someone or make a trade to shore up that position.

Antoine Brooks, a 6th-round pick from the 2020 draft class, is an interesting player to watch in the Hall of Fame game, if he plays, as the Steelers have worked him out at nickel in training camp and he certainly has a shot to win the job should he have a strong preseason.

Another player to keep an eye on is undrafted free agent, Shakur Brown, who should compete for playing time as well.

I am not sure if 2020 undrafted free agent and camp phenom, James Pierre, or third-year cornerback, Justin Layne, will play in the Hall of Fame game but the Steelers have a glaring lack of depth at the position and they need Layne and Pierre to have a strong preseason to have confidence in their cornerback room going into the 2021 regular season.

Mason Rudolph should go into the season cemented as the backup quarterback on the depth chart, but Dwayne Haskins and Josh Dobbs will compete for the third quarterback spot and both should get considerable playing time against the Cowboys.

Dobbs is a journeyman for the Steelers, but fans have yet to see Haskins play in a Steelers uniform and his debut on Thursday should draw some anticipation and excitement.