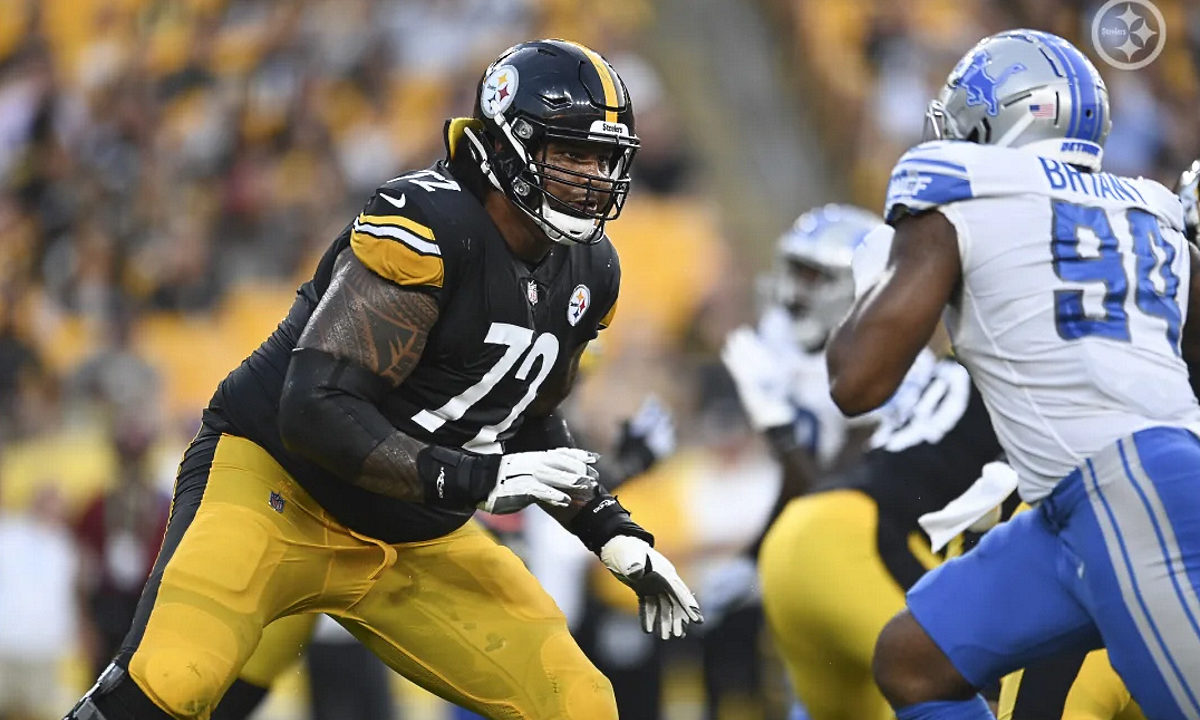 3Rivers’ Takeaways from Steelers’ preseason win over the Lions

Christina Rivers (3Rivers_Writer on Twitter) offers her Pittsburgh Steelers post-game takeaways, both positive and negative, as Steel City Underground extends its coverage of the Steelers’ on-field performances throughout the 2021-22 NFL preseason and regular season.

Before training camp even fully kicked off, I predicted that the Pittsburgh Steelers would sweep the NFC North during the regular season. The fact that Pittsburgh handled Detroit, 26-20, during their Saturday night preseason matchup doesn’t factor into that prediction, however. After all, preseason is an evaluation period for all 32 NFL teams involved and mainly features players vying for a permanent roster spot or practice squad placement.

3Rivers' Takeaways: Every week, I pick a few #Steelers plays & players that impressed or depressed. Re: the Lions game, @_BigBen7 looks strong, healthy, and like his arm is giving him zero hesitation in competition. He's going to ball-out this season. OLBs are exciting 2 watch.

He may have only played two full offensive series (due to the very first being shut down early due to a holding penalty by Chukwuma Okorafor), but veteran quarterback Ben Roethlisberger looked fresh, feisty, and fully capable of having an outstanding season this year. His arm strength shouldn’t even remain in question. Roethlisberger’s play was smart and efficient. He was able to hit Najee Harris in-stride out of the backfield as well as step up in the pocket to fire a beautiful pass to rookie tight end Pat Freiermuth in the end zone, twice. Roethlisberger also had an excellent deep pass over defenders that was perfectly placed for receiver Diontae Johnson. In no way did ‘Big Ben’ look “washed-up”, so opponents should be on notice that he’s in excellent form.

There will probably remain a debate among Steelers fans regarding who is the better outside linebacker, between Alex Highsmith and Melvin Ingram, opposite T.J. Watt throughout the season. Ingram did look good against the Lions, that’s not in dispute. The fact that Highsmith has been playing like he has something to prove, however, shows that he’s fully engaged in keeping his spot. And, in my opinion, it’s his spot to lose as Keith Butler and the defensive coaching staff for the Steelers could easily insert Ingram into different defensive packages should they choose to do so. Regardless, the outside linebackers will be a fun group to watch because this season because of the disruptive efforts they’ve displayed during the preseason.

Depth at the cornerback positions is still a little concerning at this point for the Steelers. Arthur Maulet was injured in the game after he’d made a nice special teams play. Antoine Brooks isn’t healthy. Shakur Brown did not have a good night. With Joe Haden and Cameron Sutton looking like locks as the regular season starters, there’s still going to be a battle as to who the Steelers will utilize as their ‘slot corner’ if Sutton is on the outside. Mark Gilbert, Justin Layne, James Pierre, and Lafayette Pitts are all battling for a spot on the final 53 but no one has really stood out enough, in my opinion, to be given that ‘starter’ tag. I expect the coaching staff to ask for more effort and sharpness in execution this week.

The interior linebacker corps has had its own ups & downs. I like that Pittsburgh brought Joe Schobert in because this is a young positional group that could use some veteran tuning. The group continues to have moments where they haven’t been fully engaged when dropped into coverage and could beef up their run defense more, too. Devin Bush‘s addition should boost this group but even Schobert and fellow veteran Miles Killebrew appear that they could benefit from another preseason game.

Fans have been waiting to see how exciting former Pitt Panther tight end Pat Freiermuth could be. If they’re not making comparisons to Heath Miller, they soon will be. Freiermuth showed that he is a tall, athletic player who isn’t afraid to get up in the air to retrieve a pass and complete it against the Lions. In fact, he may just become a top target for Roethlisberger this season.

The depth at wide receiver continues to show just how well the Steelers franchise is able to evaluate, recognize, and utilize talent at that position. The preseason has given fans an opportunity to see a lot of different looks from a lot of different players. This may be one of the most exciting receiver groups Pittsburgh has fielded during the preseason in a long time. Even Cody White and Mathew Sexton, considered longshots to make the final roster, have shown extra effort on the field and this group continues to get better.

Finally, the offensive line did a good job against the Lions. Several players showed their ability to get to the second level on blocking, including Dan Moore, Jr., who gave up zero pressures. For a young group that has been asked to play with different looks and personnel, they appear to be working through errors and learning from them in order to improve week-in and week-out. The Steelers’ quarterbacks and running backs have to be thankful that they’re getting protection and blocking out front that isn’t leaving them completely vulnerable, although there have been a few breakdowns here and there.

Overall, the Steelers looked more competitive than many people have given them credit for. They still have one final exhibition game to get through against the Carolina Panthers before several positions will be able to list definitive “starters” but the coaching staff appears to be utilizing the extra time to truly test this Pittsburgh squad to its fullest before roster cut-downs. Again, preseason games are an evaluation and the win over the Lions showed the growth as well as the areas that still need to be strengthened before the regular season kicks off.