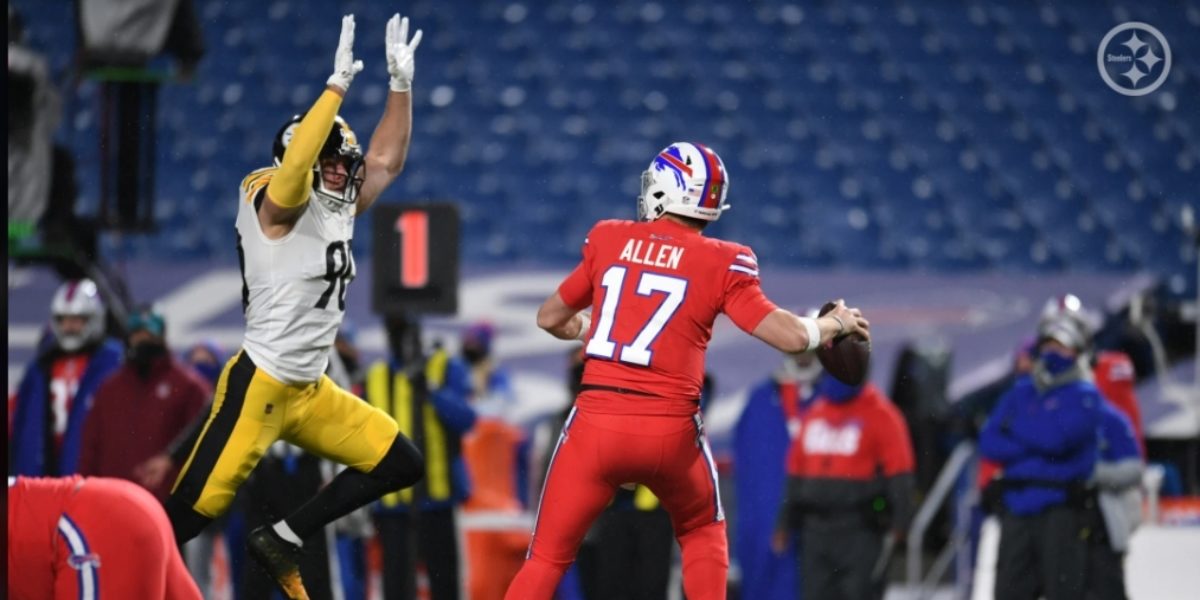 Steelers Scouting Report: What to Expect From the Buffalo Bills

After what seemed like an eternity-long offseason, Week One of the 2021-22 NFL season has finally arrived! As we all witnessed, the Pittsburgh Steelers got off to a hot start in 2020, unfortunately following apart in the end capped off with an early playoff exit to the Cleveland Browns. The good thing is, everyone starts with a clean slate at the beginning of each season. The 2021 Pittsburgh Steelers will get an early test to see how competitive they can be this season. They start off the season on the road against a top level playoff contender in the Buffalo Bills. With that being said, let’s take a closer look at the Steelers’ Week One opponent.

Although some teams have already been hit with crucial injuries, the Bills are not one that has suffered a ton. Their biggest injury to note involves defensive tackle Star Lotulelei who has been officially ruled out due to a calf injury. Defensive end Bryan Cox was placed on the Injured Reserve list with an Achilles injury back in July.

On the offensive side of the ball, former Steelers wide receiver Emmanuel Sanders is listed as questionable with a foot injury and was a limited participant in Friday’s practice. Fellow receiver Marquez Stevenson will miss Sunday’s game as he was placed on the IR with a head injury.

While the Bills are a great team all around, their success will revolve around the strong arm of their young rising star quarterback Josh Allen. Allen truly placed himself in the top tier quarterback conversation last season as he finished fifth in the NFL in passing with 4,544 yards for 37 touchdowns and ten interceptions. A lot of that success can be credited to his go-t0 target, Stefon Diggs, who had 127 catches for a league-leading 1,535 yards along with eight touchdowns. Diggs will be joined in the passing attack by arguably one of the best slot receivers in the league in Cole Beasley along with Emmanuel Sanders, Gabriel Davis, and tight end Dawson Knox.

Allen will be facing a Steelers defense that led the league in takeaways last season but comes into the season with some question marks in the secondary. They still have the best safety in the NFL in Minkah Fitzpatrick along with his running mate Terrell Edmunds but will need some help from the outside. With Steven Nelson gone, Joe Haden and Cameron Sutton look to be the guys on the outside but the nickel spot and rotation remain to be seen.

As good as the Bills’ passing game is, they will be hoping for some better support from the run game. Starting running back Devin Singletary was their lead rusher last year with only 687 yards and two touchdowns on the season. While he is listed as the starter, Zack Moss will get a ton of carries as well and we could see Matt Breida get involved.

This is a matchup that I see the Steelers easily winning as their front seven is scary. Of course they have the highest paid defensive player in the league in T.J. Watt off the edge with Alex Highsmith on the opposite side and Melvin Ingram III rotating in. They are joined by a three-headed beast on the line in Cameron Heyward, Stephon Tuitt, and Tyson Alualu with Devin Bush and the newly acquired Joe Schobert behind them at linebacker.

Although I think they are slightly more exciting on the offensive side of the ball, Buffalo has remained towards the top half of the league in defense over the past few years. Last year, they finished 14th in total defense allowing 352.5 yards per game and 23.4 points per game.

The strength of their defense is in the secondary. Buffalo finished 13th in the league against the pass last season, allowing 232.9 yards per game. They have two top ten caliber players at their respective positions in cornerback Tre’Davious White and safety Jordan Poyer. White will be joined at corner by Levi Wallace on the outside with Taron Johnson playing the nickel. Poyer is half of one of the best safety duos in the league along with Micah Hyde.

This should be a very fun matchup to watch as they will be facing a Steelers offense that was very pass-heavy last season. Quarterback Ben Roethlisberger returns for what could be his final season along with his top five guys in receivers Juju Smith-Schuster, Chase Claypool, Diontae Johnson, James Washington, and tight end Eric Ebron. To add to the fun, they added a very talented rookie tight end in Pat Freiermuth.

Against the run, the Bills performed slightly worse last season. They finished 17th in rushing defense, allowing 119.6 rushing yards per game. Their defense is led by middle linebacker Tremaine Edmunds who finished second on the team with 119 tackles last season. He will be joined at linebacker by Matt Milano with A.J. Klein rotating in. In front of them, they have a stout defensive line with Ed Oliver at defensive tackle along with Harrison Phillips filling in for the injured Lotelelei. At the defensive end spots, the Bills have a solid rotation with Jerry Hughes and Mario Addison listed as starters along with A.J. Epenesa and first round pick Gregory Rousseau as the primary backups.

Luckily for this front seven, the run game is a big area of concern for the Steelers. While they added improvement at the running back spot with first round pick Najee Harris, they have some huge question marks on the offensive line. They will have two rookie starters in center Kendrick Green and tackle Dan Moore Jr. along with newly acquired guard Trai Turner. Their two most experience linemen in their system are guard Kevin Dotson and tackle Chukwuma Okorafor who both are still young with more to prove.

This is going to be a huge early test for a Steelers team that a lot of analysts have been very low on this offseason. However, I still believe that they match up well with this Buffalo team,  making this a very winnable game. Josh Allen will make his plays in the passing game but I think Watt gets to him at least a couple times. I think the big difference in this one will be who runs the ball better. Buffalo has the better offensive line on paper but I don’t think this Pittsburgh offensive line is as bad as people think. As far as running backs go, give me Harris over any of the guys Buffalo has all day. I see Najee having a huge professional debut and being the key to this win. This will be a very hard fought, back and forth game down to the wire but I’ve got the Steelers with the “upset” 31-28.