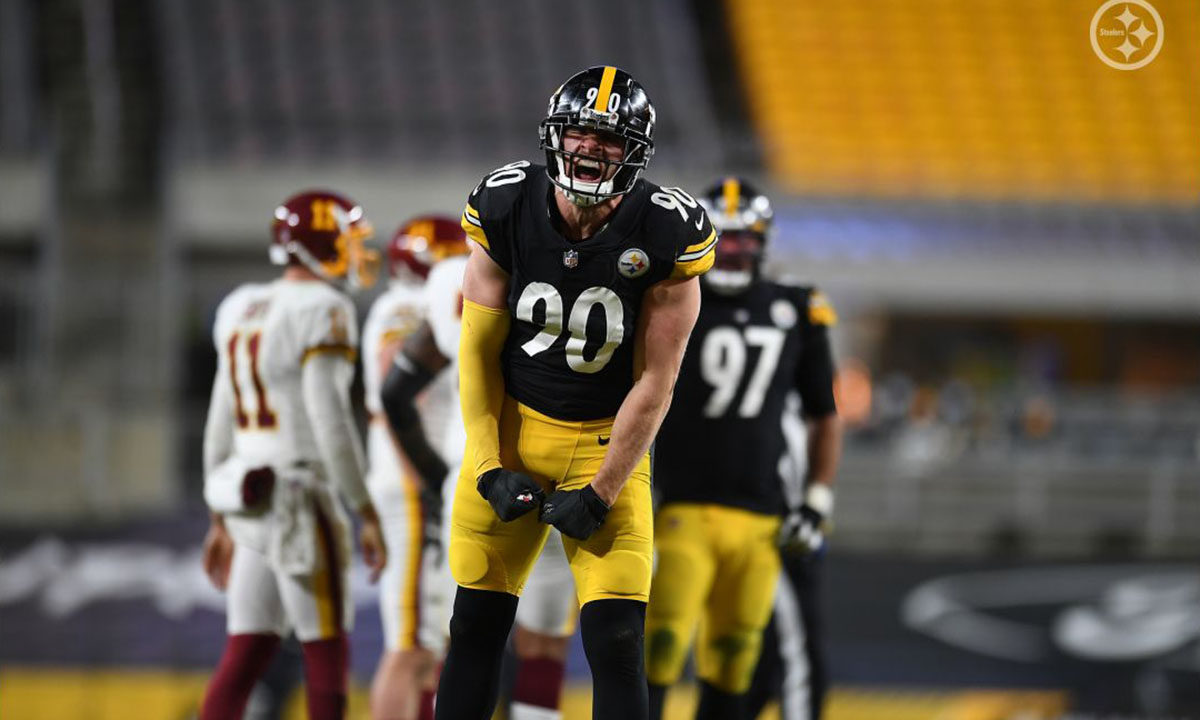 The best bets for buying a Steelers jersey this season

Another season is another reason for football fans to start adding more jerseys to the collection in their closet.

As it stands, most jersey buyers are aware of making a “safe bet” with their hard-earned money, looking to purchase a uniform that will give them the most bang for their buck. That could mean sticking with a Steelers legend, however, my yearly look at this topic focuses on the here and now: which current players are some of the best bets to buy?

My rationale comes from a few areas: who is under contract, who is an impact player, or who are you more likely to find on the rack at a sporting goods store or the official Pittsburgh Steelers Pro Shop?

You can make some bad bets too, but let’s get to the better ones first.

I had waited to publish this article until the zero hour before the 2021 season kicks off, anticipating news of a megadeal for the Steelers perennial All-Pro and Defensive Player of the Year candidate.

With the new four-year extension announced, Watt is now under contract through 2025: that’s longer than any other Steeler on the roster, including this year’s rookie class!

With such an explosive star under a long-term deal, Watt’s jersey is the one to own for years to come.

The Steelers first round draft pick is usually a safe bet for a new uniform purchase, seeing as they should see immediate action on the field.

At a skill position, such as running back, the potential for having a safer buying bet is here with Harris, who is under contract for four years, and could be extended to a fifth-year option down the road, putting the longevity of this purchase into the same 2025 territory as T.J Watt.

Last year’s “top” pick burst onto the scene and appears to be trending to superstardom himself.

Under contract for this season, and the following two, Claypool will still give you a lot of bang for your buck on Sundays.

Could this be Big Ben’s final season?

That’s still undetermined, but as a current player who is no doubt a future Hall of Famer, Ben’s #7 is a jersey that may outlast every other name listed in this column!

Fitzpatrick checks all of the same boxes as T.J. Watt, except that his megadeal will come next season – Fitzpatrick is currently on the fourth year of his rookie contract and the Steelers have exercised his fifth-year option for 2022.

I have no doubt that the team will pony up some money and extend him to a similar long-term extension as they did Watt – maybe not for as much money, but you can at least feel safe parting with yours to have 39 on your back.

Rookies can be risky, but the Steelers second round pick this year will get on the field a lot. He’s poised to breakout as a rookie, and while his jersey isn’t an easy one to acquire yet, once word of mouth starts to travel, you’ll see his hanging up in store windows all over the Steel City by midseason.

It pains me to say this, but we do not know JuJu’s status beyond the one-year deal he settled for to return to Pittsburgh this season. The Steelers are fairly stacked at wide receiver, and may choose to move on, rather than give JuJu a big pay day.

That’s a substantial risk for you too if you buy his jersey. It could quickly become an afterthought around this time next year.

Haden enters the final year of his current deal after seeking an extension during training camp. It appears that the cornerback initiated the talks, and was turned down, prompting him to tweet out “last dance”.

As with JuJu, this could be a one-year worthy purchase with no future use to it. Buyer beware.