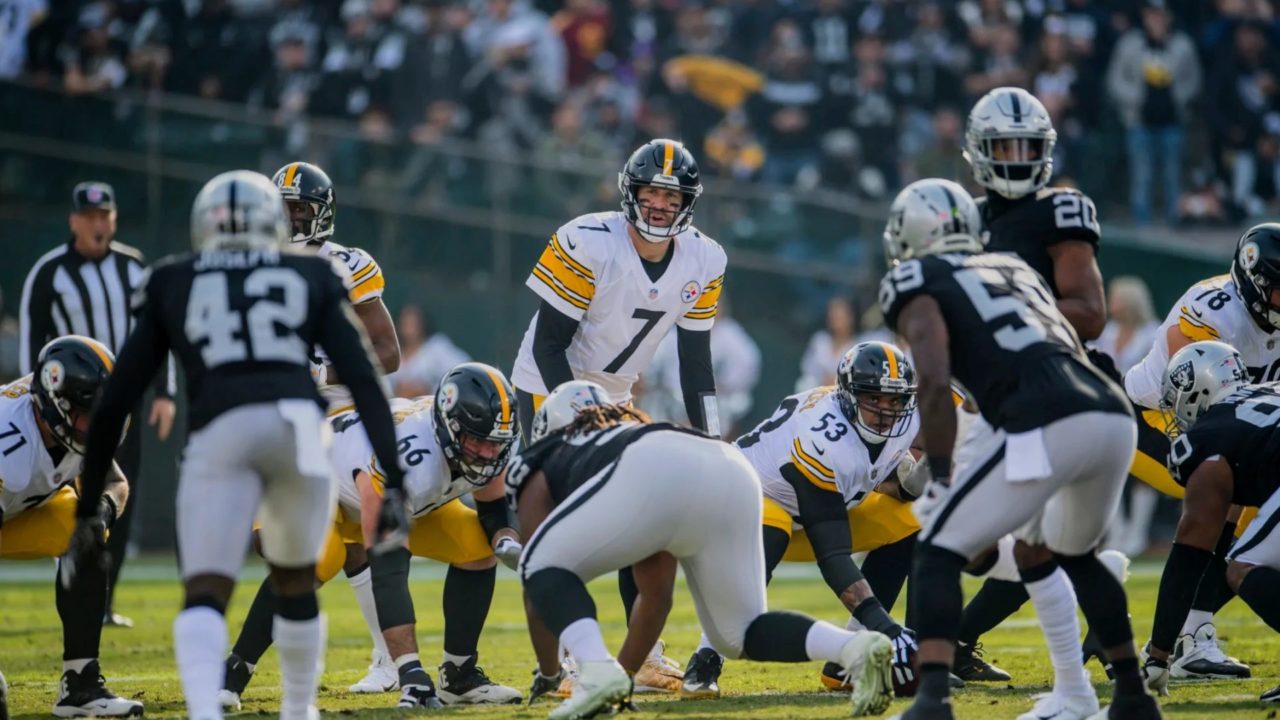 Last weekend was a very exciting opening weekend of NFL football, especially for Steelers fans. Pittsburgh went on the road and pulled off what many considered an upset over a highly-touted Buffalo Bills team. However, each week is a new week and this week’s opponent started off the 2021 season with a win of their own.

The Las Vegas Raiders survived a back and forth overtime game on Monday night with a victory over the Baltimore Ravens. While that was a very good win, things will be tougher this Sunday as they go on the road to face the Steelers for their home opener at Heinz Field. With a lot left to be seen from both teams in this matchup, let’s take a deep look at this week’s opponent, the Las Vegas Raiders.

Offensive guard Denzelle Good was placed on the Injured Reserve due to an ACL injury so he will miss Sunday’s game. Fullback Alec Ingold is listed as questionable with a leg injury but things are looking promising for his status as he was able to participate in limited fashion on Wednesday.

Can Derek Carr continue to produce?

As someone who has personally never been high on Raiders starting quarterback Derek Carr, he showed up when it mattered on Monday night. He made some very clutch plays down the stretch, including a game-winning touchdown, and currently leads the league in passing with 435 yards for two touchdowns and one interception.

His go-to guy this year will be star tight end Darren Waller who plays more like an extra receiver. Waller caught ten passes for 105 yards and a touchdown in their week one victory. He will be joined in the passing attack by a younger receiving core with plenty of potential in Henry Ruggs III, Bryan Edwards, Zay Jones, Hunter Renfrow, and Willie Snead IV.

Carr will face a talented Steelers secondary led by free safety Minkah Fitzpatrick. Last week, this group gave up 254 passing yards and a touchdown to rising star Josh Allen but were unable to come up with an interception. Luckily for the Steelers, they did find a pleasant surprise in defensive back Tre Norwood who played well with a ton of snaps on Sunday.

As for the Las Vegas passing game, I would worry mostly about the pass rush of the Steelers if I were the Raiders. They have a banged-up offensive line going up against a very dangerous defensive front consisting of T.J. Watt, Cameron Heyward, Tyson Alualu, Alex Highsmith, and Melvin Ingram. They will look to improve on their two sack performance from last week.

On the ground, the Raiders struggled on Monday night. Josh Jacobs was their leading rusher with ten carries for only 34 yards but did score two touchdowns. Jacobs looks to be their lead back this season but will share some of the workload with the newly acquired Kenyan Drake. If Jacobs is unable to go this weekend, this will be a huge opportunity for Drake to try to earn himself a bigger role as he only had six carries for 11 yards against the Ravens.

They will be going up against a stout defensive front for the Steelers that allowed only 117 yards on the ground and zero rushing touchdowns against the Bills. As I mentioned already, they have a very talented defensive front with Watt and company but they also have two very impressive linebackers behind them in Devin Bush and Joe Schobert.

Raiders Need More Out of Their Defense

While they came away with the win, the Raiders did not look super impressive on the defensive side of the ball. They gave up 401 total yards of offense which puts them at 21st in the league in total defense and gave up 27 points against the Ravens.

The biggest flaw in their defense looked to be on the ground as they are currently last in the league in run defense, allowing 189 rushing yards and two rushing touchdowns against Baltimore. However, this is also largely due to the added rushing weapon in Lamar Jackson at quarterback for the Ravens.

The defensive line for the Raiders is led by a very talented young defensive end in Maxx Crosby who could give the Steelers a tough time going up against right tacke Chukwuma Okorafor. Crosby will be joined on the line by Ngakoue, if he’s healthy, at the other end with Johnathan Hankins at nose along with Solomon Thomas and Quinton Jefferson splitting time at defensive tackle while McCoy is out. Clelin Ferrell and Carl Nassib (if available) will rotate in at end. Behind them, they have two solid outside linebackers in K.J. Wright and Corey Littleton but could be in trouble at the middle linebacker spot as both Kwiatkoski and Perryman are listed as questionable.

They will be going up against a Steelers run game that struggled to get much going on Sunday. Rookie running back Najee Harris will be looking to improve on his rookie debut in which he only rushed for 45 yards on 16 carries and failed to find the end zone. He will have to get a better push from his inexperienced offensive line so that he can do all the things that got him drafted in the first round.

Against the pass, the Raiders faired much better against Baltimore. They only allowed 217 yards through the air which puts them at tenth in the league in passing defense. They also only allowed one passing touchdown and their pass rush forced three sacks but they failed to come up with an interception. They acquired a talented veteran cornerback in the offseason in Casey Hayward Jr. to give them much needed improvement at the position. He will be joined at corner by Trayvon Mullen Jr. with Nate Hobbs and Damon Arnette rotating in.

On the back end of the defense, the Raiders picked up a very talented rookie safety in Trevon Moehrig to play free safety. The hard hitting Johnathan Abram will start alongside Moehrig at the strong safety spot.

This group will be facing a Steelers passing game that looked out of sync for the most part on Sunday. After being the strong point in their offense for most of last season, quarterback Ben Roethlisberger struggled in Week One, going 18/32 for only 188 yards and a touchdown. His top guy yardage wise this past weekend was Juju Smith-Schuster who caught eight passes for 52 yards.

Hopefully this young offensive line will be able to keep Ben on his feet this week and give him time to get the ball to JuJu along with his talented teammates in Chase Claypool and Diontae Johnson among multiple other weapons.

While both of these teams started off undefeated for the 2021 NFL season, they both still have plenty to prove. In their home opener at Heinz Field, the Steelers will be looking to put on a show for what I fully expect to be an electric crowd.

Although I think the Raiders can make this interesting and hang-in for about a half or three quarters, I see them having major issues on both sides of the ball. If Jacobs can’t play, they will be relying heavily on the passing game and I see the pass rush of the Steelers making it very difficult on an already banged up offensive line. On the other side of the ball, I see Ben getting in sync with his receivers and although I made the same prediction last week, I truly think this could be a big game for Harris to establish himself as a pro.

The Raiders are banged up in their front seven which could create some holes for Harris to run through. Like I said, I see this game being interesting for a little but the talent gap will take over and the Steelers will win this one by at least ten points when this is all said and done.