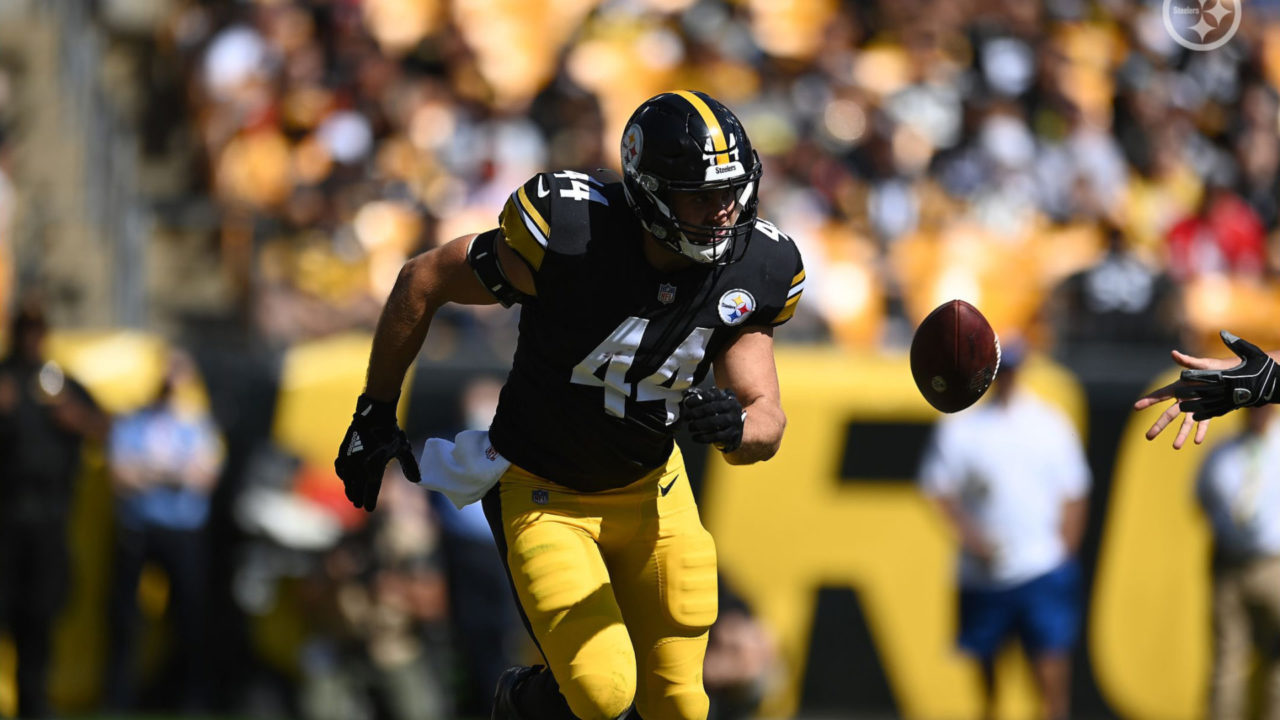 9 Steelers surprises from Sunday’s loss to the Cincinnati Bengals

I feel so many darn emotions during Steelers games, and Sunday’s snafu against the Cincinnati Bengals was no different.

The number of indentations on my head, from scratching it so often during the game, are countless.

The surprises this week are all in the negative column – mostly. Yet, these are items that I didn’t expect to see when the Steelers took the field.

Here are my choices for this week’s Steelers surprises.

When one of my pregame “keys” to victory was getting Najee Harris more involved in the passing game, I didn’t intend that to mean 19 targets – and leading the team with 14 catches for 102 yards.

I welcome the days of saying there’s a receiving threat out of the backfield, but it was often checkdown madness from Roethlisberger (who attempted 58 passes on Sunday – with a bad pec muscle!)

How difficult was it to hear Mike Tomlin and Ben Roethlisberger try to describe what should’ve happened when the collective decided to go for it on 4th-and-Goal this week?

We had fired all of our bullets at that juncture in terms of some of our play selection. It just wasn’t a good enough play to get in there. They had a picket fence, if you will, because of situations just like the conversation we were having over here. They’re going to allow you to probably throw and catch the ball in front of them, but you’ve got to do some things after that. They had a bunch of guys running along the goal-line like happens whenever it’s fourth and goal from the eight or nine or whatever it was.

Sorry coach, that’s just not good enough. In fact, you deserved the boo birds that came out at Heinz Field, in front of thousands of fewer fans that failed to show up. You’re going to have to earn that back – and plays such as this one aren’t helping matters. It looks self-defeating…

How many of Harris’ long runs on Sunday were called back?

And how on Earth does Chukwuma Okorafor suffer a concussion on a false start penalty? (Not to poke fun at that, but he had to have been feeling it before sending the Steelers further backward, right?)

It was a comedy of errors that saw Steelers drives fall flat and Bengals drives continue: including what would’ve been a 3rd-and-long taken away by a Melvin Ingram roughing the passer call which then led to a Ja’Marr Chase touchdown catch moments later, with only half a minute remaining before halftime.

Take some of these mistakes away, and the Steelers are far more competitive on Sundays.

I won’t belabor this. They were ugly and unnecessary – and set the Bengals up with great field position.

Win the turnover battle, win the game. Simple as that.

Seeking to cure their run game woes, fullback Derek Watt finally saw some action on the offensive side of the ball, logging 7 snaps total and even catching a short, shovel pass for three yards.

When it rains it pours: Boswell misses a 42-yard field goal attempt at a time where the Steelers needed points on the board – preferably a touchdown – but any points would’ve helped.

Instead, it was yet another black mark during a bad game from a player who is (almost) always clutch.

The former seventh round draft pick, North Dakota State prospect, who was signed to the practice squad on September 1st (and is on his second team in the NFL in as many years) outplayed Jamir Jones.

Tuszka was elevated from practice squad to play against the Bengals and would register 27 snaps (57%), which is more than Jones’ 20 snaps (43%). Jones made the active 53-man roster, but injuries to both T.J. Watt and Alex Highsmith necessitated their roles on Sunday.

The Streak is Over

What a carryover from last week: and not in a good way.

The Steelers had ruled out Watt on Saturday. In addition, Alex Highsmith, the team’s other starting outside linebacker was already ruled out prior.

The defensive front is still missing Stephon Tuitt and lost Tyson Alualu against the Raiders.

That led to the Steelers 75 straight games with a sack record to end on Sunday, as they failed to generate any pass rush of note, sacking Joe Burrow zero times.

More injuries to JuJu Smith-Schuster (in-game) and Diontae Johnson (from the previous game, ruled out against Cincy) necessitated White’s elevation from the practice squad.

The bright side is that White was involved, catching both of his targets for 15 yards: one of which was a key reception that gained a first down.

He also looked willing to block. It was a small fresh breath of air when the rest of the game smelled like a dead skunk.