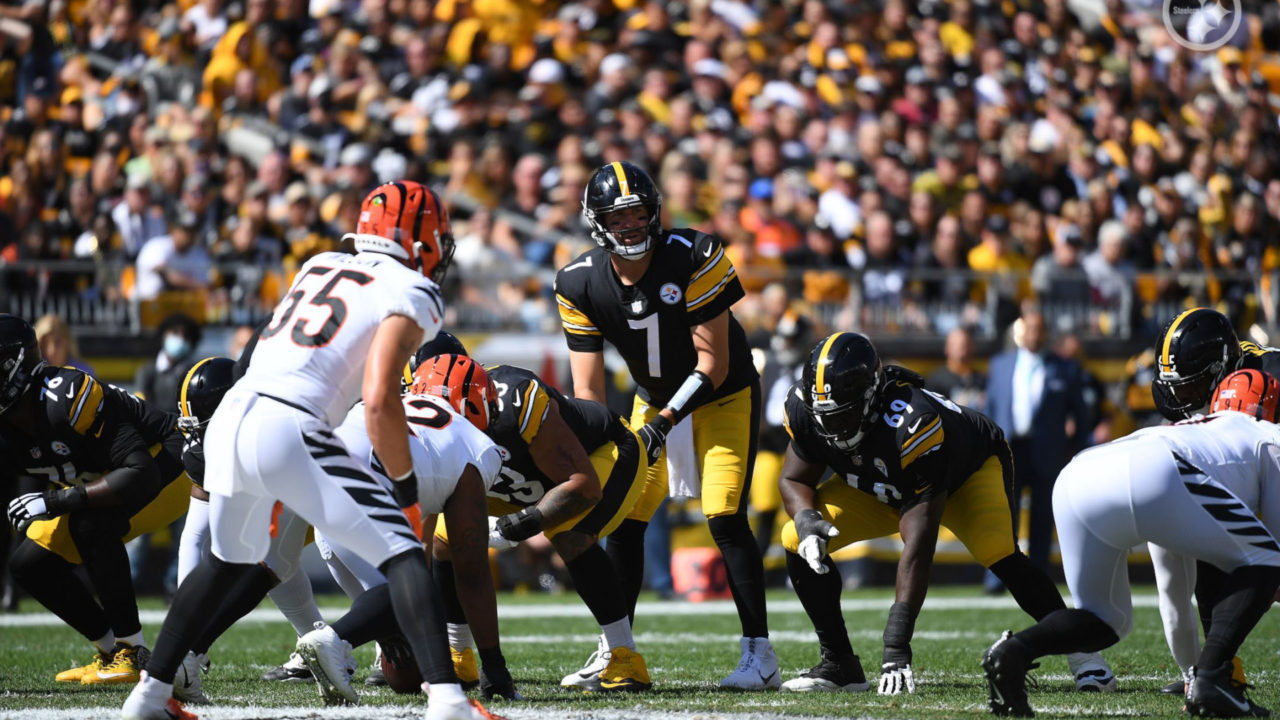 Welcome to my weekly edition of “Overreactions from Steelers Nation”. This week, I’m diving deep into the panic-induced fluster fans feel when their favorite team loses.

For us, that happens to be the Pittsburgh Steelers, who dropped a game to the Cincinnati Bengals.

Gasp! How could that be? What’s wrong? THE SEASON IS OVER!

I’m here to talk you off that ledge my friend…

Let’s start quickly with the defense – and repeat after me – there was no pass rush!

Missing a two-time DPOY finalist T.J. Watt tends to be irreplaceable, but when you also remove his partner in crime, the other starter, Alex Highsmith, then things become untenable with an undrafted rookie (Jamir Jones) and a practice squad call up (Derrek Tuszka).

Jones’ performance was so below the line that Tuszka not only out-snapped him on Sunday, but literally took his job, as the Steelers parted ways with Jones on Tuesday and signed Tuszka to the 53-man roster.

Also keep in mind that the Steelers are without two other defensive line starters and mainstays, as Tyson Alualu and Stephon Tuitt are both on IR.

Any combination of Watt, Highsmith, Alualu and Tuitt is a lot to make up for, let alone missing all four of them. (Brighter days are ahead Nation!)

Ben Roethlisberger didn’t exactly have a game for the ages Sunday, tossing two bad interceptions and mostly being out of sync with his offensive teammates for a variety of reasons.

One of those reasons, the offensive line, is scrutinized in further detail below. However, Roethlisberger himself appears to be holding onto the ball too long or making some awkward decisions.

It could be the learning curve of a new offense under Matt Canada (who is taking plenty of blame as well) but I’ll simply remind everyone that BEN WAS HURT AND COULDN’T PRACTICE ALL WEEK!!

It’s like people can’t remember what they ate for breakfast let alone that one week ago they were biting their nails about Mason Rudolph potentially being the starter – which for the record, Rudolph or Dwayne Haskins are the options. Not Deshaun Watson. Not Cam Newton. (Just stop it!)

Okay, the run game is still not where we all might want it, but did we at least get a glimpse of where Najee Harris is headed as a pro? 14 carries for 40 yards isn’t wonderful, but getting Harris involved in the pass game, to the tune of 14 receptions for 102 yards (on 19 targets!) is enough to put the rookie running back into all of the daily fantasy sports NFL tips, as those stats reach the heights of another former Steelers back who was once touted to be the team’s “WR2”. (If you’re lost, that was Le’Veon Bell. His dynamic out of the backfield was certainly part of those explosive mid 2010 Steelers teams.)

In short, we haven’t seen the best of Najee’s ground game yet, but it could be on the way…

A Pittsburgh radio personality said he didn’t think the offensive line could be worse than last year’s version and is retracting his statement.

I’m not jumping ship just yet – and here’s why.

Firstly, does anyone remember when the o-line was committing a bunch of penalties several Septembers ago? (Of course not. Yinz couldn’t recall Ben’s pec injury.) Mike Tomlin had to call in referees for practice to throw flags and tighten their discipline.

Right now, the biggest issue with the offensive line is… time. They haven’t played together and I’m not just talking about this year – I’m talking about since Week 1.

Going back to the memory banks, how many fans were all over Kevin Dotson for being “demoted” and “out of shape” when he was simply injured and not participating in training camp sessions? Similarly, Trai Turner was unavailable too.

Neither guard got the full-on first reps time that Kendrick Green did, and when you factor in Chuks Okorafor was being trialed as the left tackle, and not the right, you have a lot of moving parts in a short period of time.

Fourth round draft pick Dan Moore Jr. became the Steelers starting left tackle leading into Week 1, when Zach Banner was a no-go to start this season. That necessitated Chuks’ move from left back to right, meaning four of the five starting offensive linemen haven’t even been at their current posts for a full month.

Yes, every single one of them committed a penalty on Sunday – that’s bad. But it’s also a coaching and continuity problem that (hopefully) doesn’t expand in Pittsburgh.

My gut reaction is giving them time. If at least two or three of these young men rise above the level they’re currently expected to be failing at, the Steelers will be just fine.