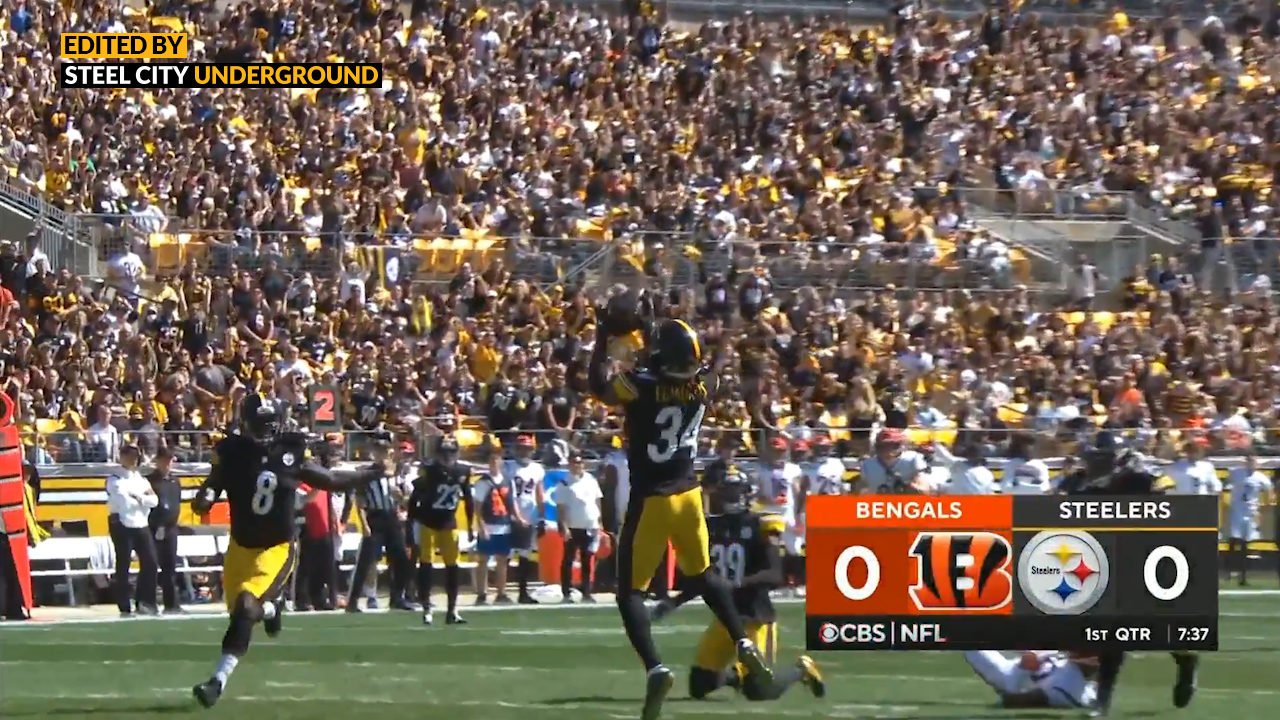 The Week 3 game between the Pittsburgh Steelers and Cincinnati Bengals was more of a battle than many expected. With some key pieces of their defense sidelined, Pittsburgh knew it needed to step up its game on that side of the ball in order to help a struggling offense. The defense didn’t get a ton of pressure on Joe Burrow but did grab their first interception of the season thanks to a heads-up play by Minkah Fitzpatrick and Terrell Edmunds.

After the Steelers offense was unable to make much of their two opening drives, the defense was put back on the field.

On second-and-five, Burrow called for the snap from the shotgun position. The throw was smooth, and not rushed, but Burrow tried to thread the needle too much as he targeted receiver Tyler Boyd in the center of the field. Boyd, covered well by Fitzpatrick, had no chance at the ball as it was deflected high and away. Edmunds, moving forward to contain a potential catch, grabbed the tipped ball, secured it, and returned it 15 yards to earn the first Steelers interception of the season.

The play was one of the Steelers’ only highlights in a game that was plagued by injuries, penalties, and poor execution and resulted in a team loss; Pittsburgh’s second “L” in back-to-back weeks in what will be a long season.