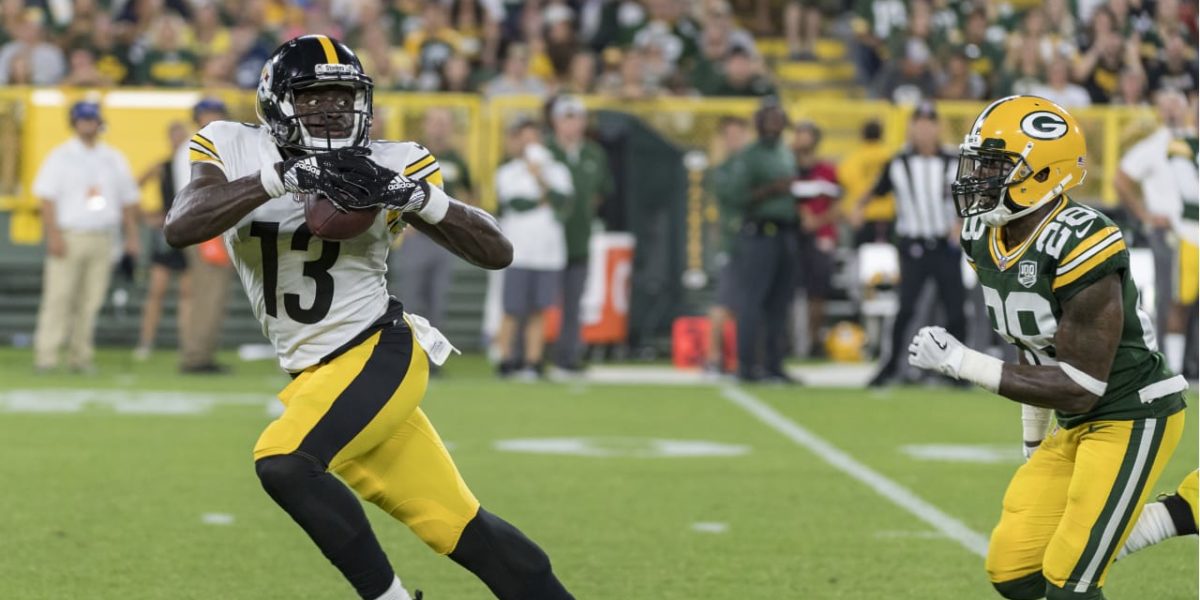 The 5: Pittsburgh Steelers to watch versus the Green Bay Packers

Two weeks in a row of disappointing play has this Pittsburgh Steelers team and its fans in a bit of a quandary. Is the season tanked? Can the offensive line gel? Does Big Ben still have what it takes? Can the defense recover from injuries to become dominant again? They’re all questions that have been asked leading up to NFL Week 4.

Some of the questions have been knee-jerk reactions because Steelers fans have been, and will always be, placing high expectations on their team. Others are legitimate concerns. This week, we look at five Steelers who could help answer some of those inquiries and settle this team into a less chaotic pattern forward.

Dan Moore, Jr. and the O-line

The offensive line was a potential liability before the season began due to the infusion of young guys, including two rookies. They’ve had to learn as they go.

Part of the issues they’ve had is a lack of time to fully gel as a unit. An All-Pro line isn’t made in three weeks or the preseason. Learning how to work with quarterback Ben Roethlisberger – timing, movement, gap protection, scheme – while trying to get the run game going hasn’t been as productive as hoped.

“It’s frustrating… Just because we put a lot on ourselves, and we know we have to get the running game going. We haven’t performed and we got to do better. We know that.” -Dan Moore, Jr.

Watch for Moore to take more on himself this week as the Steelers potentially make additional changes to their offensive front.

With all the social media buzz surrounding Aaron Rodgers stating he loves Pittsburgh, this week will be an excellent opportunity for Roethlisberger to bounce back, make better reads, trust his receivers, and pull the trigger without as much hesitation as he’s shown early this season. Rodgers isn’t replacing Big Ben, and – to be honest – as much as some fans would love to see Rodgers in black and gold, Roethlisberger has better overall career numbers.

If Roethlisberger can settle down and make good reads and decisions this week, he could earn back a ton of the respect he formerly had as a leader and top-caliber NFL quarterback. He needs to rely on Najee Harris early, as well, and keep feeding the rookie. In other words, Ben ain’t done yet, yinz.

The defensive backfield got caught out of position a few times over the last couple of weeks but a big game from Haden would help the Steelers defense overall. He has veteran experience and will be tasked with keeping the lines of communication clear. He’ll need help from Minkah Fitzpatrick to make that possible.

The hope is that T.J. Watt and Alex Highsmith will be able to play in Green Bay. A healthier pass rush would definitely take less pressure off the defensive backfield to get too creative in coverage of both the run and pass. With Cameron Sutton playing all over the field, Haden will be key in preventing the Packers from turning the game into a shootout.

Every time the Steelers stumble as a team, calls for the heads of the coaching staff fill social media. Frustration boils over.

Tomlin and Canada are still building their coaching relationship while trying to educate and prepare their players to execute. The duo need to be aggressive in this week’s game. The players need them to make adjustments. The fans want to see them push the team to pick up the pace and not fold under pressure.

Eric Ebron has not been a trustworthy target to this point in the season. Part of that is evidenced by the fact Zach Gentry has gotten as many snaps at TE3 as he has.

With injuries to JuJu Smith-Schuster and Diontae Johnson still unclear (as to level of severity) heading into this game, Freiermuth is a valuable target. His ability to adjust and make tough catches is a plus that the Steelers should leverage against the Packers.