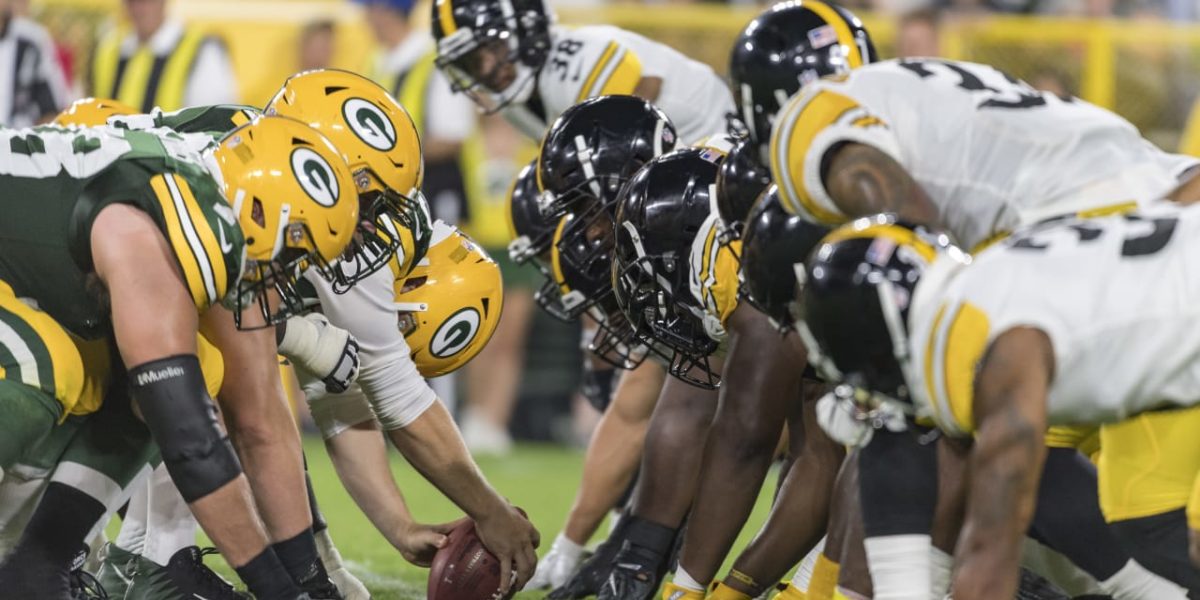 Steelers Scouting Report: What to Expect From the Green Bay Packers

As we head into Week 4 of the 2021 NFL regular season, times are not promising for Pittsburgh Steelers fans. The Steelers dropped their second straight loss in embarrassing fashion at home against the Cincinnati Bengals last weekend. With the loss, they now sit at a record of 1-2 and are in last place in the AFC North.

Luckily, there is still a lot of football to be played so, not all hope is lost. However, the Steelers have to get rolling quickly if they want to get to where they want to be, and this week’s game will be a tough one.

The Steelers will travel to Lambeau Field this Sunday to tangle with a very talented Green Bay Packers team that is looking to keep their momentum going in the right direction. With that being said, let’s take a closer look at this week’s opponent.

While the Packers will still have a ton of talent on the field Sunday, they do have a handful of key injuries to keep in mind. They could be without two starters on the offensive line as tackle David Bakhtiari is already out with a knee injury and guard Elgton Jenkins is listed as questionable.

Star running back Aaron Jones (ankle) and rotational wide receiver Marquez Valdes-Scantling (hamstring) are both listed as questionable. Jones was limited in Wednesday’s practice and Valdes-Scantling is still under evaluation.

On defense, the Packers will already be without outside linebacker Za’Darius Smith (back) and Will Redmond (toe); both were placed on the injured/reserved. Defensive tackle Tyler Lancaster is also listed as out for the moment due to being placed on the COVID-19 list. Cornerback Kevin King, safety Vernon Scott, and linebacker Khrys Barnes (concussion) are also listed as questionable.

Packers offense in their “last dance”

One of the biggest headlines this season surrounded Aaron Rodgers not wanting to be a Packer. Luckily, for Green Bay – at least for this season – he agreed to play out the year and will be a free agent next year.

Star wide receiver Davante Adams also made headlines as he is a free agent next year and made a “Last Dance” post with Rodgers on social media.

If this is indeed their last season together as a unit, this offense got off to a slow start in a blowout Week One loss to the New Orleans Saints. However, they have picked it up the past couple weeks. Rodgers has thrown for 649 yards with six touchdowns and two interceptions so far.

Adams has continued to be Rodgers’ go-to guy as he is fourth in the NFL in receiving with 25 receptions for 309 yards and a touchdown. He will be joined in the passing attack by veteran Randall Cobb who just returned to the Packers along with Valdes-Scantling (if healthy), Allen Lazard, rookie Amari Rodgers, and tight end Robert Tonyan.

The Packers will be facing a Steelers secondary that is usually dangerous but has struggled this season. The Steelers are 20th in passing defense, allowing 266.3 passing yards per game and six total passing touchdowns while only forcing one interception. They still have All-Pro free safety Minkah Fitzpatrick, but he has yet to make any big plays so far this season.

Pittsburgh will also hope to get T.J. Watt back and possibly Alex Highsmith who were both out with injuries last week, leading to very little pressure on the quarterback.

While their passing game is very good, the Packers also have an extremely talented running back. Aaron Jones has become a star in the league. Just two weeks ago, against the Lions, he made fantasy football owners very happy as he showed his ability in both the run and the pass, scoring four total touchdowns. On the season, he has 41 carries for 158 yards and two rushing touchdowns.

This week, Jones will be facing a Steelers defense that is at their strongest against the run. The Steelers are tenth in the NFL in rushing defense, giving up 88.3 rushing yards per game and have yet to allow a rushing touchdown this season.

Unfortunately, Pittsburgh is without two starting defensive linemen in Tyson Alualu and Stephon Tuitt, so Isaiah Buggs will have to step up. However, they still have team captain Cameron Heyward along with Watt and two very good linebackers in Devin Bush and Joe Schobert behind him.

While they aren’t one of the elite defenses in the league, the Packers have continuously had a top- ten defense in the NFL. They currently sit at ninth in the league in total defense, allowing 321.3 total yards per game and 27.7 points per game.

The strength of this defense has been in their secondary. Green Bay currently ranks ninth in the NFL in passing defense, allowing 206 passing yards per game and nine total passing touchdowns while coming away with two interceptions so far.

Their secondary is led by arguably a top-five cornerback in the league in Jaire Alexander. He will be joined at corner by Kevin King, but if King isn’t able to be cleared to play, first-round pick Eric Stokes will be his likely replacement. They also have a very talented duo at safety in Adrian Amos and Darnell Savage.

Unfortunately, this is a matchup that does not bode well for the Steelers on paper. I say this because the passing attack has been almost non-existent this season. Quarterback Ben Roethlisberger has been a shell of himself and the Steelers simply can’t get any rhythm going.

Hopefully the Steelers can get Diontae Johnson back this week as he is Ben’s go-to guy and was missed last weekend.

Against the run, the Packers have been in the middle of the pack this season. They currently sit at 16th in the NFL in rushing defense, allowing 115.3 rushing yards per game and two rushing touchdowns so far. Their front seven is headlined by nose tackle Kenny Clark who is joined on the defensive line by Dean Lowry and Kingsley Keke at the ends.

This group will be facing a Steelers offense that looks to have found their franchise running back in rookie Najee Harris. While Harris only has 123 yards with zero touchdowns on 41 carries, he showed signs of how dangerous he can be last weekend, especially in the passing game. This could be a week that he can take that next step.

This is a hard game for me to predict as it is tough to be positive as a Steelers fan right now. Also, Green Bay clearly has the better team right now and have the home field advantage.

However, this still somehow seems like a game the Steelers can pull out. Rodgers will make things very hard for the Steelers secondary and put up some strong numbers regardless, but his success depends on some of these injuries for Pittsburgh’s defense: if the Steelers can get Watt and possibly Highsmith back, it changes this game.

Even just getting Watt back makes a huge difference for Pittsburgh. If neither Watt or Highsmith are able to come back, it could make for a long afternoon as the pass rush was non-existent last week without them.

Offensively, the Steelers’ line must step up and help Roethlisberger have time to make some plays to give him some confidence back.

This game is going to be a lot closer than most analysts will pick and I have the Steelers finding some luck and pulling this one out 27-24 in dramatic fashion to give their season some hope.