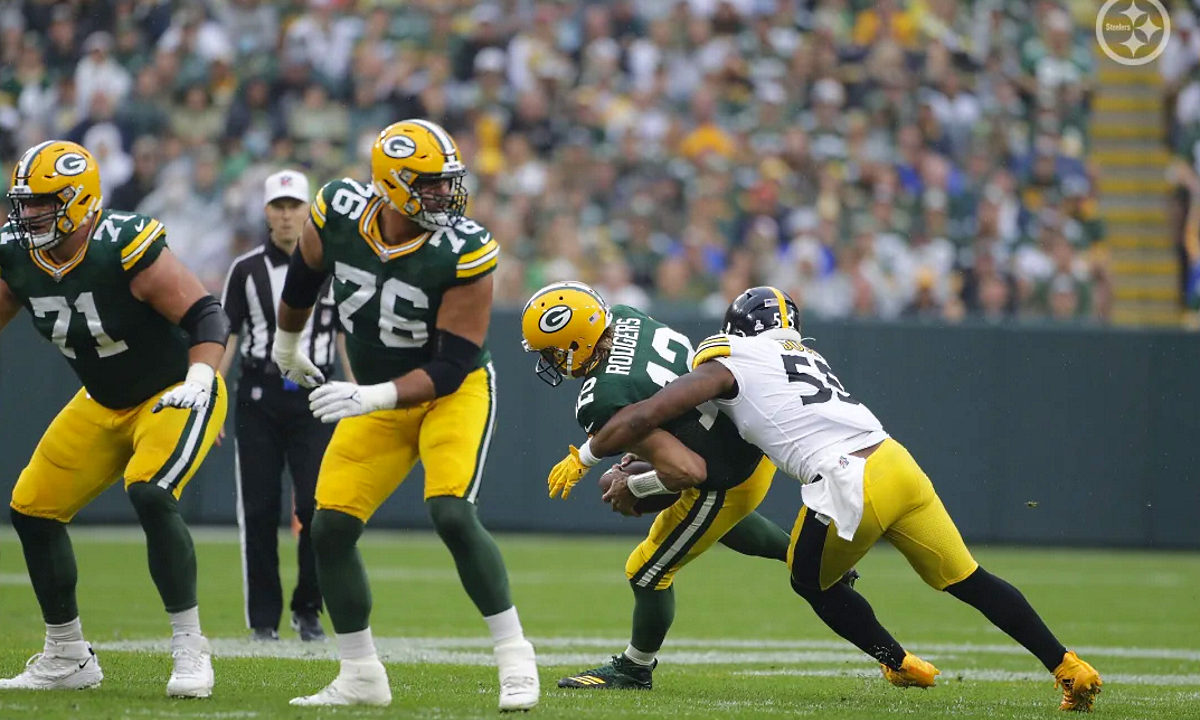 The Steelers notch their first road defeat of the season with a loss to the Green Bay Packers at Lambeau Field. Even though there’s plenty of negatives, there are some game balls to hand out in this 27-17 squandering of an opportunity to bounce back, even though they’ve become increasingly hard to distribute this season.

It didn’t take long for Diontae Johnson to show up on the stat sheet on Sunday. Johnson made his presence felt in the first quarter with a 45-yard touchdown reception from Ben Roethlisberger.

Johnson finished the game with 13 targets, nine receptions for 92 yards, and one touchdown.

Johnson wasn’t the only one that notched a first in this game, Devin Bush was the other one. Bush got the game’s first sack for the Pittsburgh Steelers. Bush blitzed up the middle and dumped Packers quarterback Aaron Rodgers for a six-yard loss.

Bush finished the day with six total tackles (5 solo, one assisted), one tackle for loss, two quarterback hits, and one sack.

T.J. Watt lit up the stat board in his return from injury. He racked up four total tackles (3 solo, one assisted), two sacks for a total loss of six yards, two tackles for a loss, two quarterback hits, and one fumble recovery.

Najee Harris receives the last game ball for Week 4. Harris had 62 rushing yards on 15 attempts (his longest run was 11 yards) and six receptions for 29 yards (on seven targets). Harris also had the first rushing touchdown of his NFL career on Sunday.